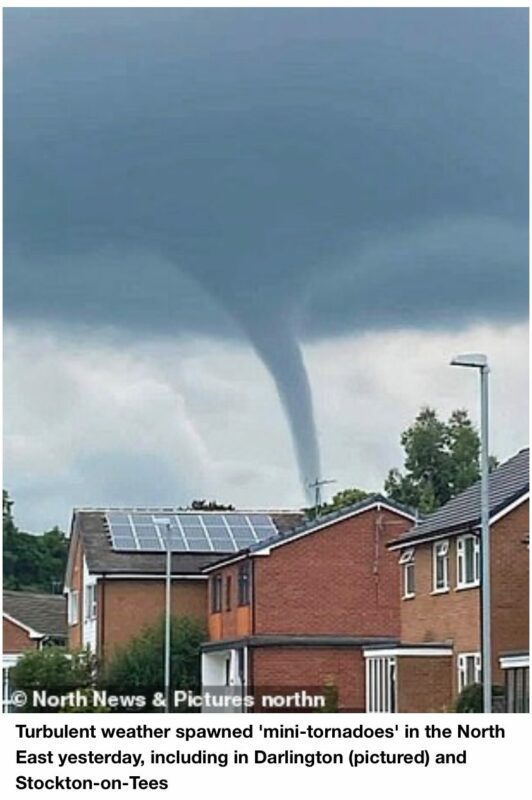 There was a lot of hot but turbulent weather early in July which spawned some thunderstorms and funnel clouds in places. This shot was taken over Darlington on 10th July. Technically this was not a tornado, as it didn’t touch down on the ground, but it was spectacular and probably quite scary for those under it!

We would encourage anyone who sees a funnel cloud (especially if it touches the ground to become a tornado) to report it to Torro.