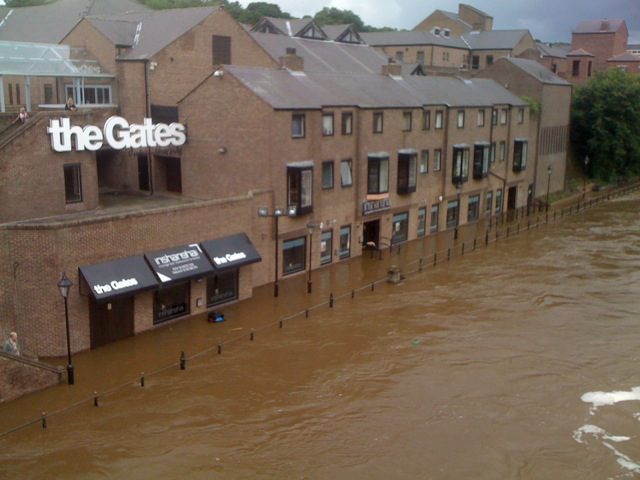 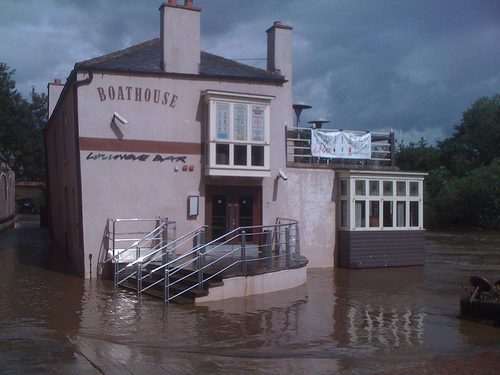 Some of the worst flooding in recent years was experienced in Durham during the very wet July of 2009. The River Wear burst it’s banks in the city and riverside businesses were inundated after more than 2” of rain fell in one day (64.2mm was recorded on the 17th), on top of already saturated  ground.

The most extraordinary weather episode in July occurred on the 17th when very high rainfall caused severe flooding in Durham; the University’s Maiden Castle sports centre was inundated for only the 3rd time since being built in the early 1960s.

A low pressure centre crossed the UK on the 17th to give a cool and wet day across Britain. Overnight rain affected much of England, Wales, S and E Scotland with falls also in E Ireland. 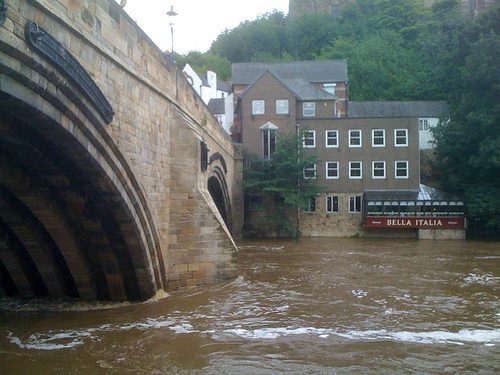 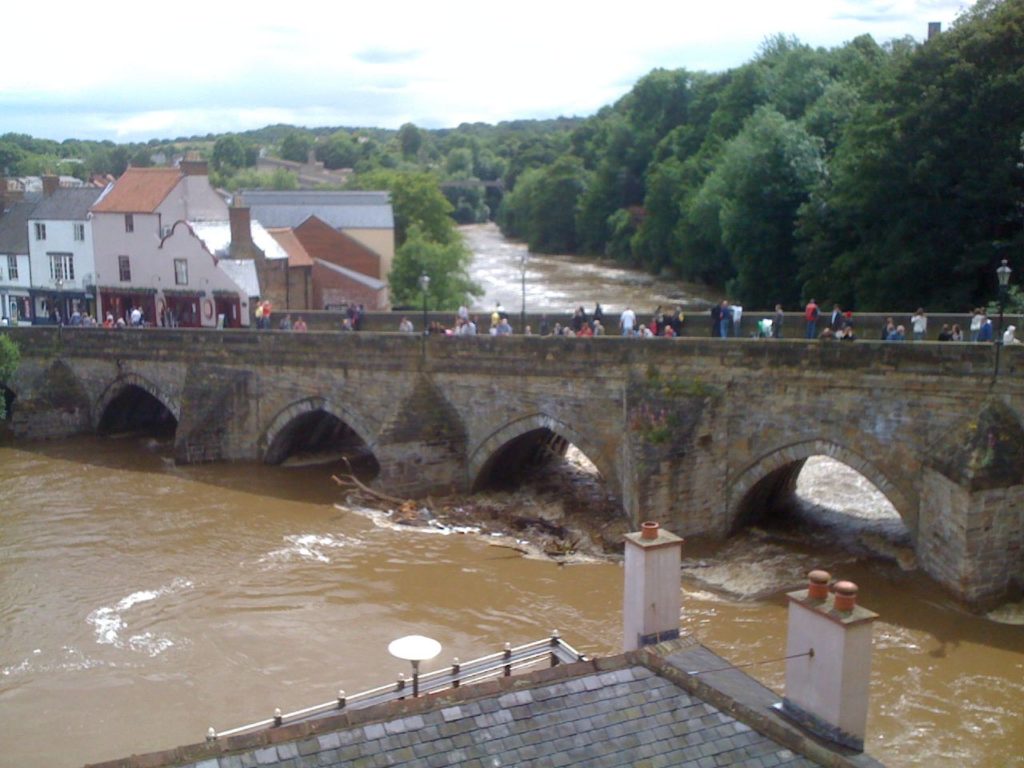 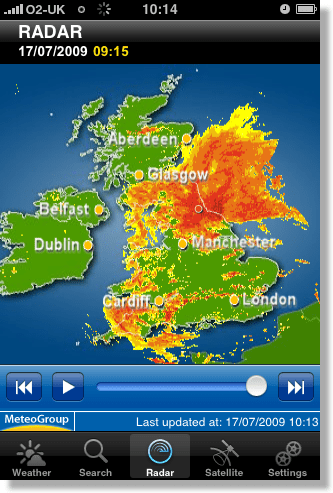 Here’s a view of The Half Moon Beer Garden, submerged in floodwater 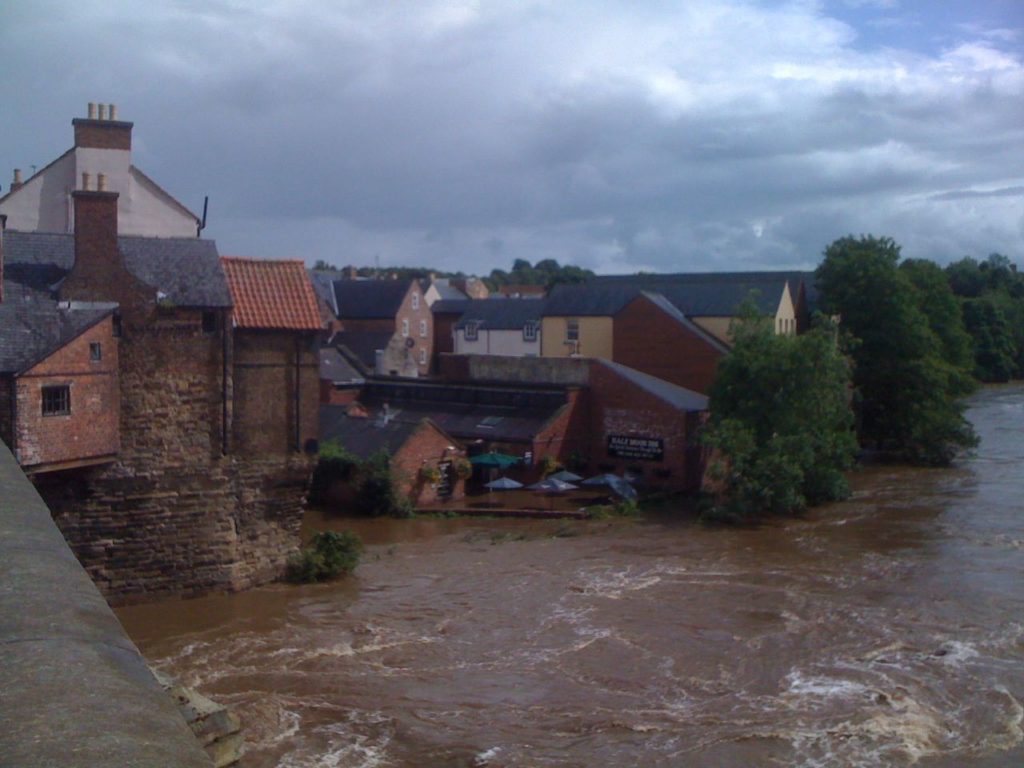 The Grand Canyon of Durham

This is the scene just to the East of Houghall College where floodwater tore a canyon in a field in it’s rush to join the River Wear. It is up to 100ft across, 15ft deep and 200 yards long. It is estimated that the water carried into the river up to 12,000 cubic metres of soil, weighing 15,000 tons, the volume of 25 swimming pools.

The Open University Geological Society people did a survey here. There’s some great photos here too, including a wheelie bin disappearing towards the North Sea.