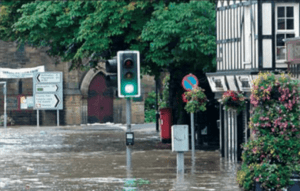 There’s a lot of talk going around about summer 2008 being the ‘worst in living memory’. Well, I hate that phrase, because it is basically worthless. The human memory is horribly fallible when it comes to remembering what happened when, especially regarding the weather.

The memory filters out things, depending on the activity being undertaken. It also has no concept of what is ‘normal’, and how current conditions compare to that norm. It is purely a qualitative measure, rather than a quantitative one. In addition, substantial bias creeps in due to media stories from elsewhere in the UK.

Some people also choose to disregard official weather statistics (ie the amount of rain, sunshine, temps recorded etc), thinking that their memory is perfectly infallible and that statistics always lie. These people always know best. There are quite a few around, and they always confuse ‘climate’ with ‘weather’. The fact that it has been cool for a couple of weeks means that climate change is indeed rubbish as far as they are concerned. Britain is obviously wetter than it’s ever been and summers are now always poor! So the hottest July since 1659, recorded just two years ago doesn’t count then?

This month, August has been qualitatively poor, but looking at the numbers, it’s not been exceptionally so from a quantitative standpoint. Temperatures have been unexceptional during the day (only 6 days > 20C here), but haven’t dropped very low at night so the mean is still slightly above average for 1971-2000 (the latest 30 year ‘normal’ we measure against). Temperature isn’t the only criteria with which to measure things however.

Rainfall this month has been way above average in most places, some getting 200% of normal. This sounds a lot, and feels soggy, but it is still well within normal climatic variation for any one place, and when we look back through historical records it occurs quite frequently. Sure, some records have been broken in Northern Ireland, but not everywhere.

In Eastern England, any sustained wet weather appears like a deluge for us because we actually live on the dry side of the country and are used to lower daily rainfalls. August 2008 has only had one completely dry day here, so this makes it feel a particualry wet month, but it isn’t when measured quantitiatively, compared to the normal and it’s range of variation.

Sunshine has been in the greatest deficit, and I put it forward that a summer without a good deal of sunshine feels much poorer than it really is. There can be poor temperatures and lots of rain, but lack of sunshine is the thing that makes people feel more down than ever about a summer. This summer has suffered from that, with August only yielding about 40% of normal sunshine.

That feels dismal and is probably why people feel it’s the ‘worst in living memory’, but hands up who can remember dullness? Who can recall which months in the past were exceptionally dull? Nobody, because it’s not something that can in fact be remembered meaningfully at all. We have to rely on statistics for this one, and as a whole the summer of 2008 has been below average for sunshine, but compared to others in the weather record it isn’t exceptionally poor.

What i’m trying to say is, let’s get rid of this ‘in living memory’ phrase, because it’s a meaningless, rubbish measure. People can’t remember more than a couple of years back at most, and if you asked them how two months compared weather-wise they wouldn’t be able to tell you. Numerical weather records are the only way to remove pure perception from the conditions experienced.

Remember, meteorology and climate are sciences and therefore must be approached as such, not in a way that relies on newspaper sensationalism, or taking individual instances as representative of wider areas, over longer periods. Qualitative perception is dangerous and fraught with difficulty. People say conditions are poor, but how many know what the quantitative normals are so they can compare their perception to those normals?

For those wishing to look back to see how much they’ve forgotten or were unaware of, look at https://www.trevorharley.com/weather.html