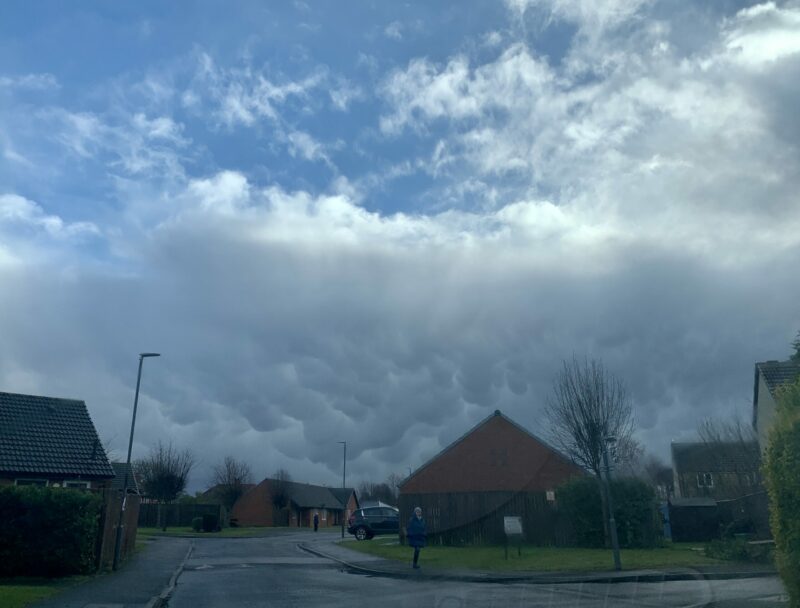 The following was observed just after the passage of a very potent shower on 6th February 2022. The ‘cows udder’ appearance of Mammatus Cloud is due to intense updraughts in the base of the cloud, effectively throwing precipitation back upwards, against gravity. They can be intensely turbulent, and aircraft are best advised to avoid them if they are on a flight path.

The cold front that passed through Durham actually resulted in a sleet shower and snow was observed on the high ground in the County further south and west. Not really unusual for February, but we had so  little snowfall this winter that it was worth the mention.