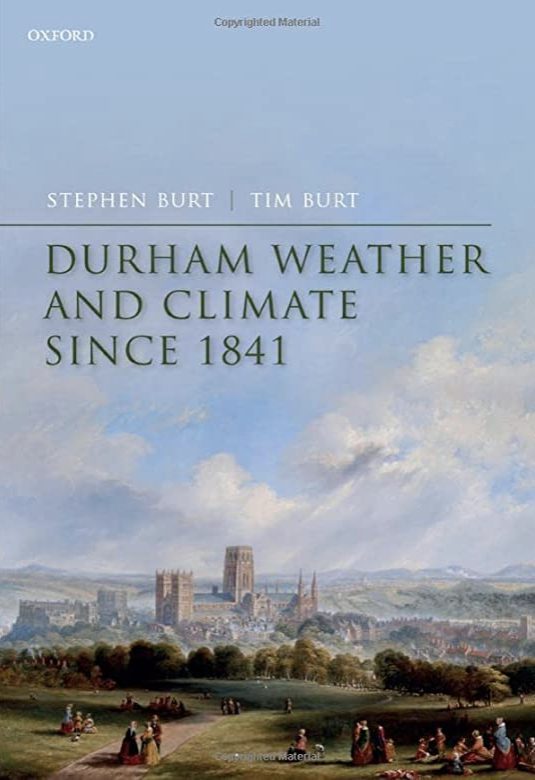 The British have always been obsessed by the weather. Astronomers at Durham Observatory began weather observations in 1841; weather records continue unbroken to this day, one of the longest continuous series of single-site weather records in Europe. Durham Weather and Climate since 1841 represents the first full publication of this newly digitised record of English weather, which will be of lasting appeal to interested readers and climate researchers alike.

The book celebrates 180 years of weather in north-east England by describing how the records were (and are) made and the people who made them, examines monthly and seasonal weather patterns and extremes across two centuries, and considers long-term climate change.

Local documentary sources and contemporary photographs bring the statistics to life, from the great flood of 1771 and skating on the frozen River Wear in February 1895 right up to Durham’s hottest-ever day in July 2019 and its wettest winter in 2021.

Extensive links are provided to full daily weather records back to 1843. This volume is a sister publication to Oxford Weather and Climate since 1767 by the same authors, published by Oxford University Press in 2019.

Durham University has a venerable history of observational climate science. When Gordon Manley, perhaps the greatest British climatologist of the 20th century, arrived in Durham in 1928 to establish the Department of Geography, he resolved to place the Durham Observatory weather records on the same basis as those of the Radcliffe Observatory in Oxford, which had long been recognised as a valuable resource. This book updates and extends Manley’s pioneering work. ― Karen O’Brien, Vice-Chancellor, Durham University

This definitive book beautifully discusses the variations in the weather and climate in Durham over nearly two centuries, including all the highs and lows. The long-term view provided by these detailed records clearly highlights the warming of our climate and the fingerprint of human influence on our weather, even at this local scale. ― Ed Hawkins MBE, University of Reading, UK

This lovingly-crafted history will be the envy of all long-term weather stations around the world. Tim and Stephen have respectfully interpreted the painstaking efforts of those who came before them, delivering an engaging and useful volume which transports you to the University grounds throughout the seasons and the decades.

As the Earth continues to warm, these kinds of careful histories will only become more important. ― Linden Ashcroft, The University of Melbourne, Australia 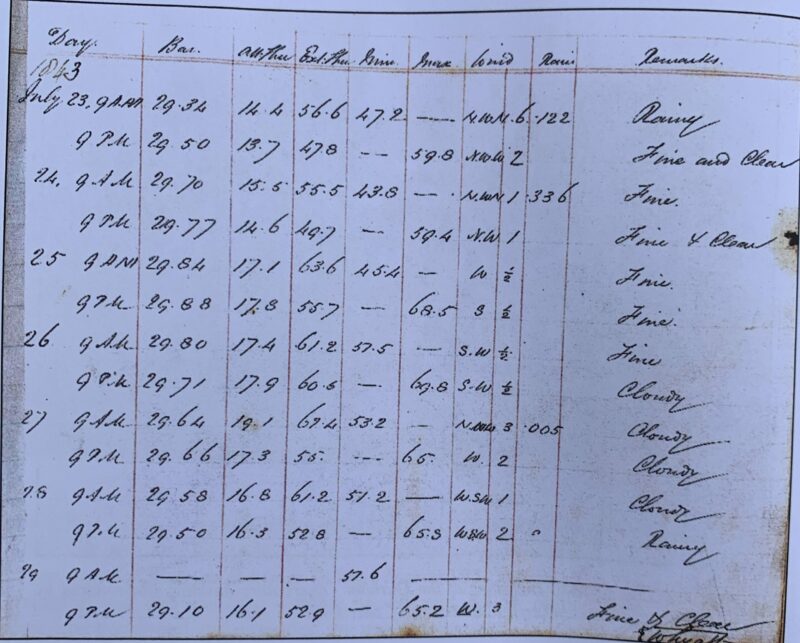 Durham Weather and Climate since 1841 undertakes a comprehensive rescue and analysis of this hugely valuable long-term meteorological station record including an in-depth reconstruction of the station history.

Climate science relies on long, carefully re-evaluated meteorological records. It is this long-term view that allows changes in weather and climate to be assessed and put into perspective. In Durham Weather and Climate since 1841, Tim Burt and Stephen Burt, two widely-known experts in the field, present another long record.

The book describes the history of weather and climate in northern England and the role of weather in daily lives. It tells the story of meteorological measurements in Durham, which at the same time is a story about astronomy, the University and about the life-long dedication of individuals such as Gordon Manley – and the authors of this book. ― Stefan Brönnimann, University of Bern, Switzerland

Durham has long been known for its eminence in meteorology and climatology. In this beautifully illustrated volume, Stephen Burt and Tim Burt place Durham’s long record of observations in their complete historical and social context.

They describe the struggles and accomplishments of the observers, both the famous and those who quietly carried out their daily duties. Burt and Burt take these centuries’ worth of observations and turn them into analytical descriptions of Durham’s climate, month by month and season by season, linking climatic events with citizen’s daily lives.

Packed with statistics, meteorological and climatological analysis, and historical commentary, this will be of interest to anyone interested in long-term climate change, observational records, historical climatology, weather analysis and the history of meteorology. ― Victoria Slonosky, McGill University, Montreal, Canada 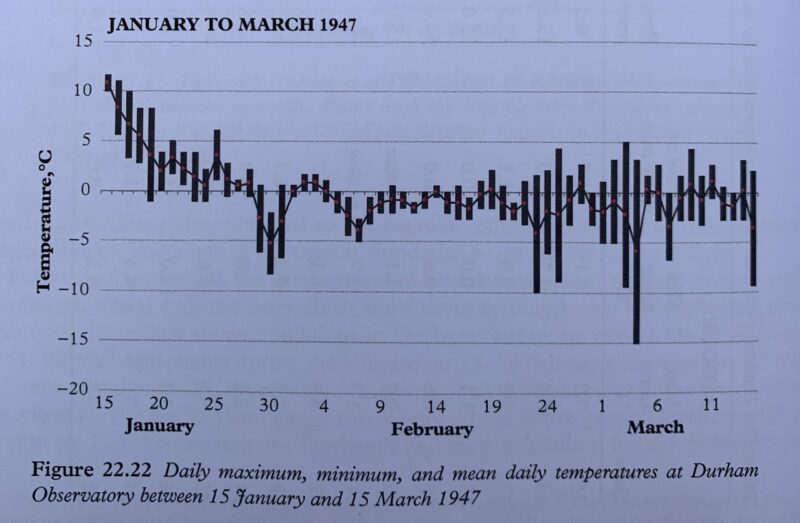 While the Durham record is less well-known than the Oxford one, it is still impressive and its analysis will give a picture of a very different location. Climate change is an increasingly significant issue. The volume is very timely. ― Andrew Goudie, University of Oxford

Tim Burt retired in 2017 after 21 years as Master of Hatfield College and Professor of Geography at Durham University. Before that, he was Lecturer in Physical Geography at Oxford University and a Fellow of Keble College (1984-96) and Director of the Radcliffe Meteorological Station (1986-96). Tim has run the Durham Observatory weather station since 2001, not as old as the Radcliffe, but still with records dating from 1843.

Durham Weather and Climate Since 1841 by Tim and Stephen Burt