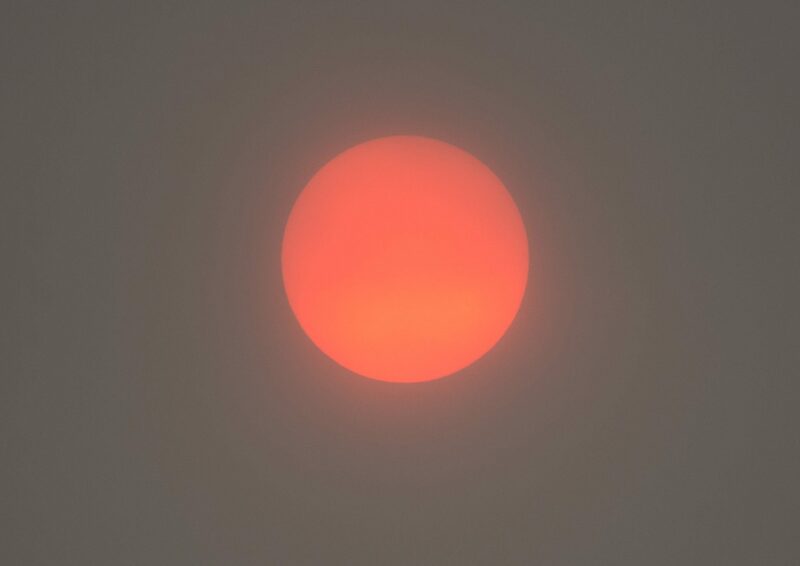 In case you hadn’t noticed, I’m running a weather blog here at Durham Weather, and even though every man and his dog has voiced their opinion on the subject of Climate Change, up until now i’ve kept quiet about it.

Suddenly, everyone is an expert

It seems that in the last few years everyone has become bolder and added their two penneth to the debate. Some folk just make fools of themselves on Facebook and clearly have no knowledge of what they are spouting. They do it anyway because they think it makes them look intelligent, but in fact it just exposes them as clueless idiots who just like seeing themselves in print as keyboard warriors. They’ll get noticed taking the contrary viewpoint, right?

It doesn’t actually matter because their misguided opinions aren’t really worth anything to the rest of us. Consensus among our climate scientists is what counts, not the ramblings of the great unwashed or goofball, bat shit crazy conspiracy people.

The consensus among climate scientists, and it’s a consensus that has continued to strengthen, is that man made climate change is upon us and is starting to affect our World’s future, big time. We are rapidly screwing up our own planet.

As i’ve been an amateur meteorologist for the past 40 years, I can see where the consensus is coming from. I can see it in my own records (which admittedly don’t span a great deal of time), but more importantly I can see it in the Durham record, which is the 2nd oldest unbroken meteorological series in the country (behind Oxford Radcliffe). I can also see it in nature. It doesn’t take a genius (I’m proof of that) if you just open your eyes.

First signs of a change

The climate is changing and I can see that things that happened quite regularly in my childhood hardly happen at all now. That’s not rose-tinted specs because I don’t just rely on my memory (it’s poor). I refer to documents of my own and others.

Things are altering rapidly, too rapidly for nature to cope, and that my friends is the crux of it. We are changing things so quickly that normal evolutionary paths are not options. We are now seeing extinctions instead. Stuff is dying. Norms that have been with us for hundreds of thousands of years are being ripped apart.

Scientists first started noticing the change in the late 70’s and early 80’s. Back then, it was dubbed ‘Global Warming’. This is the phrase Donald Trump mentions with glee as he attempts to mock and deny the concensus the World’s climate scientists have reached.

In reality, it was Climate Change. It was accelerating and 20 years later everyone realised that something was seriously up. Even more alarming is that things are happening even more rapidly than the modelling predicted! It’s worse than worst case!

But climate has always changed!

Now, those who oppose the consensus claim that the Climate has been changing for centuries, and that is true. Civilizations have thrived and died as global climate patterns have altered. No-one is denying that, because it is fact. There have always been long term variations because weather is chaotic and ‘climate’ is merely a way to try to summarise that.

What past history does show is how civilizations have been wiped out by climate change. That’s what happens folks, people are starved, frozen, drowned or burned out. Californians were burned out a couple of years ago and Trump blamed poor forest management. He then decided he’d help out by cutting off their funding!

However, the Climate changes of the past have tended to be localised and not Global. They have also been more gradual (with the exception of the Younger Dryas episode). There has been little artificial forcing because man did not have the capability to do it. There were much fewer people on Earth, they hadn’t started mining and burning coal for fuel, nor built pollution belching factories. There was also fewer livestock and deforestation hadn’t happened at all.

Receding glaciers were one of the first signs of large scale changes. “Summat was up”. Glaciers rely on conditions below freezing high up the valleys in which they flow. Rising temperatures in lower regions have resulted in glaciers melting and receding. The glaciers lose mass by melting, then there is no longer as much ice mass to keep them moving forward. The Alps have suffered a huge loss, but Greenland is the area of most concern to us.

Greenland and the North Atlantic are the areas of the planet in which the Ocean’s great circulations are driven. These in turn drive weather systems that affect us all, planet-wide. They are vital in the transfer of heat around the globe. If this is disrupted then who knows what? One thing that seems to be touted a lot is that climate of Western Europe will get a lot colder. That stretches the little brains of deniers – “How can Global Warming make us colder? It’s bloody rubbish man!”.

Disruption of The Gyre

The mechanism of the whole ocean current system is dependent on the sinking of water in the North Atlantic that then circles the globe as deep water currents. The whole cycle takes about 1,000 years to complete. Disruption of this sinking mechanism in any way could completely change the distribution of local climates (and scarily it may take 1,000+ years to revert back). The system has however proved to be remarkably resilient so far, but we are now stressing the balls off it. How long can it last? We don’t know!

What we are seeing now is that the melting of glaciers in Greenland is resulting in a vast outflow of cold meltwater into the North Atlantic, right around where it isn’t really wanted.

It is postulated that this will prevent the sinking of water into the deep ocean, disrupting the gyre (the circulation). Observations in the North Atlantic do indeed show disruption of the flow of the North Atlantic Drift. This may be similar to what happened in the aforementioned ‘Younger Dryas’ episode, where temperatures plunged within a handful of years.

Carbon Dioxide and the Tipping Point

Some of you may also have heard scientists referring to a ‘tipping point’, where man’s forcing of the climate system will result in a climatic ‘flip’. What this means is that when the climate becomes unstable through excess (human) forcing, the Earth’s ocean and atmospheric circulations will again try to settle into a new stable pattern (climates like to be stable).

This may be a subtle shift in circulations, but could end up as a complete catastrophic rehash of circulation patterns. This is the great unknown. The more man changes the atmosphere, the more likely the catastrophic change. This is what we risk. Is it worth gambling all our chips on that?

Carbon Dioxide levels in the atmosphere are our ‘Climatic Canary’. The actually amount of CO2 in percentage terms is miniscule compared to the other atmospheric gases, but the climate system is very sensitive to Carbon Dioxide levels and also to Methane. When pre-industrial levels were 280 ppm, a current level of 410 ppm represents an increase of 46% on the normal equilibrium level.

That is huge. It continues to rise and the rise is accelerating. How much CO2 can we add to the atmosphere before the tipping point is reached? We just don’t know! 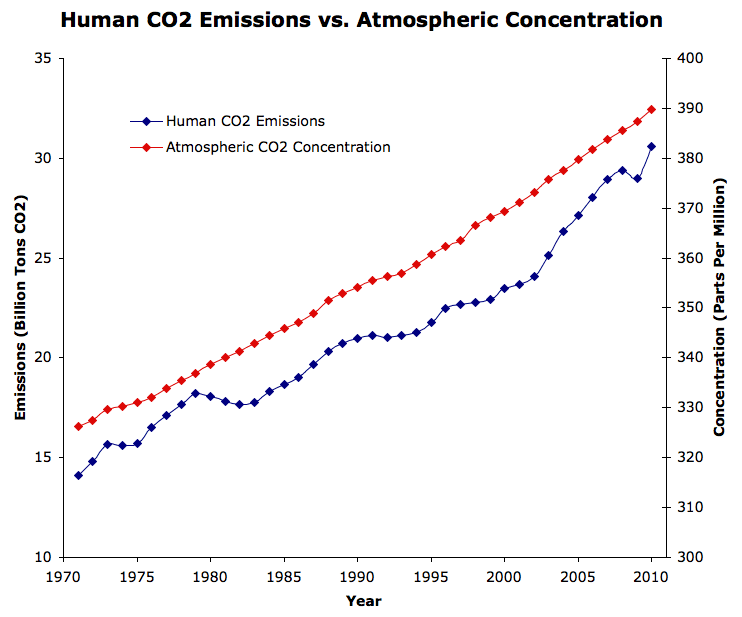 Orange Donald f***s it up

I mentioned Orange Donald, who was the supposed leader of the Free World (until the US saw sense). He was also the leader of the World’s 2nd biggest emitter of CO2. China is the biggest emitter, with roughly double that of the USA, but it has 4 times as many people. China is also now trying to develop power from renewable sources, with vast Hydroelectric and Solar projects being undertaken.

The USA however, under Trump, had gone the opposite way. Trump cancelled his country’s part in the Global Climate agreement in Paris, and also removed restrictions on his domestic fossil fuel burners. He also decided he didn’t want to see the dire projections of the future, just the ‘next few years’, because that doesn’t look too bad, does it? Bury your big orange head in the sand Donald, it’ll be someone elses problem soon. You can go back to cheating at golf.

Why did Trump do this? Because he is one of the people I talked about earlier. He thinks he knows more than the experts (about most things) and is apparently in the pocket of the polluter lobby. Trump should have been leading the World in cleaning up the filthy planet, but instead took a stance which twenty years ago might have been excusable for a sceptic, but today, it’s a prehistoric, dark-ages decision which shows what an ignorant, poorly educated, selfish man he really is.

Thank goodness he is no longer President. His backward thinking policies (remember he’s a businessman, and I use that term very loosely) did not make logical sense to me. What is becoming clear is that politics should be left to politicians, not people who bankrupt their own casinos!

We are perhaps only 10 years away from the ‘tipping point’. In the meantime, low lying islands and coast will disappear underwater and refugees will put pressure on adjoining countries. Some of the World’s biggest cities are built on coasts (London and New York are sitting ducks).

The rising summer heat is now making some places vitually uninhabitable, and paradise has been reduced to ash as forest fires consume vast areas due to drought.

The Earth will survive, but will mankind?

The Earth will survive (as Gaia), but the human race seems to just get more stupid year on year and may not be around much longer under the leadership of such people as Orange Donald. Decisions taken today will govern whether tomorrow’s politicians and leaders are left with any options going forward. They will probably be living in the ‘too late’ World.

When the great David Attenborough speaks up about the seriousness of the situation, EVERYONE should listen and act. To ignore what is happening is to sign our own death warrant. Such is the lag in cause and effect that our decisions today will not manifest themselves for 30-40 years, but even ‘fixing it’ now won’t help for another 30-40 years.

The selfish know-alls just say “Well I won’t have to worry, i’ll be 6 feet under by then”, but what about their kids?

If the UK has the same climate as the South of France, that won’t be too bad will it? Well, in that scenario, vast areas of the Med will burn (we are seeing that already every summer) and places we go for our holidays such as Spain and Greece will be barely recognisable as holiday destinations.

Anyone for a Pina Colada?

High likelyhood of Human civilisation coming to an end by 2050, report finds