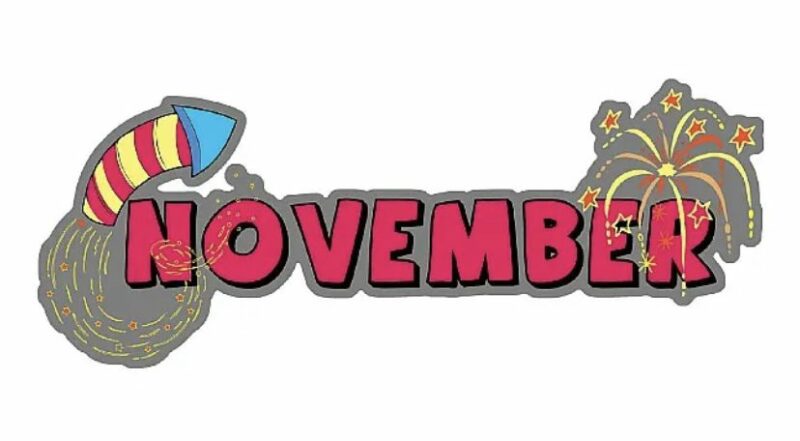 The Weather at Gilesgate, Durham November 2022

A very mild November at Durham, with the first half being especially so, but as usual in such a mild month it was also very wet.

The peak of the month’s warmth was on 11th November, when 16.5 degC was reached. The maximum actually reached 10 degC or more on 16 days in the month, which is quite respectable. There was only one air frost recorded (-0.3 on 29th).

The outstanding event of the month was the extraordinary total of rain on 17th November. The total of 55.7mm was recorded during the passing of a depression and although the total was a mammoth one for Gilesgate, there is no special mention of it in Professor Tim Burt’s notes for Durham University, so it seems to be a hyper-local total. The total for 17th was 31.6mm there, so it may have been split over two rainfall reporting days. 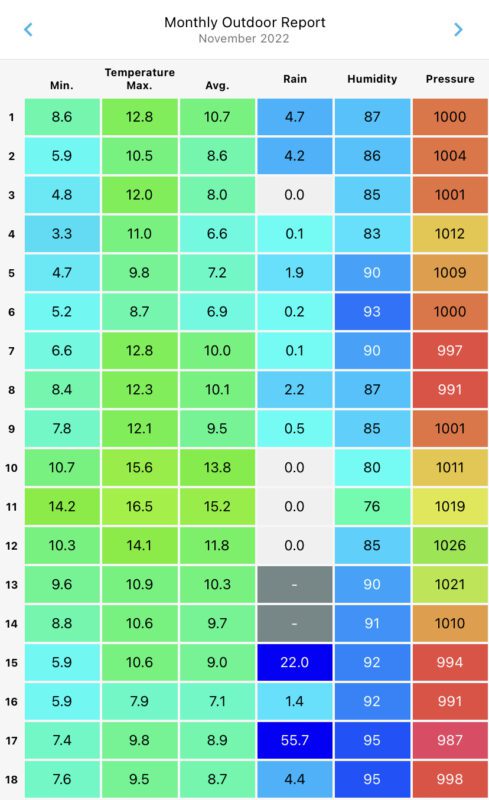 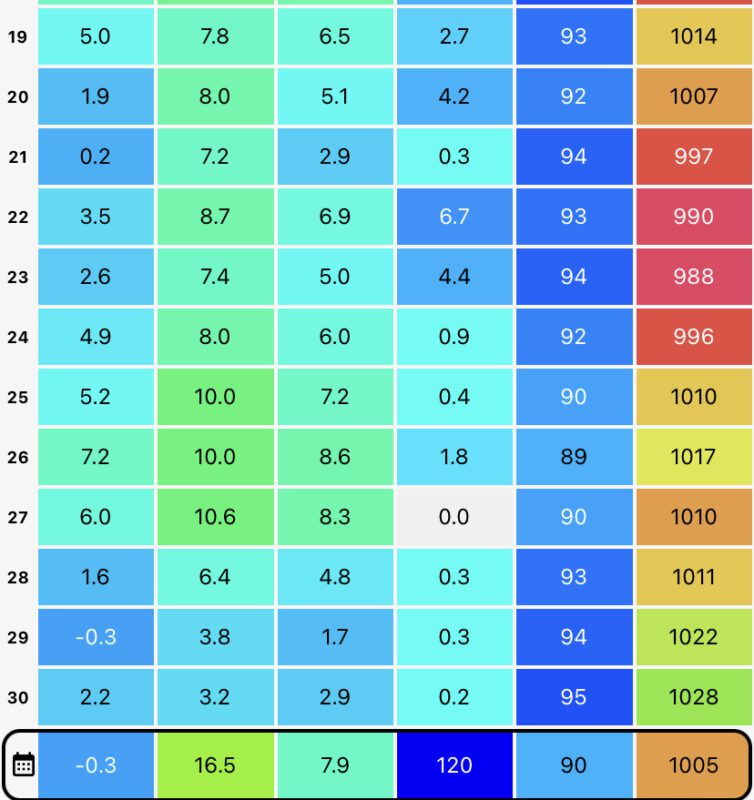 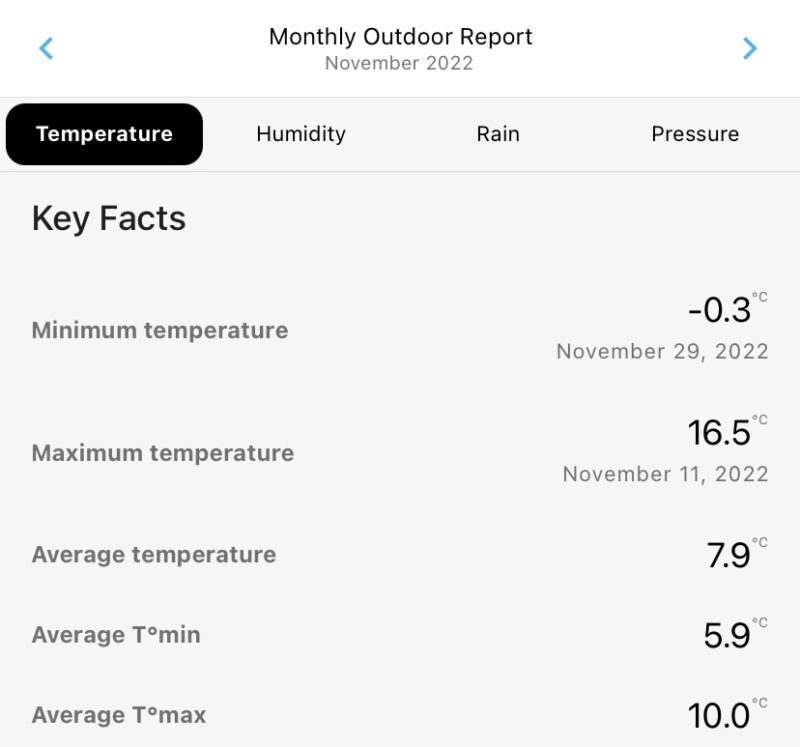 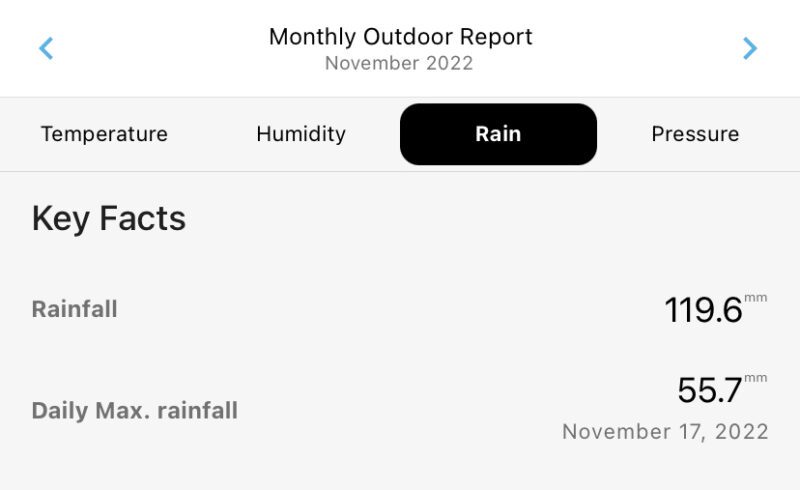 Very mild and unsettled, and very wet in places. It was the joint seventh mildest in the CET series, and since 1900 only 1994, 2011, 1938, and 2015 were milder, and the third warmest for the UK overall in records going back to 1884 (only 1994 and 2011 were milder). The month had a very mild first half with S and SW winds bringing warm air from the Azores. A new record high minimum was set for Scotland on the night of 10th-11th, with the temperature falling no lower than 14.6C at both Kinloss and Prestwick.  It was the mildest Armistice Day on record, with 15.9C recorded at Myerscough (Lancs.). The warmest ever day so late in the year, 21.2 C, was recorded at Porthmadog on the 13th (which was also the highest temperature of the month). It was cooler towards the end of the month. It was generally a wet month, particularly in the Western Isles, eastern Scotland, and southern England; UK rainfall was 130% of average  overall, and sunshine 95%, with it being particularly dull in the east. The coldest temperature was -6.0 C at Aviemore on the 30th, and 115.6 mm of rain fell in the rain day ending 9 am on the 11th at Achnagart (Ross & Cromarty). Shoreham (West Sussex) recorded 224 mm of rain for the month (compared with an average of about 90 mm).

Despite three cold days at the end of the month, this was still the 5th mildest November on record, a touch warmer than last year but just a bit cooler than November 2020.