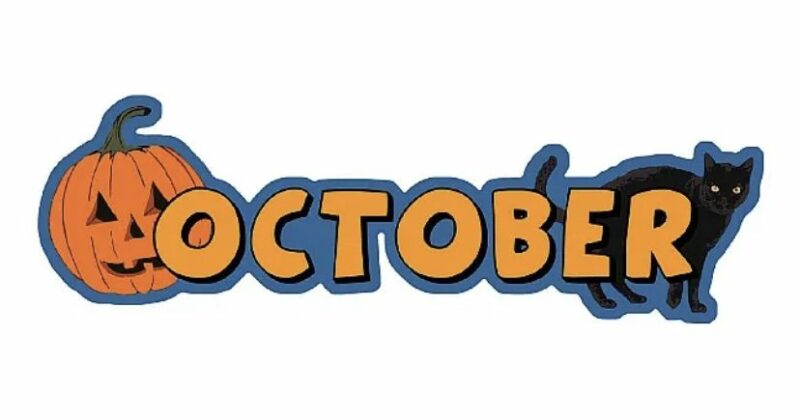 The Weather at Gilesgate, Durham October 2022

The month was very mild. The temperature reached double figures every day, with an average max of nearly 15 degrees centigrade. There were no air frosts at all during the month. Professor Tim Burt reported that October 2022 was the 6th warmest October since 1843 at Durham. Thirteen days exceeded 15 degC at Gilesgate (14 at Durham University Observatory).

Rainfall was well distributed across the month. The wettest day was the 20th (23.2mm) and the total of 82mm was a little on the wet side overall for October. 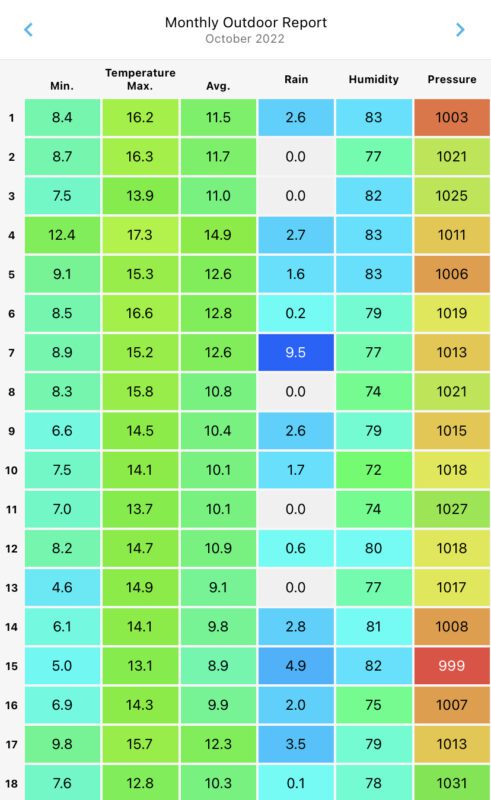 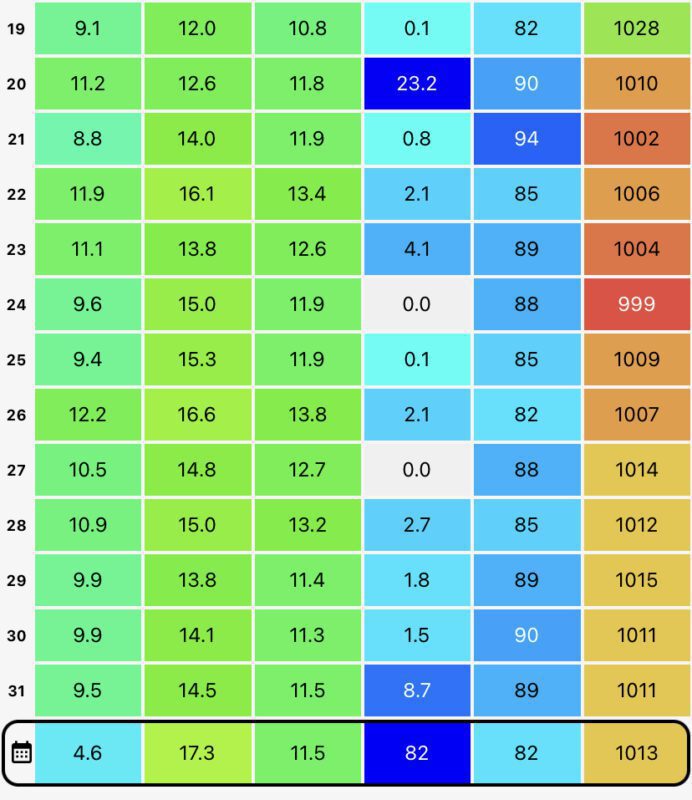 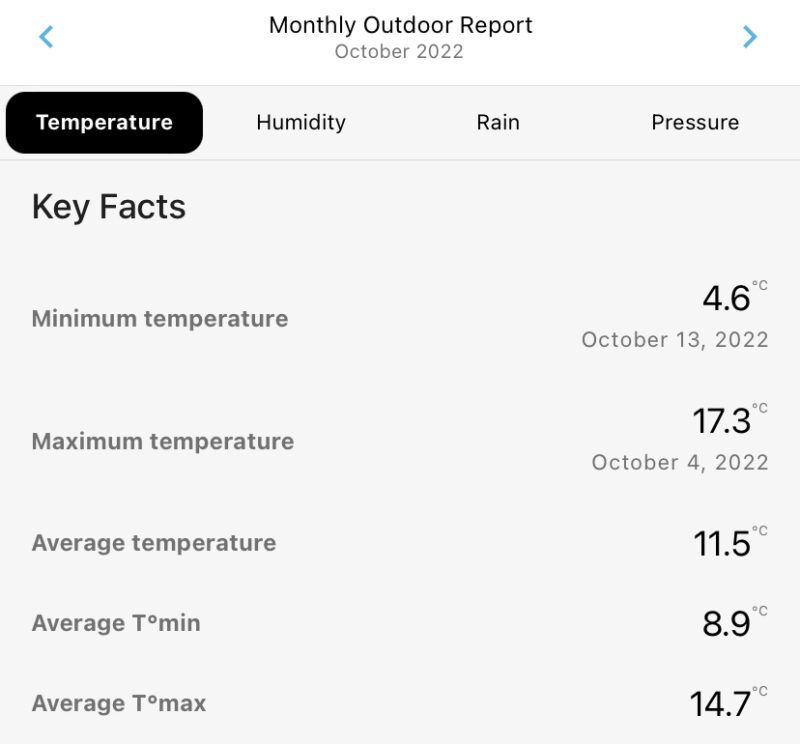 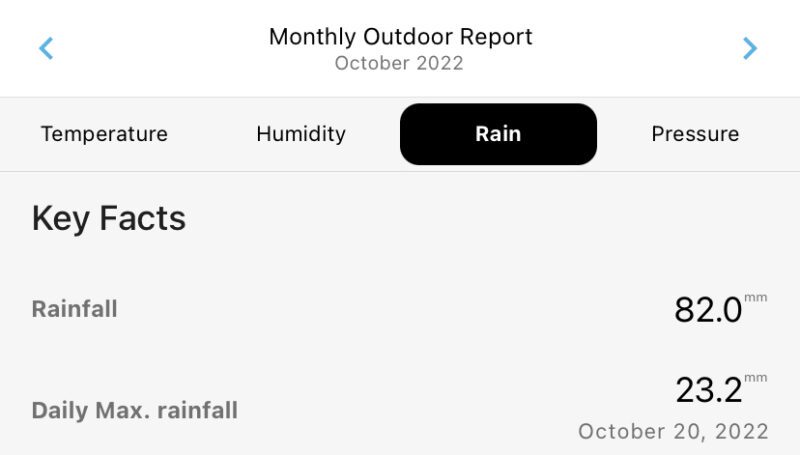 Mild and unsettled, although with a cooler second week and very mild final ten days, with warm air sucked up from the south. There was generally little frost around. Maximum temperatures were most above average in SE England, and minimum temperatures most above average in central Scotland. (I can vouch for that; see my weather diary pages for my own weather station in East Scotland). The CET was 12.8 C, +2.0 over the 1990-2020 mean, making it the joint fifth warmest on record (since 1659, after 2001, which had an average of 13.2, and 1969, 2005, and 2006; six of the ten warmest Octobers have occurred since 2000). Rainfall was slightly higher than average (115%), although it was very wet in Northern Ireland but relatively dry in the east, where rain is most needed. It was generally a sunny month (114%), particularly in the east and central areas, especially north Norfolk, except for western Scotland. The highest temperature of the month was 22.9C at Kew Gardens in London, unusually right at the end of the month, on the 29th, and the lowest temperature of the month an unremrakable -3.8 at Aboyne (Aberdeenshire) on the 15th. The daily highest rainfall total was 102.6 mm at Honister Pass (Cumbria) on the 4-5th. So far every month in 2022 has been above temperature, and it has been the warmest January-October period in the UK on record. To date, much of East Anglia and the southeast of England have only seen half the expected rainfall for the year so far.

This is the 14th month in a row to experience above-average mean air temperature, a remarkable result given that the standard averaging period (1991-2020) is so recent. The mean air temperature is the 6th highest on record for October since 1843. The mean maximum is the equal 9th highest. Fourteen days had maximum temperatures above 15 °C but the absolute maximum was only 17.7 °C, equal 91st in the annual series; in all 220 October days have been warmer, with the maximum of 25.3 C on 1st October 2011. Reflecting such a mild month, the mean minimum temperature is the equal 8th highest on record since 1850; the absolute minimum (2.6 °C) is also the 8th highest in the annual series, with 8 absolute minima exceeding 10 °C this month. There were no air frosts and just one grass frost.