March 2019 was another month of above average temperatures, with the monthly mean coming in at 7.2 degC, which is about 1.3 degrees above the long term average. The Maximum temperature was 17.1 degC on 29th, with the Minimum at 0.1 degC recorded on the morning of the 8th March.

The first half of the month was dominated by low pressure, whilst the 2nd half was anticyclonic, resulting in this unequal distribution of rainfall. 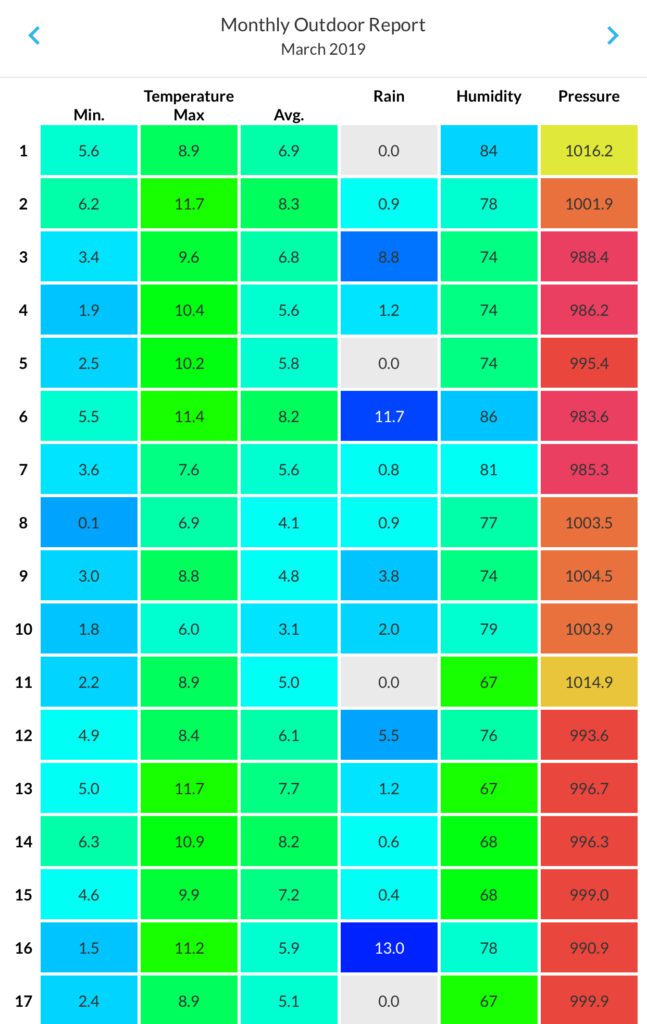 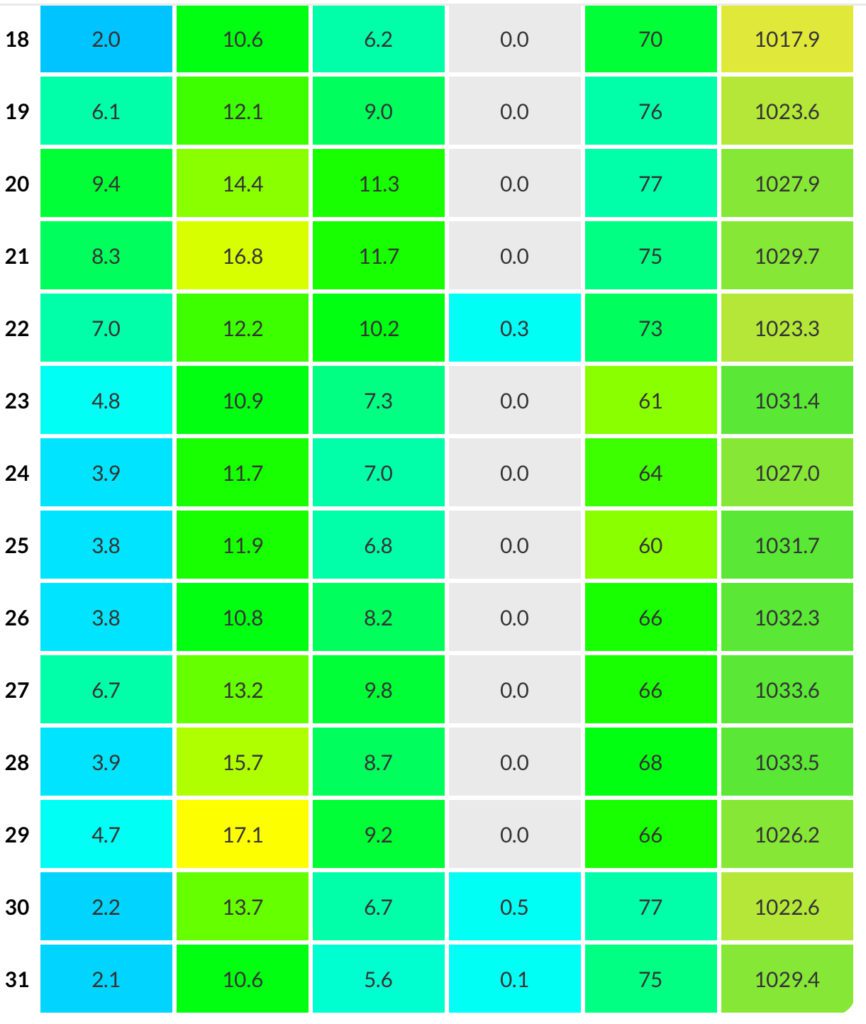 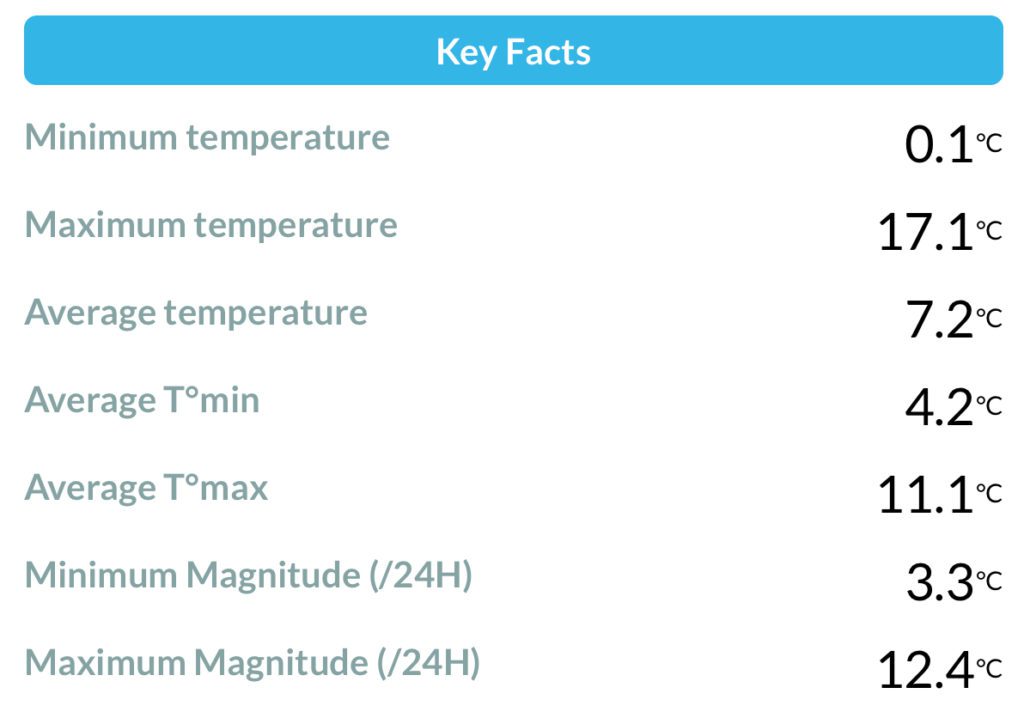 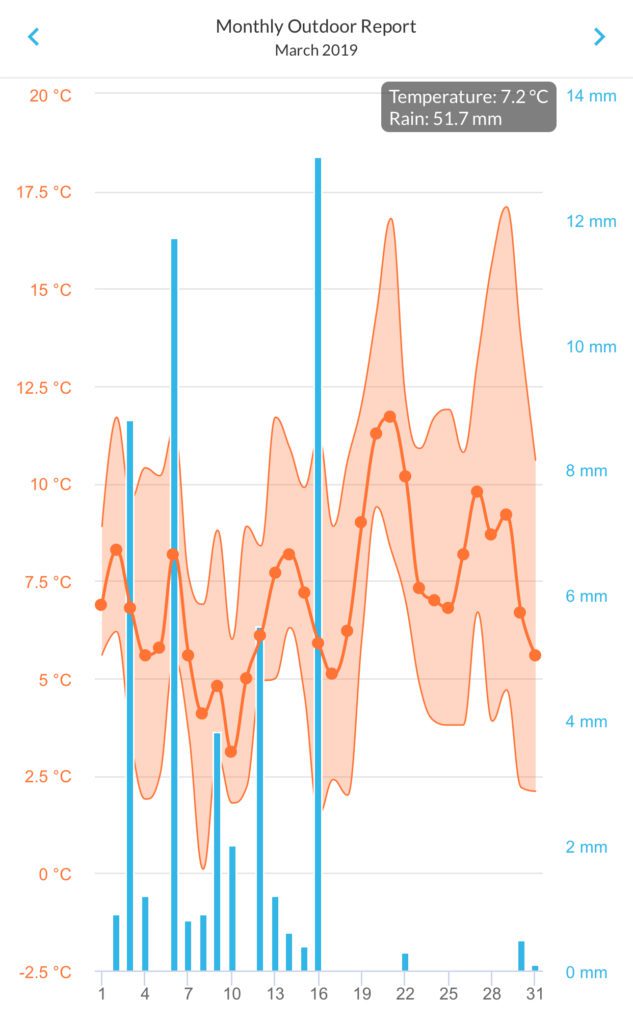