April began quite cold, with some snow over high ground and even to lower levels in Durham. None of it lay on the ground, but the strong north westerly and northerly winds made it feel unseasonably cold. It gradually began to warm up by day, but cold at night before mid month.

It was quite wet in the first week, with 21.4mm falling in the period 2nd-4th, but then the weather turned dry and nothing was recorded at all in the period from the 8th to the 24th. 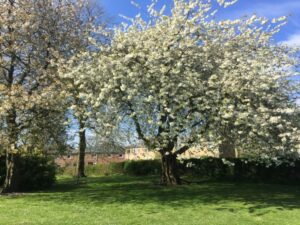 The weather peaked over the Easter weekend, with sunny fine conditions and real Spring warmth. Saturday 20th was the warmest, with 24.1 degC recorded. This was almost equalled on Palm Sunday (21st), with 23.6 degC. Unusually, conditions close to the coast also remained warm. By the following week, low pressure was in charge again and temperatures dropped back to normal for late April.

Overall, the mean temperature was marginally above average, but rainfall was way below normal, with only around 60% of normal long term April rain recorded. Only 7 days had measurable rainfall, with 2nd and 3rd responsible for half the eventual monthly total. 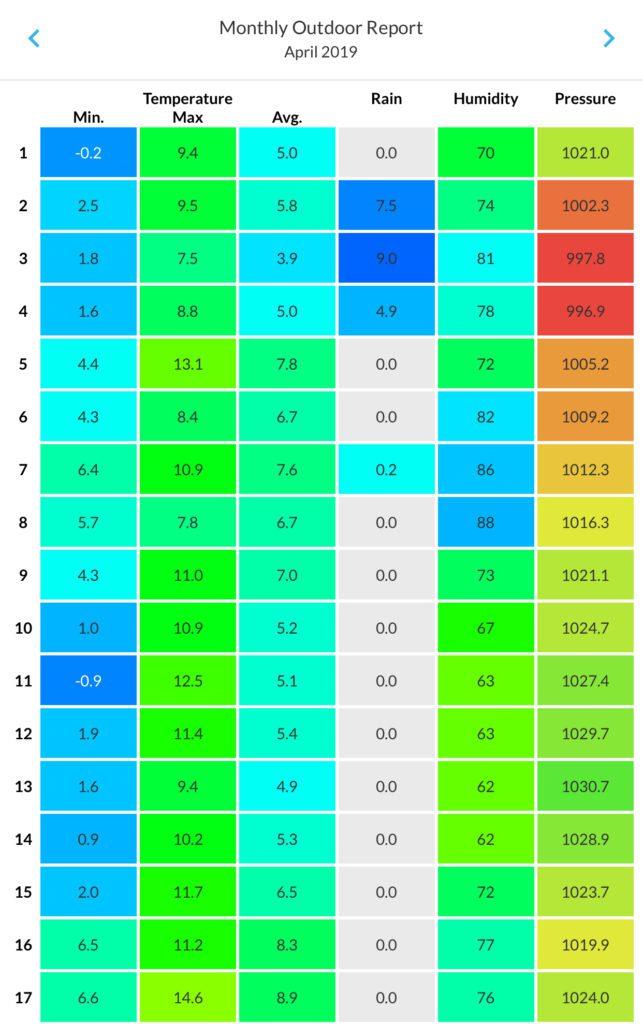 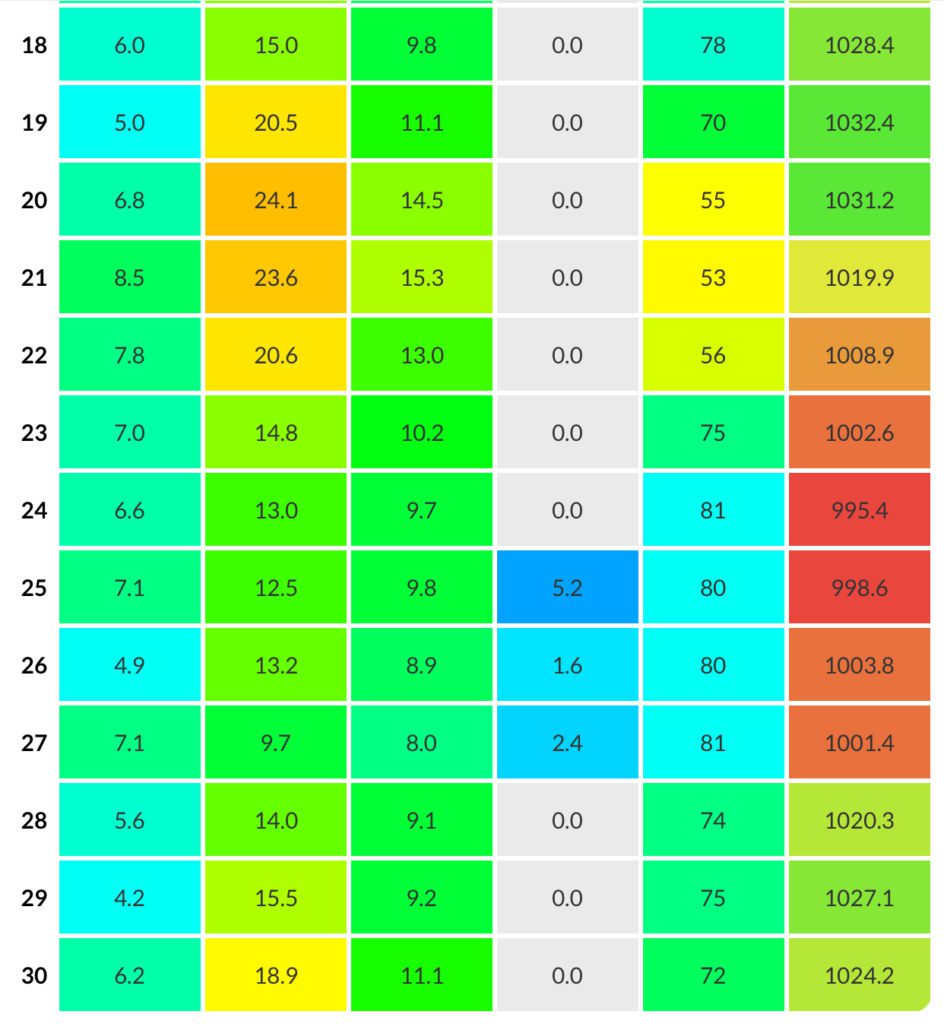 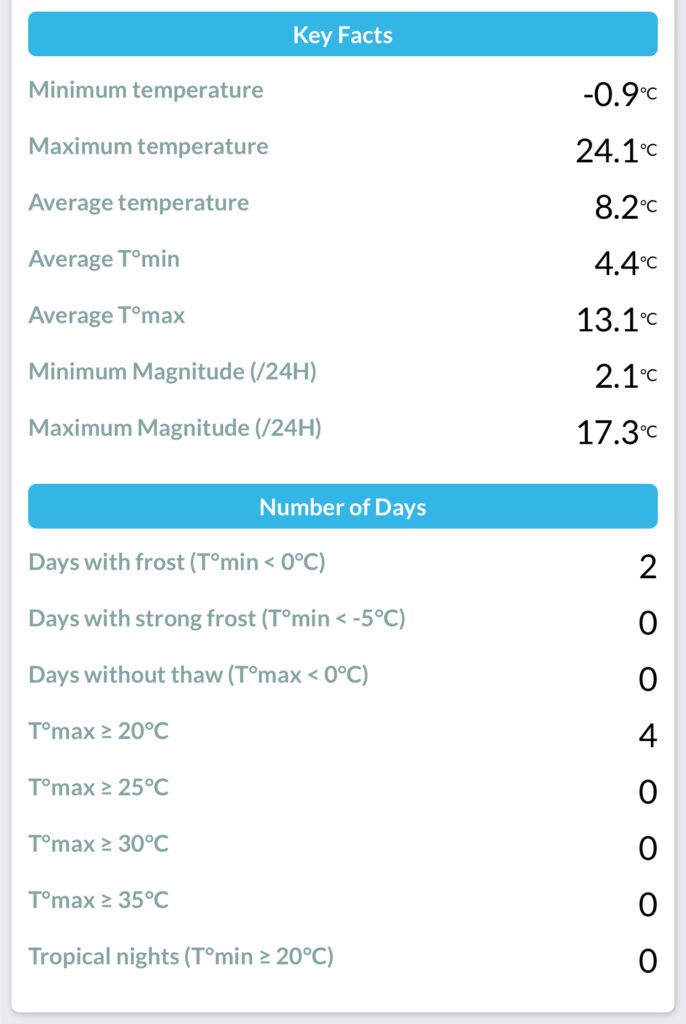