The Weather at Gilesgate, Durham December 2022

As is so often said, December was a ‘month of two halves’.

The first half of the month was dominated by cold. It was the first and only month of 2022 to have a below average mean. It was the coldest December here since 2010. We even had an Ice Day on 13th (an Ice Day is when the maximum temperature for the day remains below freezing). Again, this last happened in December 2010.

The coldest spell of the month spanned 7th-18th. There was a small snowfall on the 8th December, mainly on high ground, but we got a covering in Durham which of course stayed around for several days, making walking about a bit of a hazard. There were 11 nights of consecutive air frosts ending on 18th.

There was then a dramatic rise in temperature as the Atlantic influence broke through, with the top temperature of the month of 12.0 degC recorded on the 19th. This meant that a white christmas was not on the cards this year.

Air pressure was falling and the month became wetter in the second half. The overall monthly mean temperature managed to claw it’s way back to 3.1 degC and the monthly total of rain at just shy of 57mm was pretty unremarkable for a December. 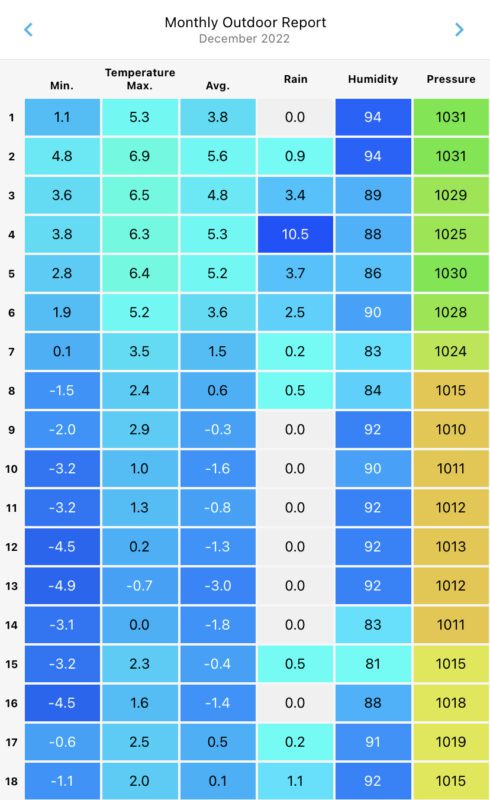 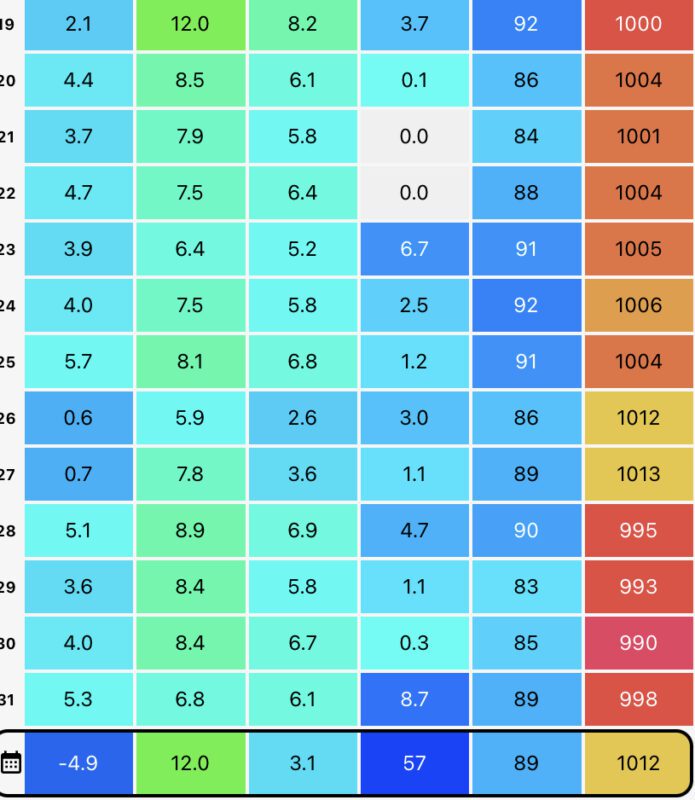 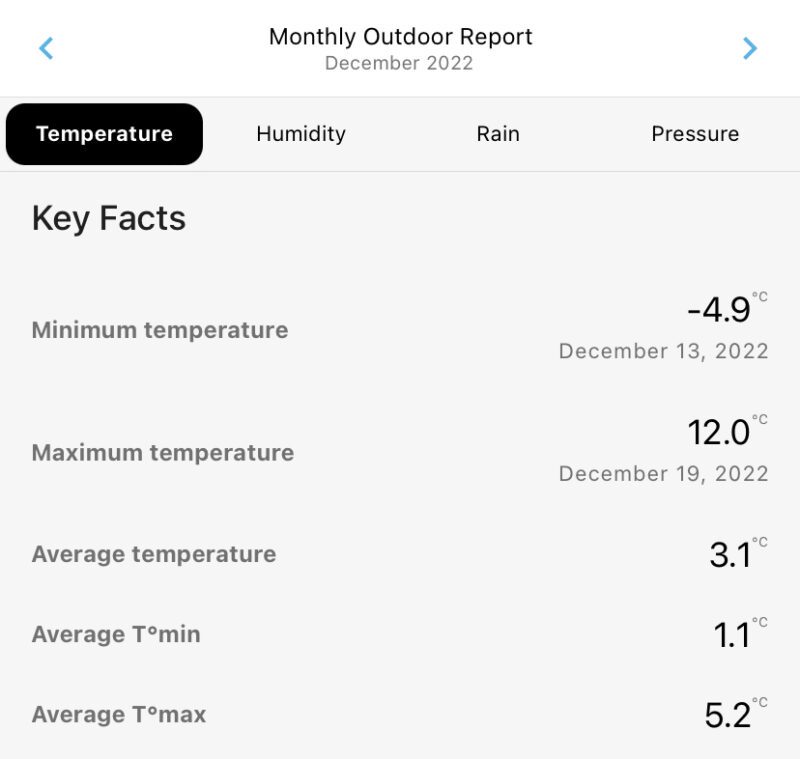 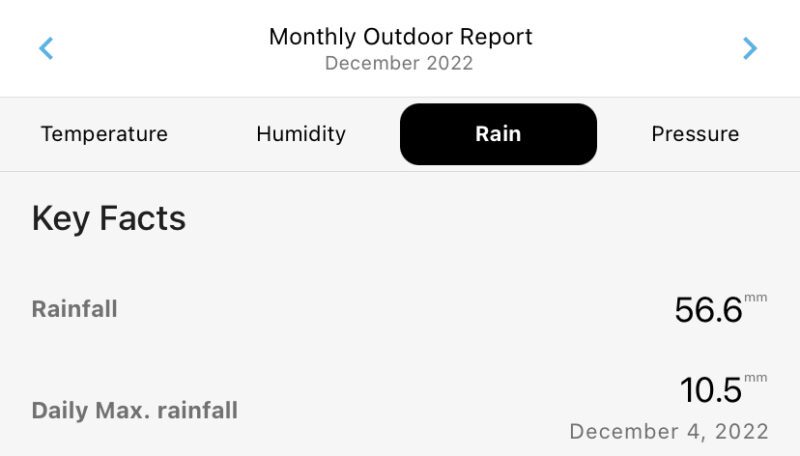 The only month of 2022 that was colder than average. The first half was very cold but fairly dry though with some snow, but it became somewhat milder and more unsettled from the 18th.Overall the CET was 3.4, making it the coldest December since the exceptionally cold month of December 2010. It was a drier than average month, with 87% of the UK average, but it was wet in eastern Scotland (here) and parts of southern England. It was though a sunny month (116%), except for the far north. The maximum at Braemar was -9.3 C on the 12th; the temperature then fell to -17.3 ºC there on the 13th. In contrast the highest temperature was 15.9 at Prestatyn and Hawarden (Clwyd, both famous “hot spots” for the Fohn effect). The greatest snow depth of the month was 15 cm at Loch Glascarnoch (Ross & Cromarty) on the 15th, and the highest rainfall total in an observing day (9-9) was 150.6 mm at White Barrow (Devon) on the 18-19th.