December 2021 turned into a very dull and boring month after all the activity at the end of November because of Storm Arwen.

When I say dull, I mean that there really were long periods when the sun just didn’t shine for us. Seemingly endless periods of damp, clammy cloudy weather. This was especially the case around mid-month, when anticyclonic gloom was a feature.

The lack of sunshine was evident in daily maxima, which stayed suppressed below 8 degC for most of the month, noteably 2nd-10th and 17th-28th.

The synoptics before Christmas were shaping up to give us a snowy Christmas, but it all fizzled out in disappointment as the weather models struggled to resolve a pattern. There was a period of snow around Boxing Day on the high ground of the Pennines, but nothing in Durham.

In the last couple of days, very mild air pumped up from the Canary Islands region gave us a very mild New Years Eve (and New Years Day). Some areas of the country had their warmest ever temperatures for the last day of the year.

There were only two minor air frosts in December, on the 2nd and 18th, as the cloud cover prevented greater radiation.

Monthly mean temperature was 4.8 degC, which is nearly a degree above average for December in Durham.

Rainfall was slightly higher than average, but not overly so. The wettest day was the 5th with 16.0mm on the day, with the 1st and 31st also being noteable. Typically for December, there were only 6 dry days.

The barometer reached 1046.7mb on 17th December 2021 in a persistent anticyclone that stubbornly sat on top of the UK and gave us so much gloom in mid-month. 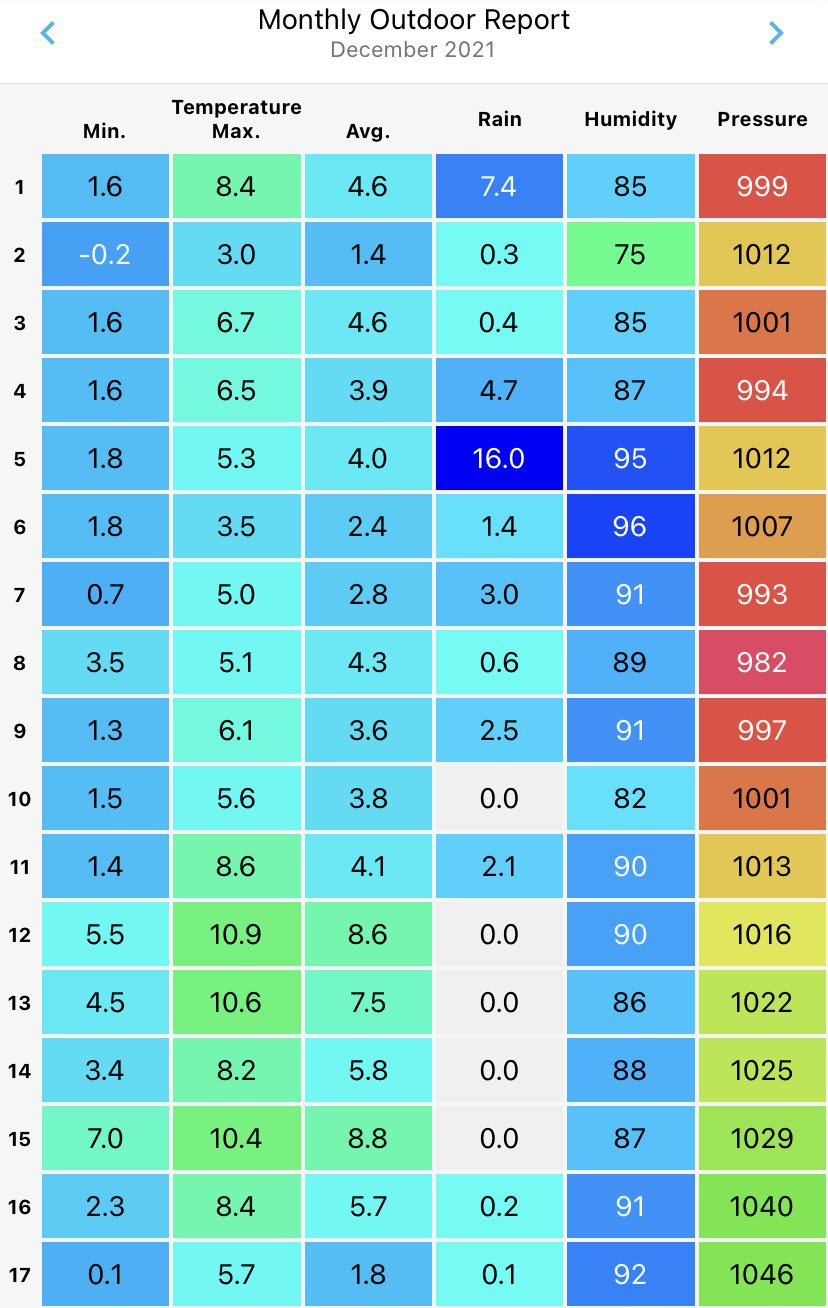 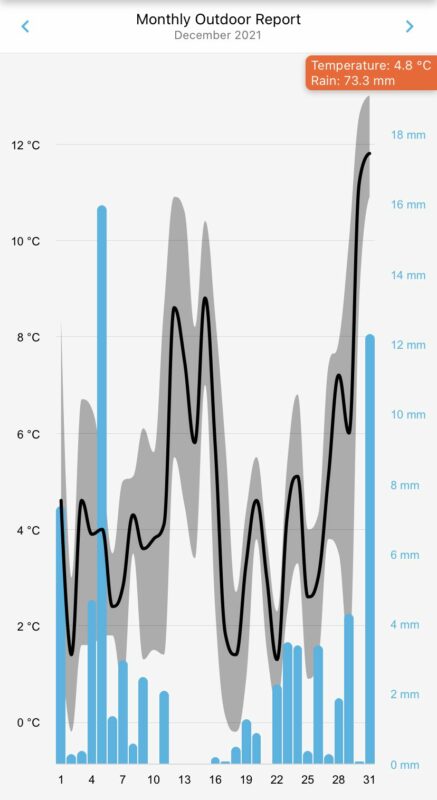 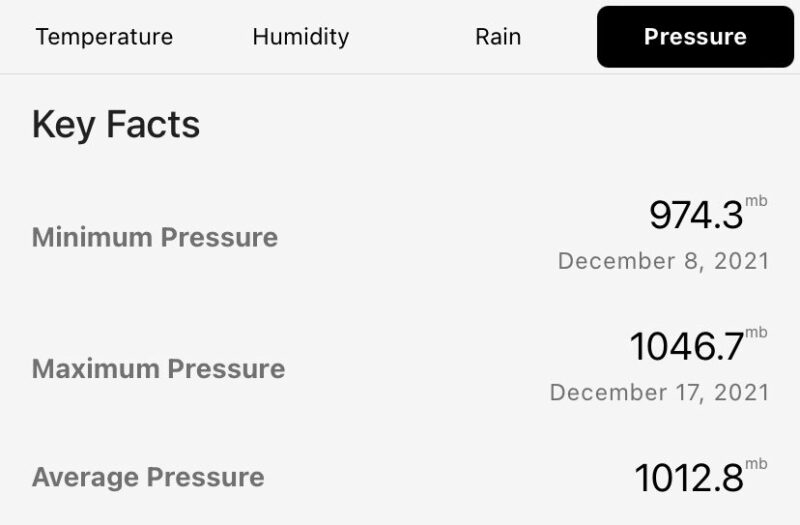