December 2020 started wet and cold. The 4th December very wet, with snow on high ground as a quite deep area of low pressure rushed by. There was more than 30mm of rain on 3rd/4th. This became typical of the month, with regular downpours giving significant amounts. 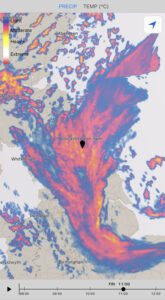 Some areas of the UK had snow with the rain in this period, with ‘Thundersnow’ in Scotland, but it quickly disappeared at low levels as temperatures rose. At higher levels however, conditions were marginal and the freezing level was low enough to retain a snow cover on the very tops of the hills. 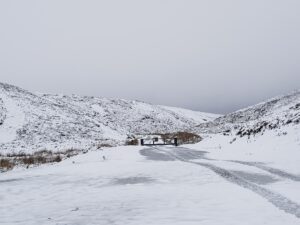 The weather continued mainly dull and mild throughout most of the month, with temps not varying very much. However it was difficult to ignore the pictures coming out of the East coast of the US, with heavy snow in places on 16th/17th December, with people asking if it would come here too.

As usual, we have to say no, as the huge expanse of relatively warm Atlantic Ocean modifies the air mass as it moves West to East. By the time it gets to the UK, the sources of air circulating around depressions comes from a completely different place than that which gives the USA it’s most severe falls (it comes from Canada for them). At the same time as the US had it’s snow, the temperature reached double figures on our side of the pond. This was the only really mild period of the month. The peak was 11.8 degC on the 18th. 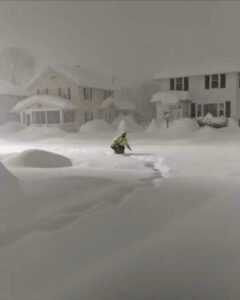 However, the picture here is very impressive and I include it to impress and make you jealous. The heaviest snow fell in New York State, with depths approaching 4ft of level snow. If this ever happened in the UK we’d be paralysed for months!

High Pressure wasn’t close to the UK at all in the month until the period around Christmas, when Atlantic blocking became a dominant feature. The result of this was the diversion of the Jet Stream to the south of the country. A ridge of high pressure pushed toward our shores just before Christmas and this allowed Northerly winds to bring snow showers on Christmas Eve. Durham had a very thin covering of snow, which persisted over the Christmas holiday.

Some places also saw snow on Christmas Day too, so the Met Office had to declare an official White Christmas.

It turned frosty after Christmas as the Northerly winds reinforced themselves. The lowest temperatures were early on New Years Eve, falling to -2.5 degC. 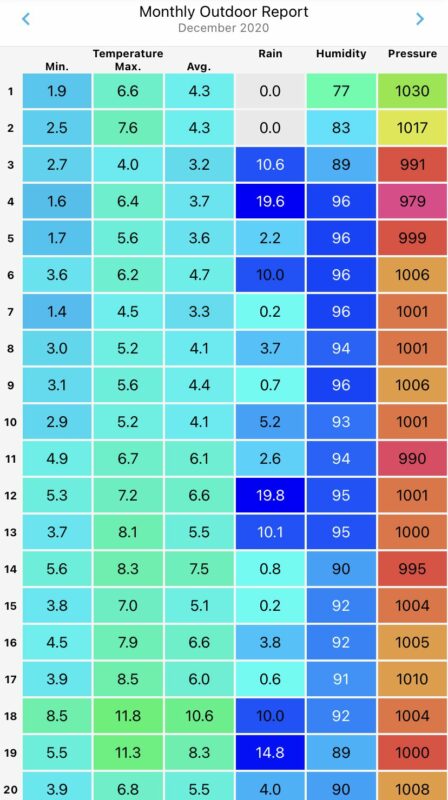 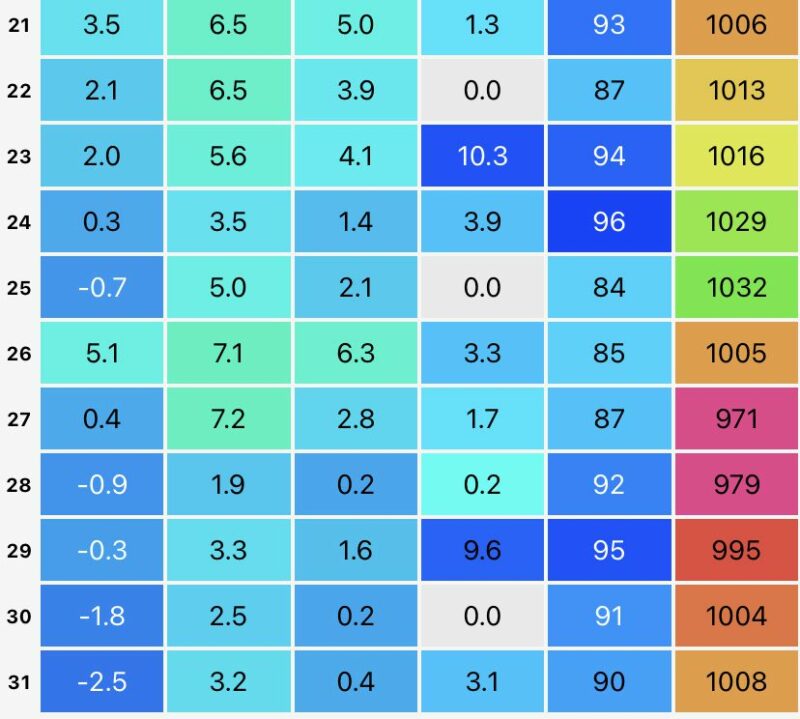 The average for the month fell about half a degree in the last few days of the month to eventually end at 4.4 degC. This was 0.7 degC lower than December 2019. 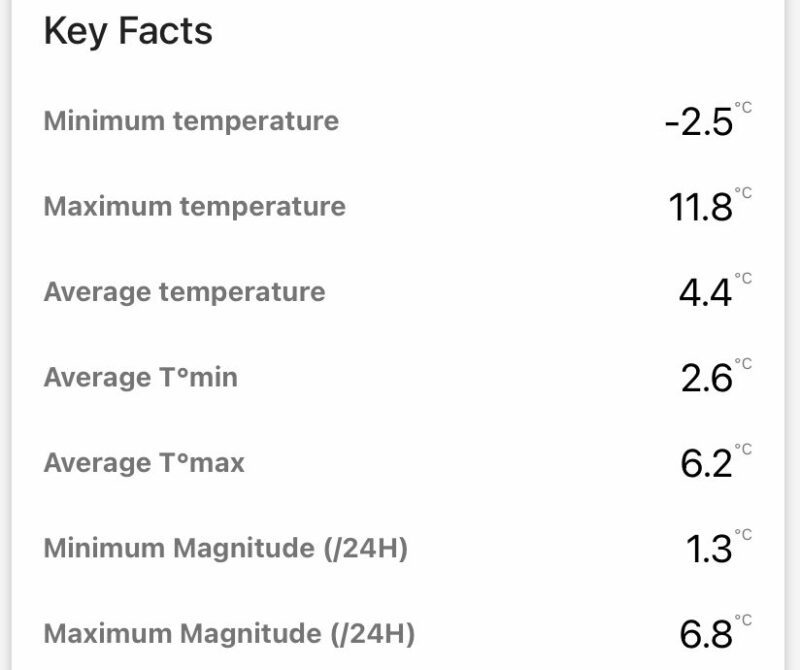 The depression that crossed the country on the 27th/28th (named as Storm Bella) resulted in impressive 24hr falls in Atmospheric Pressure, with over 40mb in 24hrs being typical. At Durham there was a period where the air pressure fell 43mb in 24hrs as the storm approached from the NW.

Rainfall was over 150mm for the month. There were 8 days with more than 10mm rain. Not exceptional deluges but rather moderate rain over long periods. Some days it rained all day making conditions very soggy and depressing. The wettest day was the 12th (19.8mm) and it rained on 26 days! 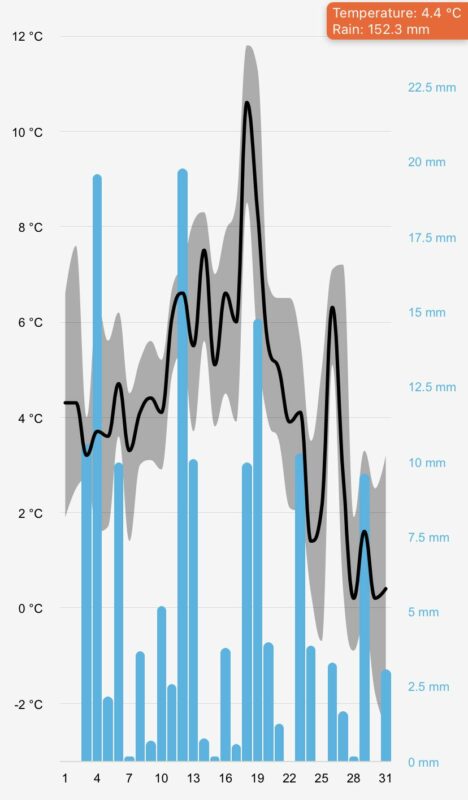