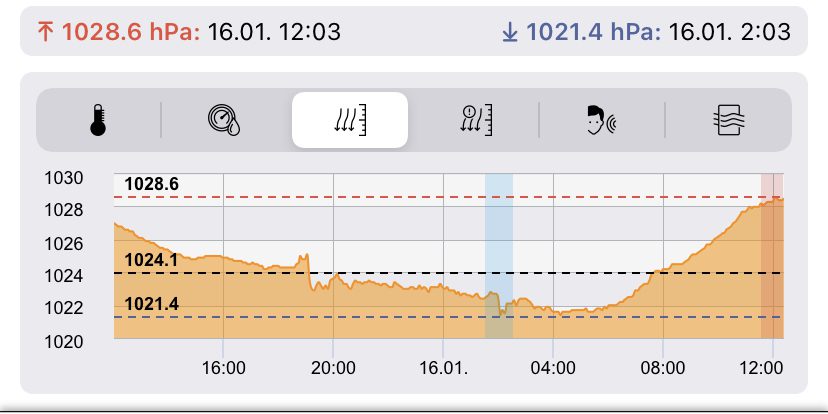 On 15th January a sub-marine volcano, Hunga Tonga–Hunga Haʻapai, just off the coast of Tonga, exploded with incredible force. The blast wave was visible from space and caused tsunami waves all around the perimeter of the Pacific Ocean.

The eruption was some 10,000 miles away from the UK, on the other side of the World. For those that don’t know, Tonga is close to New Zealand, so a long way away.

On the morning of the 16th, reports started coming in on Twitter from different parts of the globe, showing disturbances in atmospheric pressure.

I looked on my weather station records, and sure enough, the eruption was detectable here in Durham!

The disturbance can be seen in the atmospheric pressure chart. Twice. The first pressure wave from the eruption arrived here at about 7pm UK time. Then a secondary disturbance at about 2am on the 16th.

The reason for two disturbances? Well, one pressure wave went round the globe polewards, the second went ‘the long way round’. Both pressure waves came at the speed of sound, so took their time getting here, but you can clearly see them on this chart.