As is usual at this time of year, there is much speculation about the winter to come. After the brief episode of snow at the end of October 2018, the usual suspects were predicting a snowy November. As is nearly always the case, the snowy November didn’t happen.

Temperatures were mild in the first half of the month, and stayed that way until the 18th, when an Easterly component was pulled in and colder, wetter weather ensued. Rainfall came in hefty showers blown in from the North Sea, peaking on 20th-22nd when over an inch fell. The thermometer stayed around the 5-6 degree mark during the day, but with the wind felt much colder. There was an air frost around midnight on 21st/22nd after skies cleared following the rain.

Milder temperatures returned at the end of the month, but it became very windy as the Atlantic low pressure rolled in from the West, with more rain to finish. November is normally the wettest month of the year in Durham and November 2018 wasn’t far from the average overall. 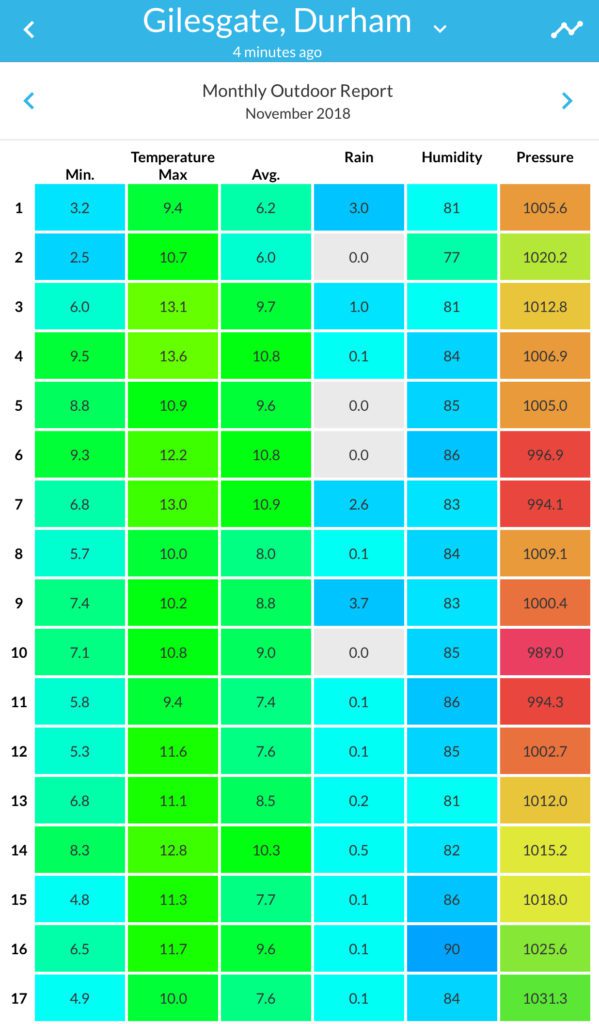 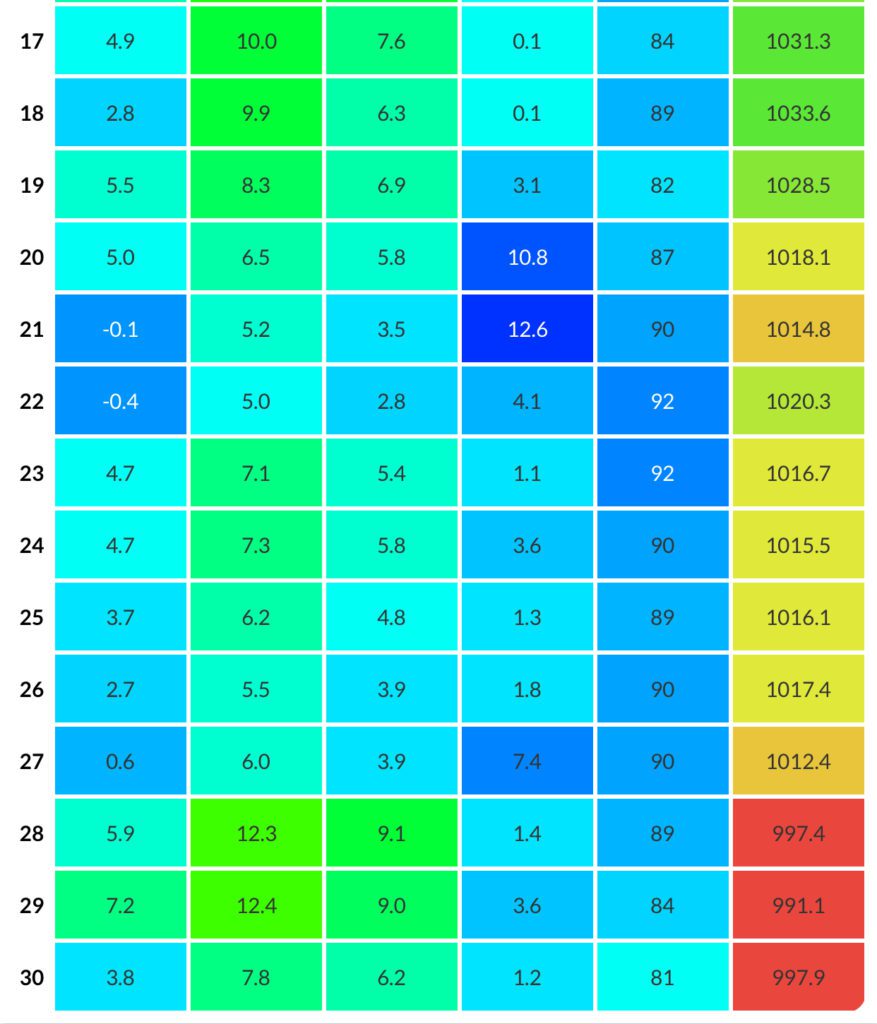 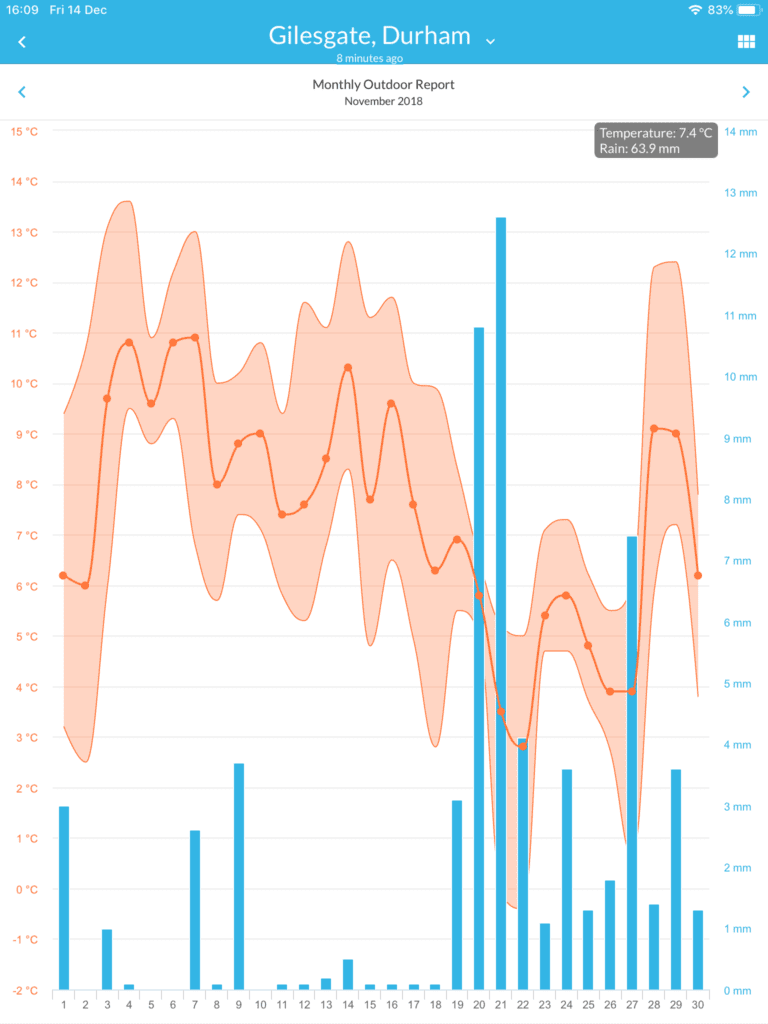 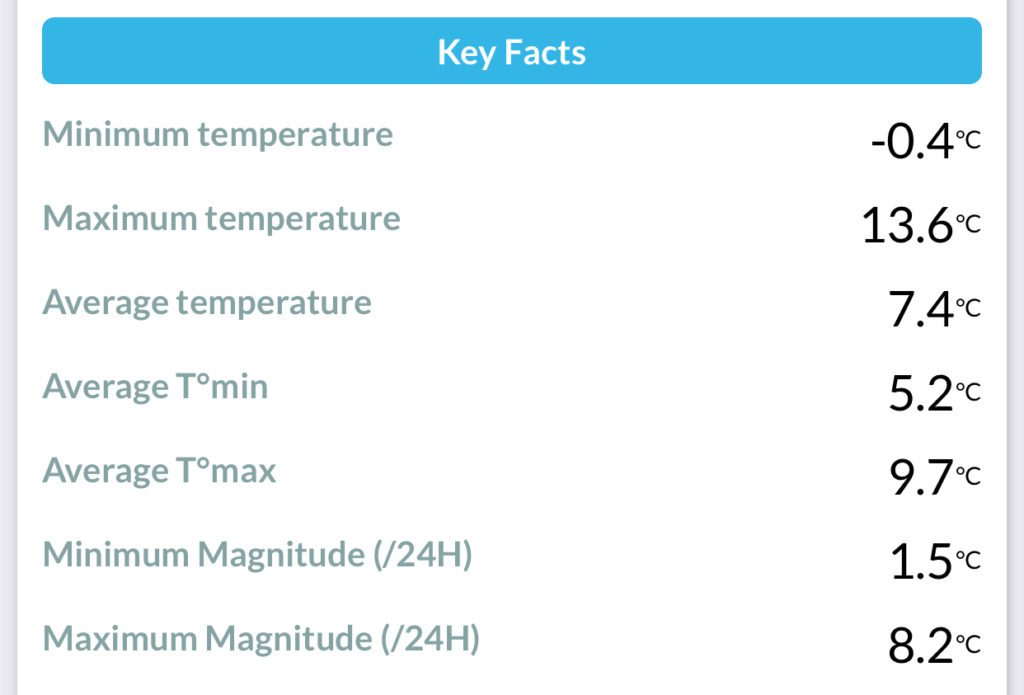