Today was the first really seasonal day of the autumn. The wind was a cold north easter, with frequent blustery showers blowing in from the North Sea. Temperatures struggled to get to 7 degrees C on Tuesday 20th, then on Wed 21st we also had frequent hail showers. Precipitation totals were expected to reach nearly 25mm (1”) over the two days. Winds then fell light to allow the first Air Frost of the season as temperatures fell below zero around midnight.

No widespread snow though, even though Madden and Co. had been predicting Snowmageddon in the popular press and will no doubt claim success. There has been some snow reported over the high ground of the Pennines, Scotland and Wales, with a few reports of snow (hail?) around the Brighton area. The average temperature for November is still well above the long term mean, and wind is likely to come from a more South Easterly point in the coming days. 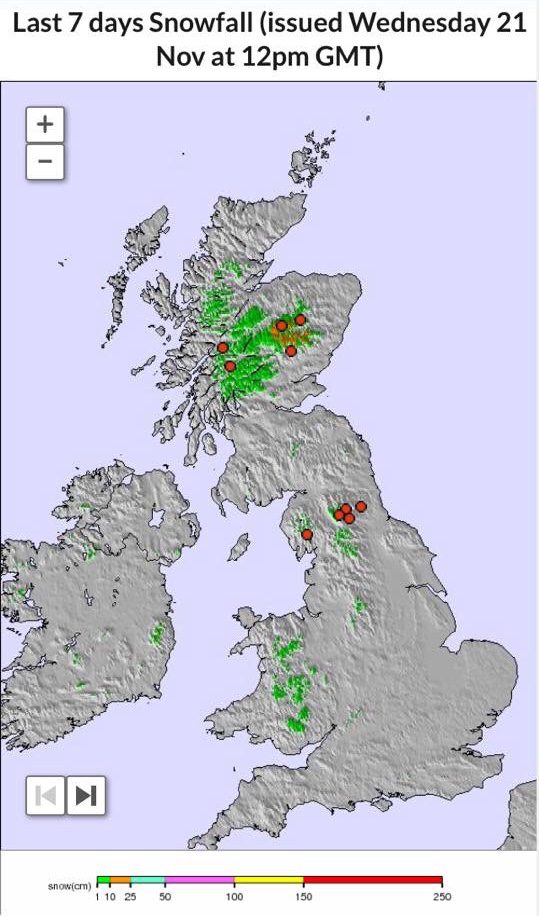 2 thoughts on “First really cold day of the season”