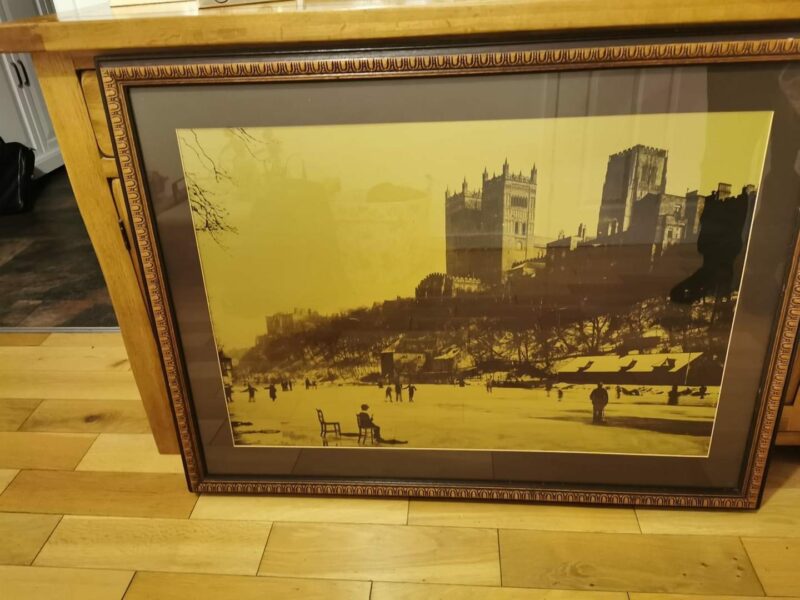 Two amazing photos of the frozen River Wear in Durham.

The first, credited to Matthew Avery and Helen Avery is of the Cathedral across the frozen river. Although Helen originally thought it was from 1983, it’s almost certainly from a year earlier in the winter of 1981/82.

The second one is from Stephen Kitson who says he was given it when the Cock O The North pub closed in April 2005. The picture was hanging in the pub. He was told it was from the 1830’s, but it’s likely to be from a set of photos taken in February 1895 of skating on the river.