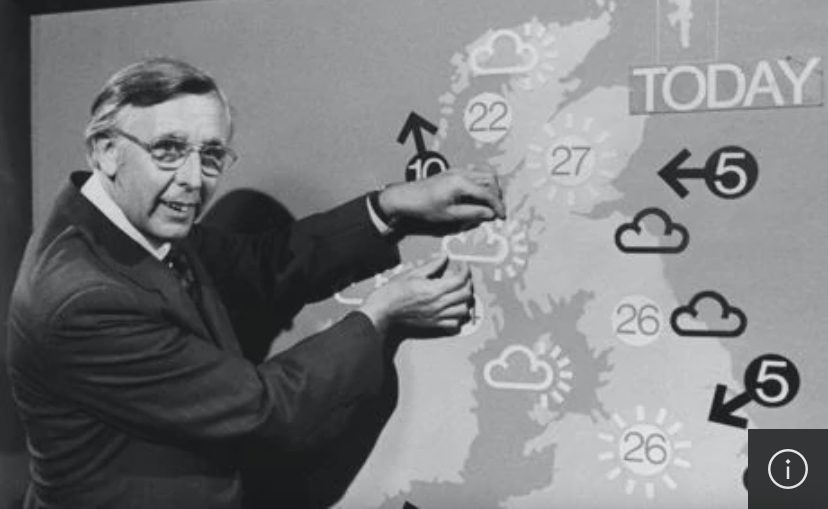 Today marks the 12th anniversary of the death of John (Jack) Scott. Jack was born in Ferryhill in County Durham on 9th November 1923. I lived in Ferryhill when I first became interested in weather and one of Jack’s relatives Janice lived up our street and was big mates with my sister at school.

Jack had a 20 year broadcasting career on TV, working for the BBC, ITV and Channel 4 as a Meteorologist. He first appeared on our screens in 1969 as the BBC’s 20th Weather Forecaster. He stayed with BBC until he retired in 1983.

After he drew his Civil Service pension, he went on to work for ITV (Thames TV) from 1983-1988 and also presented for Channel 4.

In his schooldays, Jack was a Spennymoor Grammar School lad, before starting at Nottingham Technical College. He left in 1941, aged 17, to join the Met Office, then the RAF. After WWII he moved back to the Nottingham area to work at RAF Watnall.

In his TV career, Jack was remembered for introducing the famous BBC magnetic weather symbols to the public in 1975, these sometimes dropping off in the middle of broadcasts!

Jack passed away on Armistice Day, 11th November 2008, just a couple of days after his 85th birthday. He will be missed.