An Easterly outbreak, dubbed “The Beast from The East” by the media, dumped a substantial amount of snow on us at the end of February and early March 2018. When such a weather synoptic occurs, we tend to get plastered in snow here on the North East Coast. Temperatures hover around zero and potent snow showers are readily blown inland, reaching Durham without too much trouble.

Here’s a view across The River Wear from the path just as we emerged from Pelaw Wood. Snow was 8-12” deep in most places, squeaking under our boots as we walked down the track to the river from Silverlink Bridge. 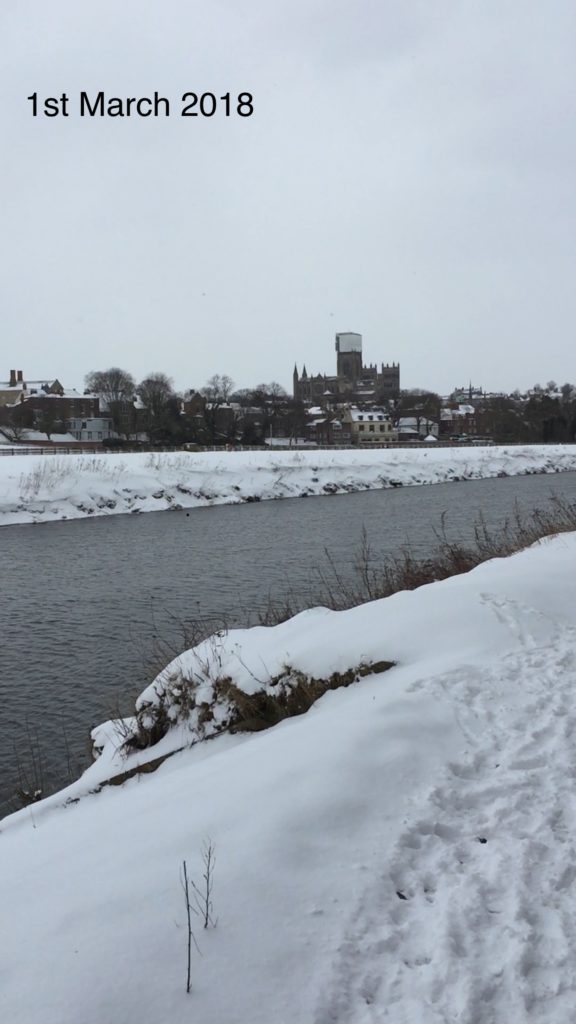 See the 2nd March report from The Durham Magazine, “Durham Battles to keep moving as the Beast from The East Ravages the County”