February started very cold, with the first 3 days averaging below freezing. Rain was plentiful until the 9th, but then the dry weather of February returned, accompanied by increasingly warm unseasonal temperatures.

The airstream was coming from the Canary Islands. The all-time February record was smashed in England and Wales on 26th and 27th, topping 20 degC for the first time in a winter month.

Here at my site in Durham, the maximum got to 17.1 degC on 26th, which is a very close to the February record at Durham Observatory, 17.4 degC observed on the 28th February 2012. I wait with baited breath to see whether that has been beaten.

[Official figures from Durham Observatory revealed that it narrowly fell short. 16.8 degC being the temperature recorded on 28th. This made it the 2nd highest temp recorded in February in Durham, shared with 7th Feb 1993]

Temperatures returned to normal for the last day, the maximum dropping 10 degrees from 27th. The average for the month was 6.3 degC based on hourly values, and 6.8 deg on the more traditional (max+min)/2 method of calculation. This made February 2018 very warm. 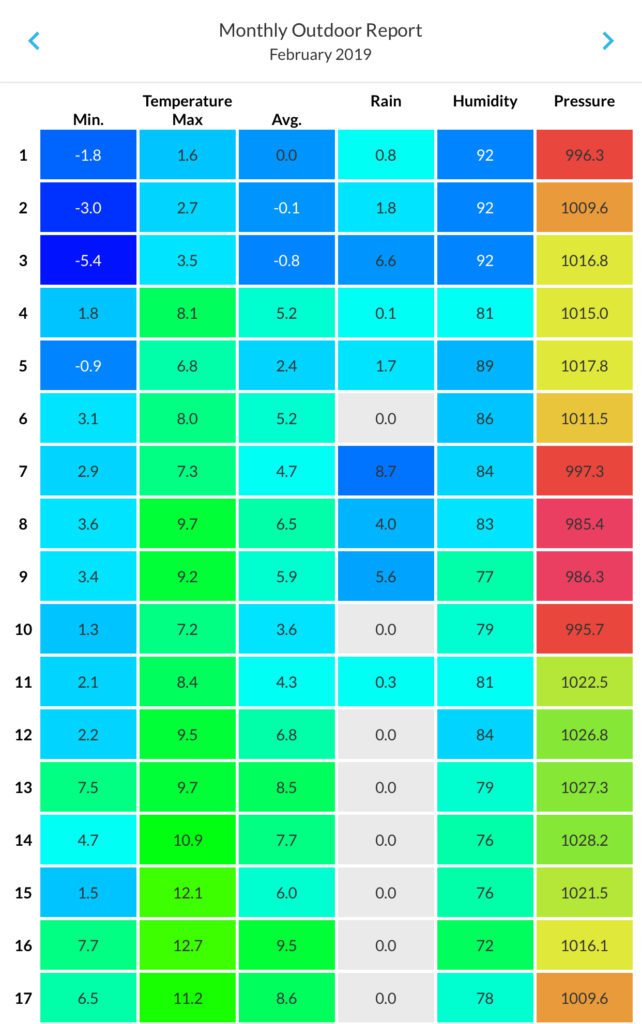 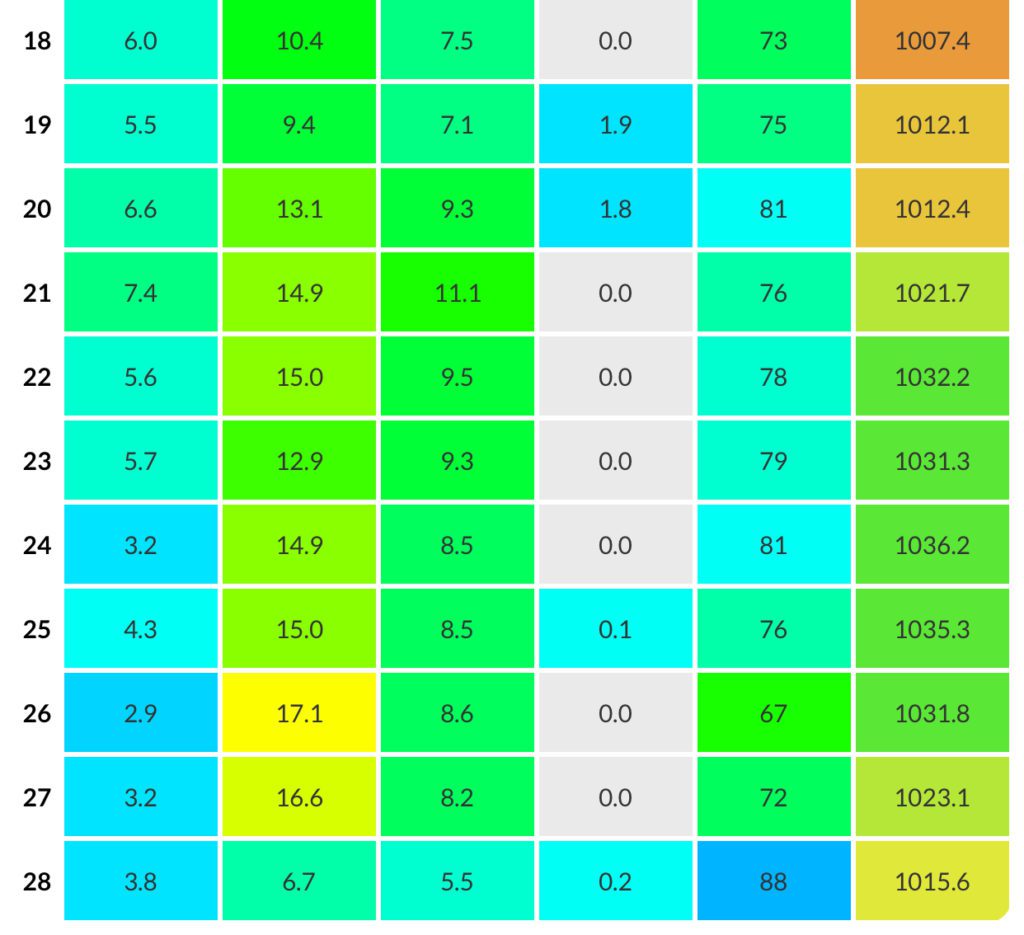