After 6 months of way above average rainfall, December has finally stopped the rot. As has been previously mentioned, the wet sequence started in June and ran all the way through to Novemeber.

What usually happens when December is dry is that it’s also frosty. This time, it’s been both mild here and on the dry side. There have only been 4 air frosts, spread equally across the month. (1st, 2nd, 18th and 31st).

The atmospheric pressure was pretty low and cyclonic from the 6th all the way to the 23rd, but all of the rain seemed to fall in southern areas (indeed some places down south were flooded) and largely bypassed Durham. Even though there were 23 days with measurable rain, the total for the month was only 31.2mm. The wettest day was the 10th, coming in with a total of 6.3mm. That was the only day with more than 5mm of rainfall in the month.

Temperatures were also pretty unremarkable, with the highest temperature a modest 11.5 degC on the 6th, right at the start of the cyclonic period. There were mentions of high temperatures in Northern Scotland around the 30th, with air coming around the anticyclone being further warmed by the Föhn Effect, but it didn’t affect Durham. Snow was none-existent in Durham City, although there were falls in the Pennines in mid month.

The mean maximum was slightly above the 1981-2010 average, but the mean minimum was nearly 2 degrees above normal, making the month 1.2 degC above average overall.

A new high temperature for the UK in December was recorded in Scotland on 28th. Warm air coming around the top of an anticyclone was further warmed by the Fohn Effect. The temperature hit 18.7 degC at Achfary in the Scottish Highlands. 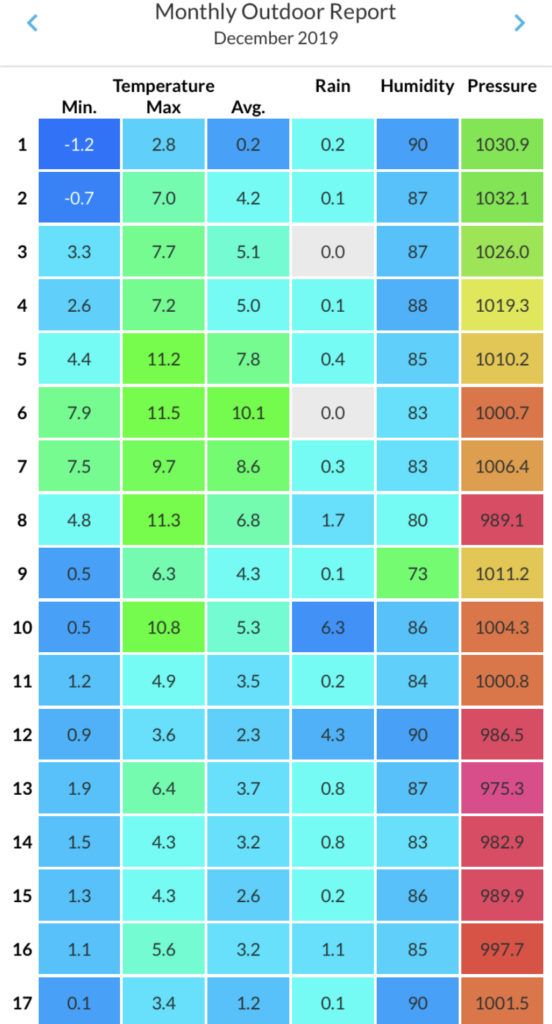 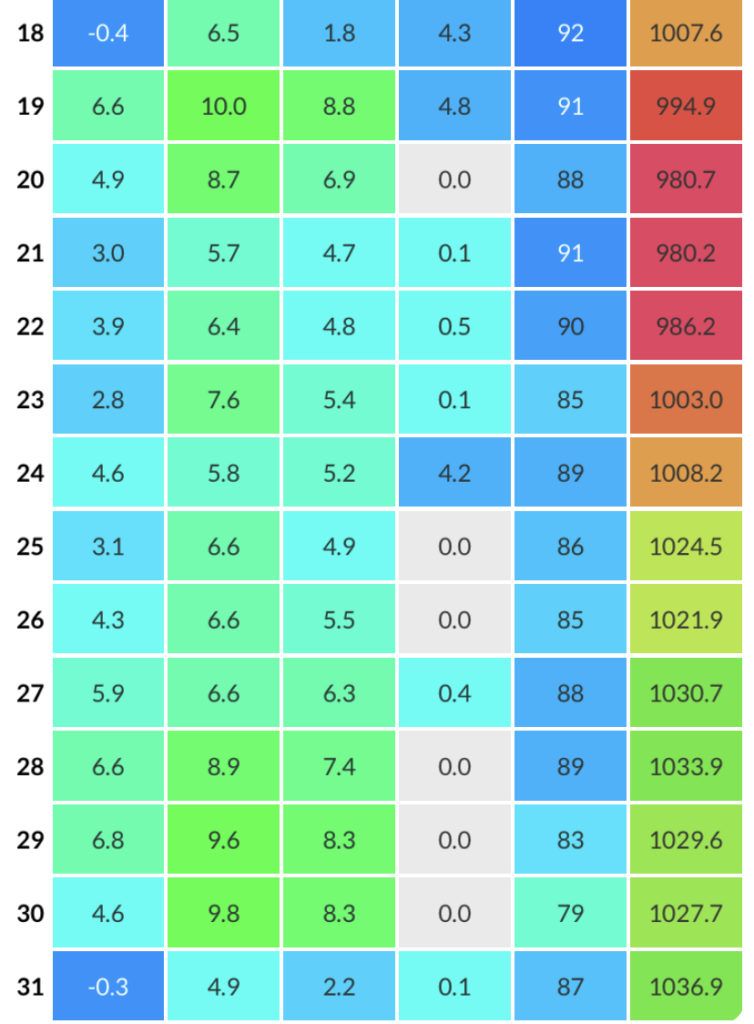 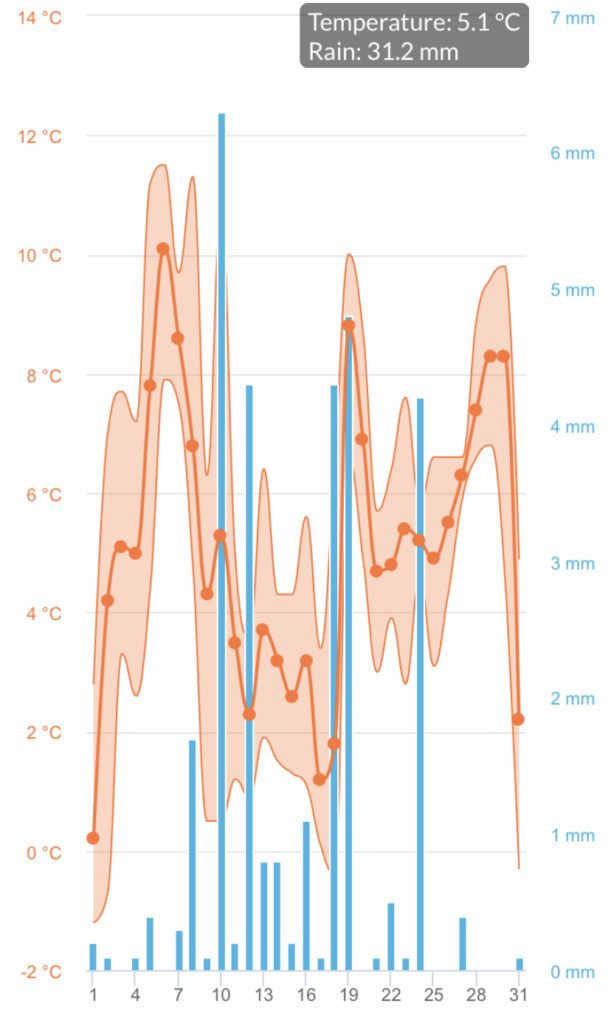 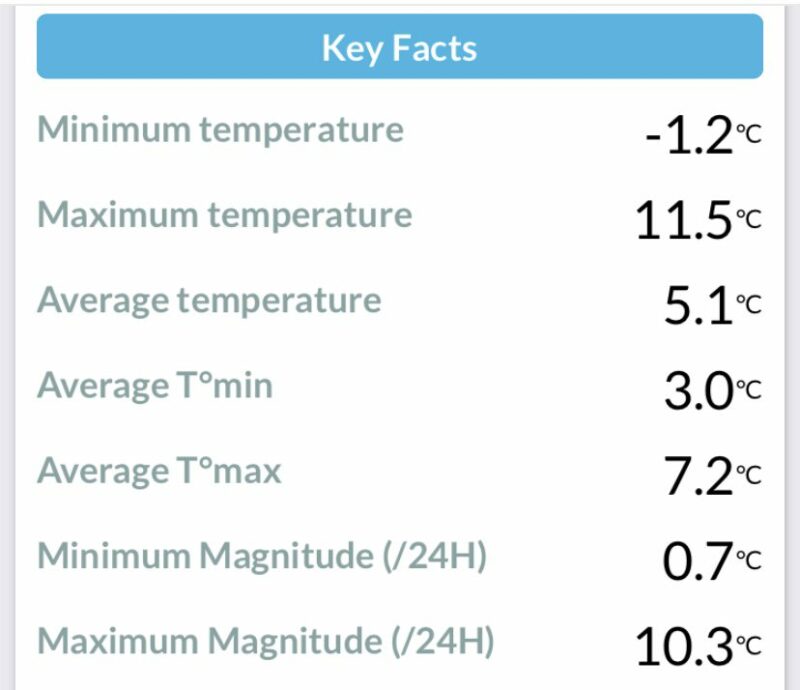 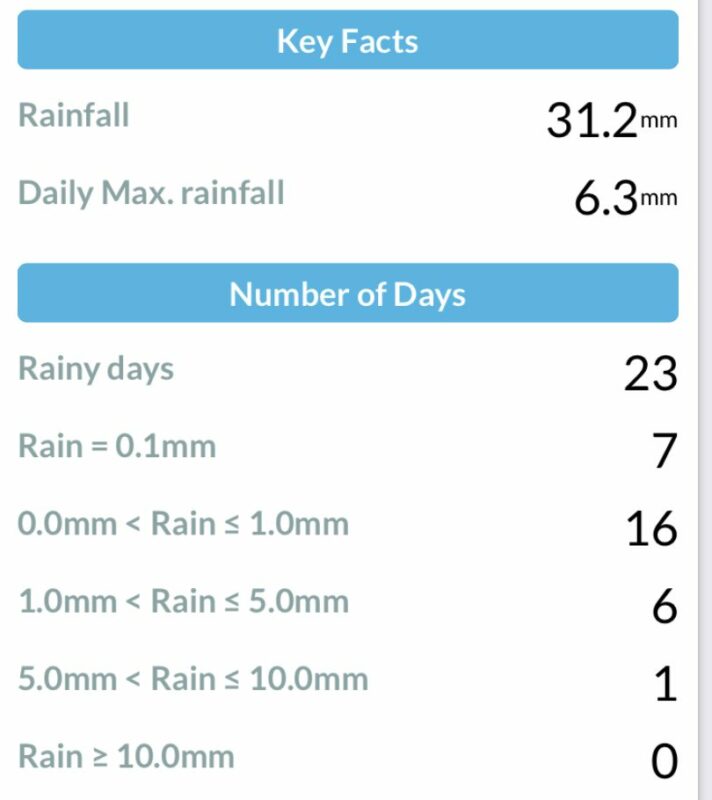 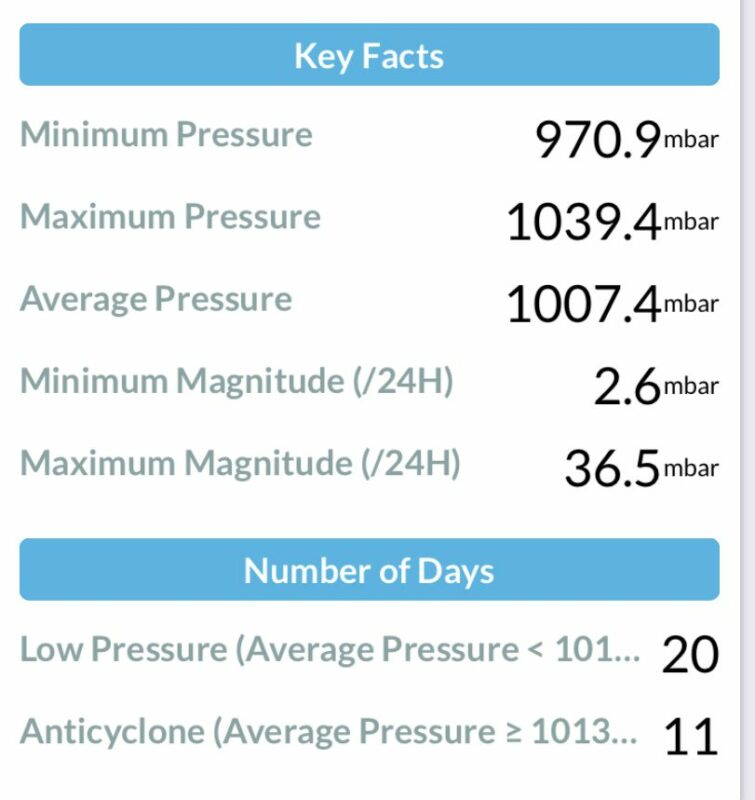