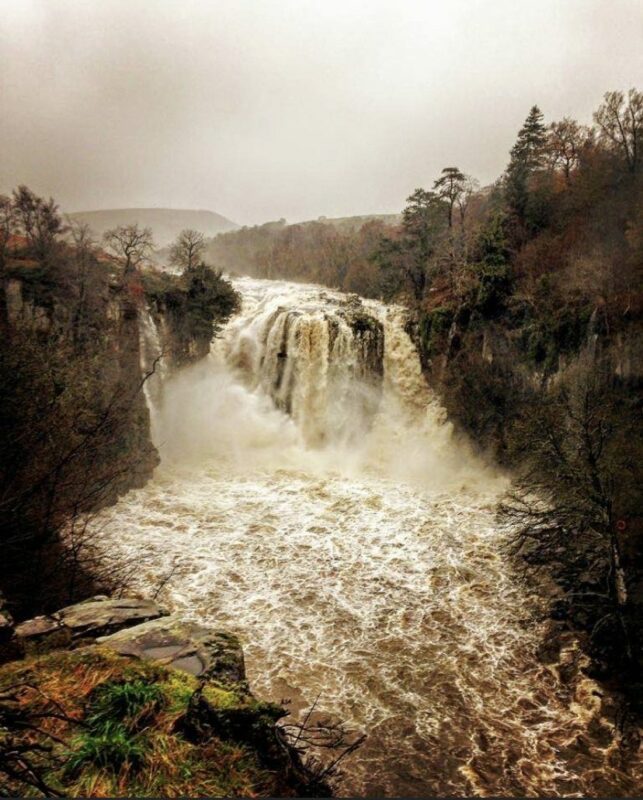 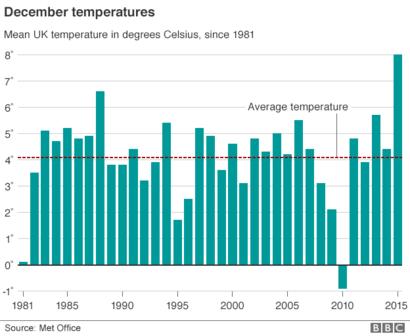 December 2015 was easily the mildest December on record. The mean of 7.8 degC at Durham was 3.9 degC above average.

Amazing that only 5 years separates the cold December of 2010 and this one. 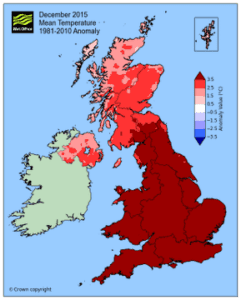 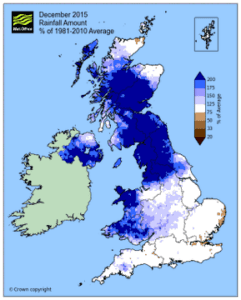 Numerous species of plants flowered months early, believing it to already be Spring. There were 4 nights when the temperature remained above 10 degC.

Met Office : Further rainfall and flooding across north of the UK