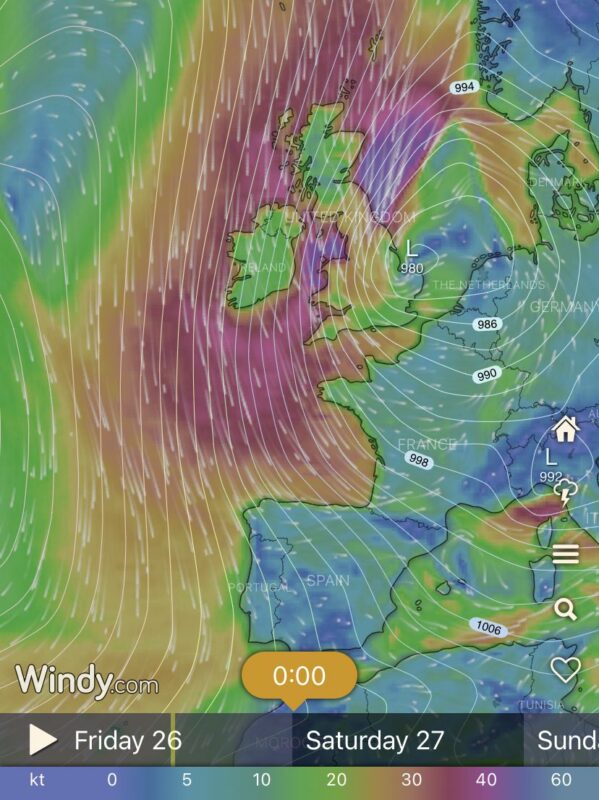 We don’t need to do this often here, but the North East of England is at threat from Storm Arwen, an extremely potent storm system that will affect us overnight on 26th/27th of November.

Here is the advisory. Please take heed and keep yourselves safe. No doubt there’ll be the urge to capture epic weather pics/videos, but please don’t put yourselves at risk.

I’ll be doing a special article once we get through it. Batten down the hatches and fingers crossed. 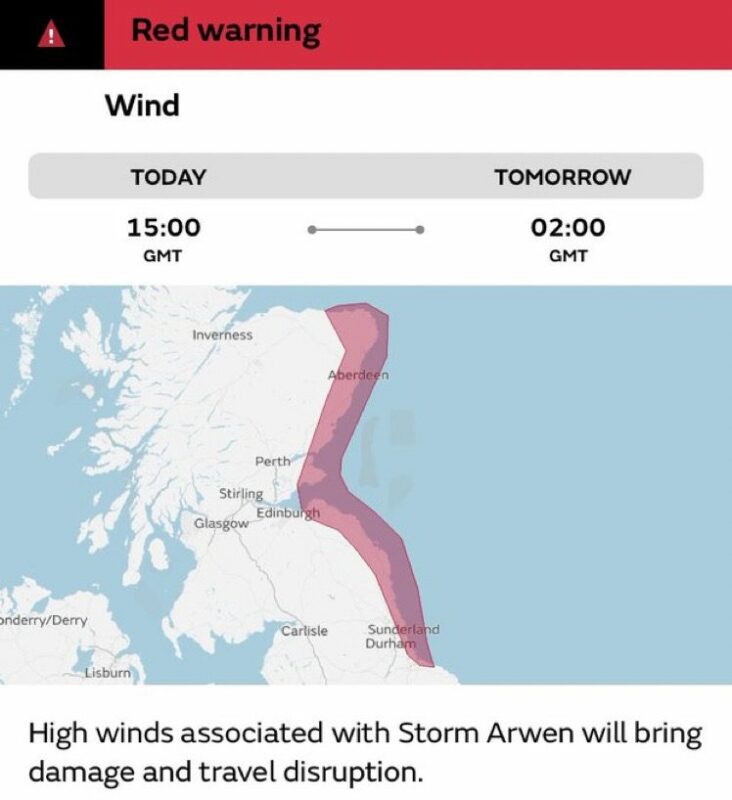 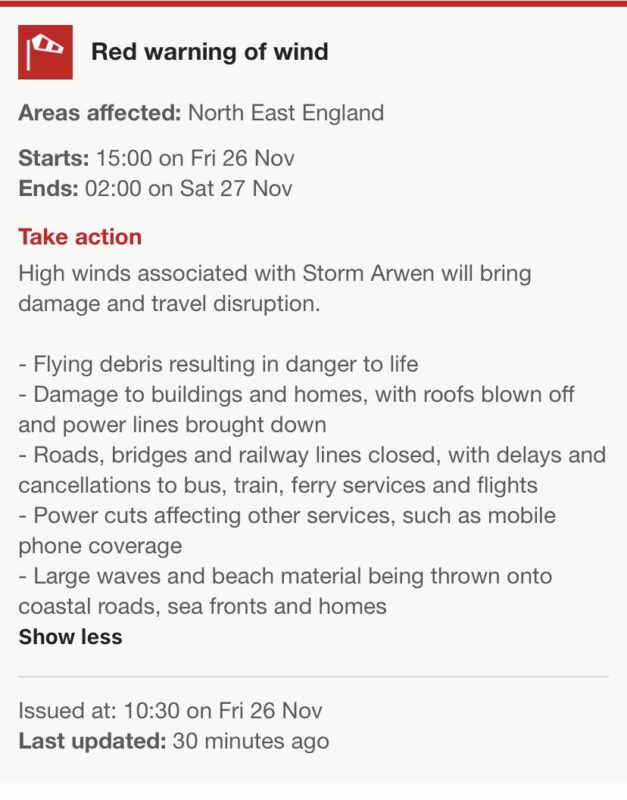 I thought that it would be useful to provide a supplementary update to the Durham Winter update after what has been a difficult night.

In some locations winds have nearly reached 100mph, this combined with rain and snow on the higher ground has caused damage to buildings, flooding and a large number of trees to fall and close roads across the county.

The drifting snow and high winds have closed roads at the following locations, gritters and additional plant continue to clear these areas

A67 Bowes down to 1 Lane due to Power Line down

We have been informed there are power outages in Upper Weardale/Teasdale and part of Toft Hill also damaged phone masts are hampering communications in some areas. Wolsingham depot has no power and the staff have relocated to Tindale, vehicles are refuelling from Meadowfield and Tindale, additional support staff on top of winter/eats are 4no 2man gangs dealing with flooding.

Once cleared they will continue to support with the tree clearing operation, CRM received + 200 calls throughout the night. After moving the obstructions there will be an extensive clean up operation required to clear the debris working closely with colleague in Clean and Green

Both snow blowers including nursey vehicle are working in Weardale Area and 5no loading shovels snow clearing in High Pennine & Low Pennine domains.

The forecast is sub zero almost county wide with extreme cold conditions in High Pennine domains tomorrow morning so we are trying to reopen as much of the priority network as possible during the day.