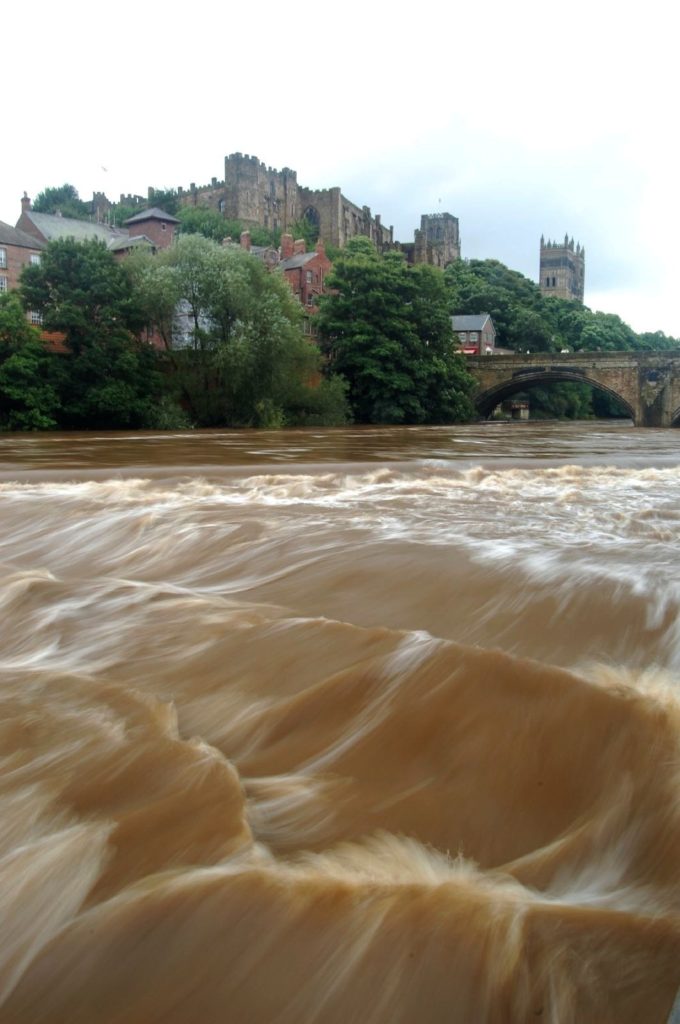 The River Wear in spate again in mid September 2008. The main wear, normally visible about 4ft above the river is almost totally submerged. The river was 6” away from bursting it’s banks.

This was the scene in Croxdale in September 2008 as firemen begin the cleanup process after another flooding episode at The Honest Lawyer Hotel. The River Browney burst it’s banks and inundaded the hotel and motel rooms. 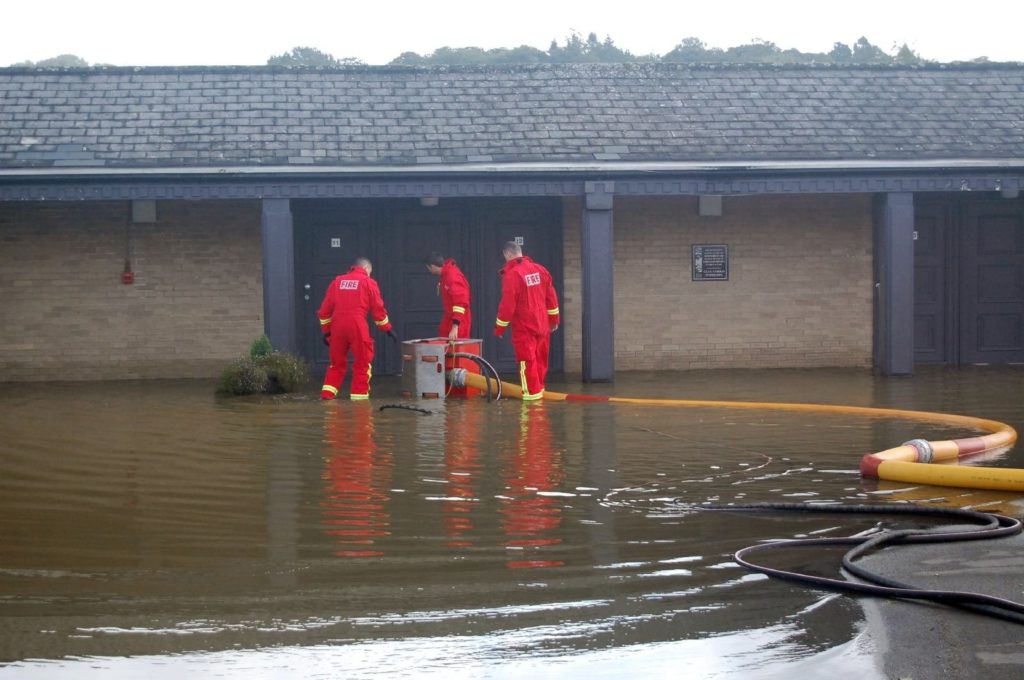 Further North in Northumberland, there was a disastrous flood in Morpeth on 6th September.

The centre of low pressure was slow-moving over Cent England on the 6th. There were continuing heavy falls of rain overnight across N England, with much of England, Wales and S Scotland seeing rainfall.

The event of 6 September 2008 was in many ways typical, and has been well-documented. The floods on this occa- sion were brought about by 24 hours of persistent rain causing the River Wansbeck to burst its banks, flooding the town (Figure 4) and causing damage estimated as costing £40 million.

The cause was in contrast to that of the previous serious flood, on 7 March 1963, which was due to the thawing of deep snow that had accumulated over the famously-cold preceding winter. The 2008 event was associated with a slow-moving but active frontal system. In this case the centre of low pressure lay to the south of the region exposing it to easterly winds, turning this normally sheltered side of the country into an exposed region and producing an estimated 80mm or more of rain in the pre- ceding 24 hours over the catchment. The distribution of precipitation over Britain on the evening of 5 September is illustrated in Figure 5: the control exerted by the slow-moving fronts across northern England is clearly seen.

An important causative agent was that the preceding summer had been wet, the Northumbrian region having experienced 200% of average rainfall in July and August, so that soil-moisture deficits were very low. The catchment consists of narrow, relatively steep-sided valleys, encouraging the rapid movement of water into the tributary channels upstream of the town; the Environment Agency estimated that as much as 54% of the rainwater took the form of this runoff. But these rains were widespread and many gauging sites in northern England recorded new record peak flows (Environment Agency, 2009) and it was the combination of the factors noted that brought about this disaster.

There was an almost identical repeat of these conditions in the town (whose motto, with an irony not lost on local residents, isInter Sylvas et Flumina Habitans or living between woods and waters) on 25 September 2012.

From “Regional weather and climates of the British Isles – Part 4: North East England and Yorkshire” by Dennis Wheeler, University of Sunderland, Weather July 2013.