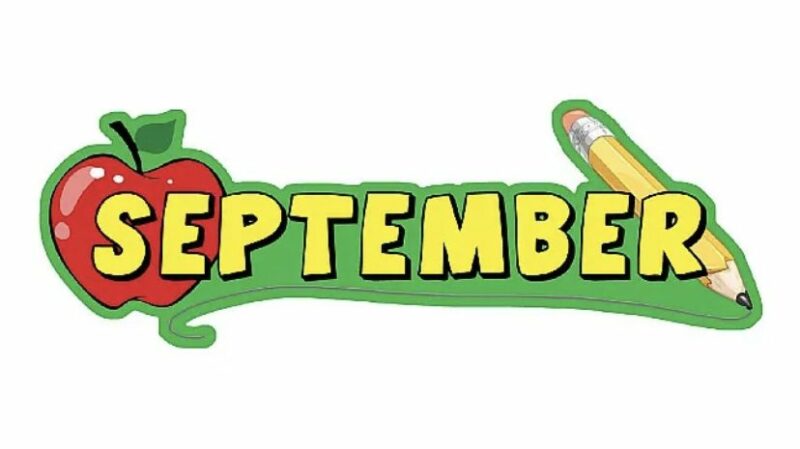 Apologies for the late posting of September’s report.

September 2021 continued the warm summer theme into autumn. There wasn’t exactly an abundance of sunshine, but it had a very pleasant feel to it. As is usual with September, the temperatures don’t really start to drop away until the very end, and this year was no exception.

The conditions for September 2021 in Durham (climate averages in brackets) :

The temperature actually reached 20 degC or more on seventeen days in the month – quite impressive, with a high of 28.6 degC on 8th. The main warm spells were 5th-11th and 16th-26th.

As mentioned, the lowest temperatures came right at the end (6.5 degC on 30th), spoiling the mean a bit, although the countrywide figures show September 2021 as being in the top 10 warmest Septembers since the CET (Central England Temperature) record began in 1659. It was nearly as warm as August (although August’s figure was poor).

Rainfall was slightly below average, with only two really wet days contributing most of it. 15.5mm fell on the 10th and 13.0mm on the 27th. The rest of the total was well spread, although the 16th-26th (the second warm spell) period only yielded 0.2mm. 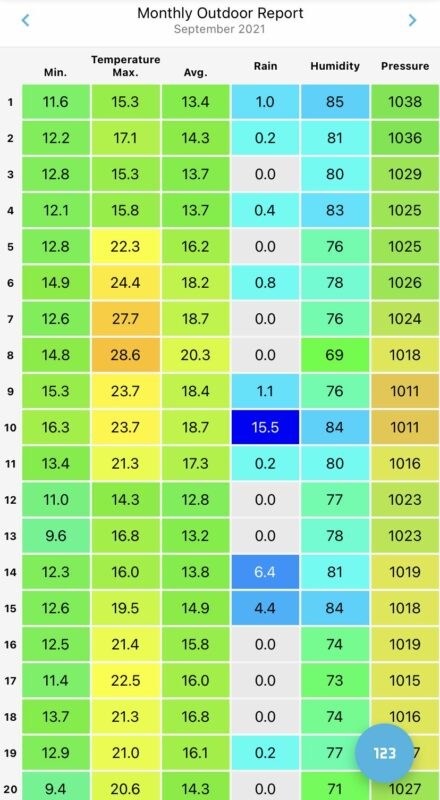 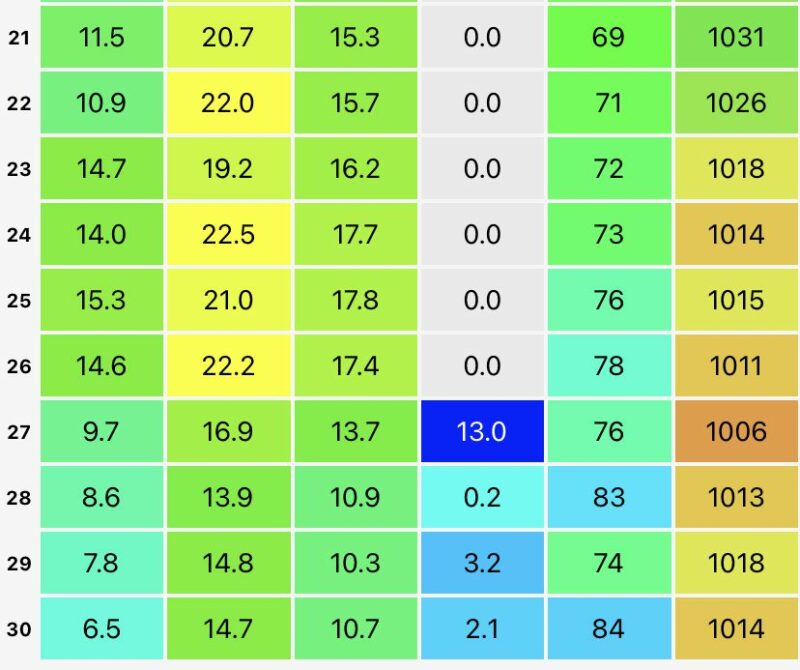 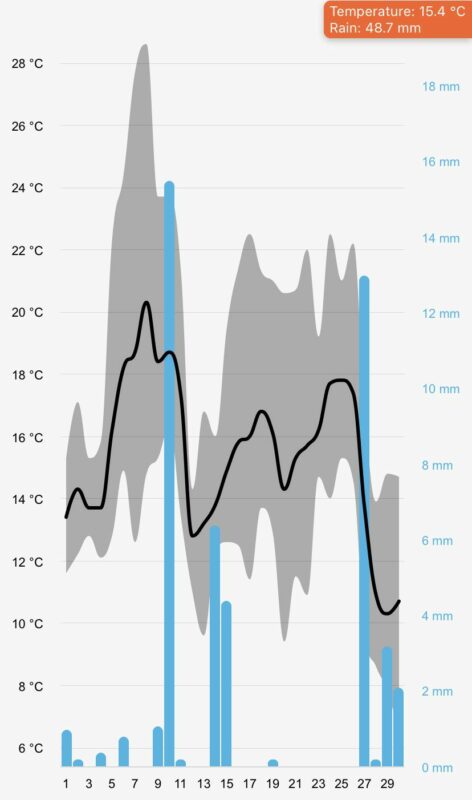 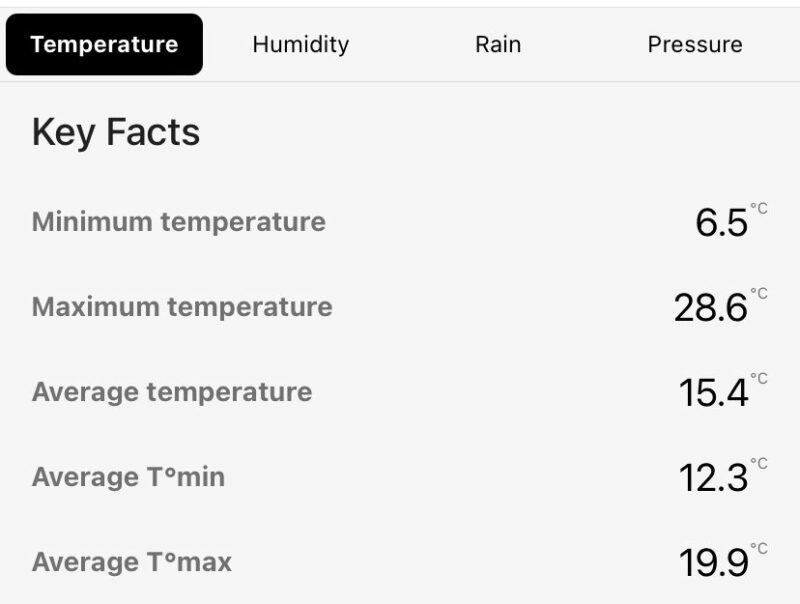 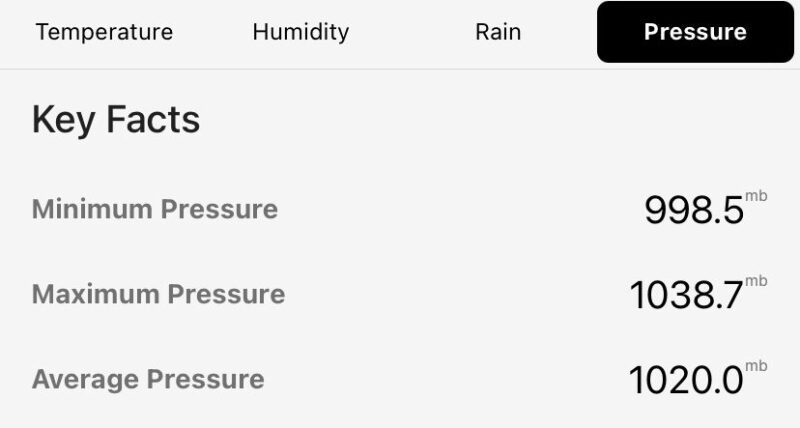