The New Year opened much the same as the old one ended, with dry benign weather and extraordinarily persistent High Pressure for the first half of the month. The high was a cloudy one, so temperatures stayed above freezing, with no fog or frost. It’s very unusual for a January to have such a high average pressure and not be cold and frosty.

Alarmist headlines were again plentiful in the tabloids, with lots of doom laden promises of snow-bombs and Polar vortices, the writers not really having a ‘scooby’ what they were writing about. All done to generate paper sales.

By 17th we got a strong Northerly flow and this drove snow showers inland along areas exposed to the wind. A slight covering of snow resulted.

Conditions continued generally cold in the second half, with the coldest weather reserved for the final day. Temperatures fell overnight 30th/31st to -5.9 degC, which is pretty impressive without any snow cover. The snow did arrive the following night though, with a 2″ powdery covering going into February.

Mean temperature for the month was 4.1 degC, which is slightly above the long term average for January (3.8). There were 10 days with air frost altogether.

The low level of rainfall was remarkable for a January total. 10.1mm is about 20% of what is normally expected here. 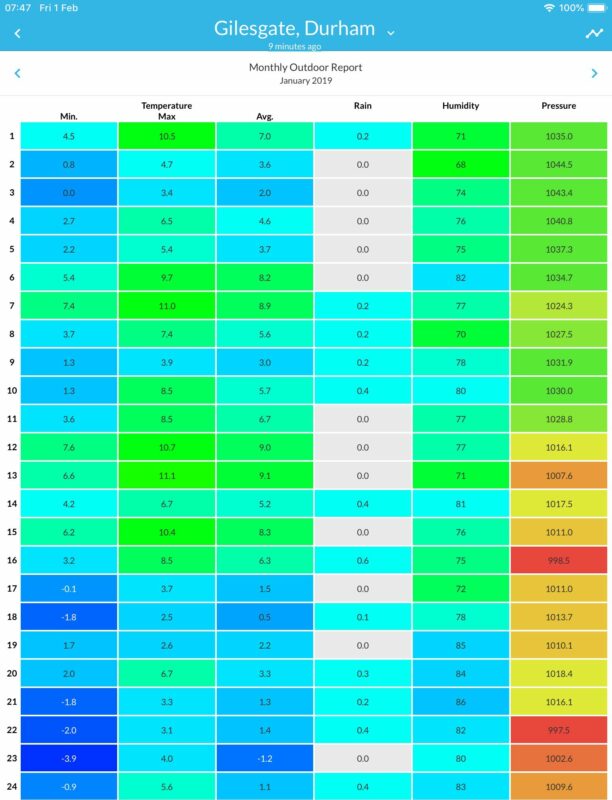 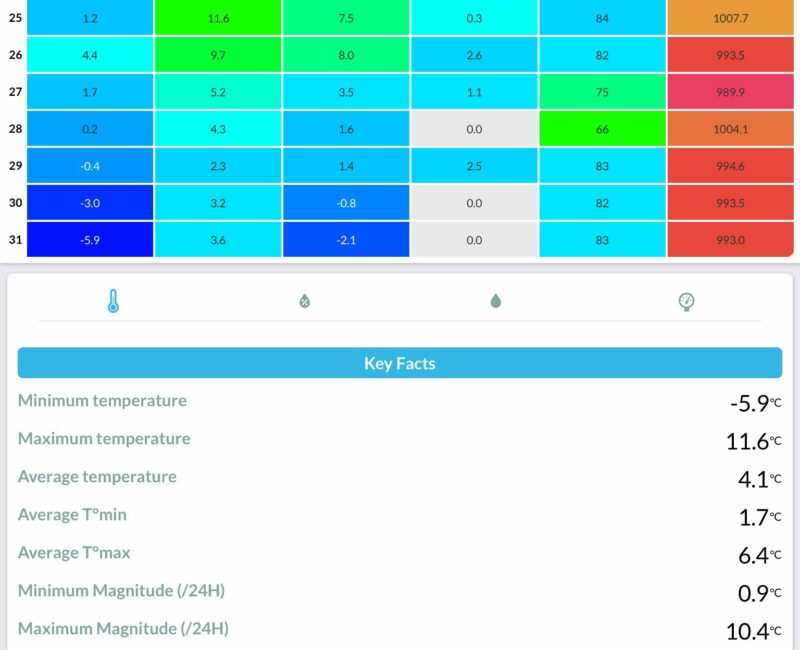 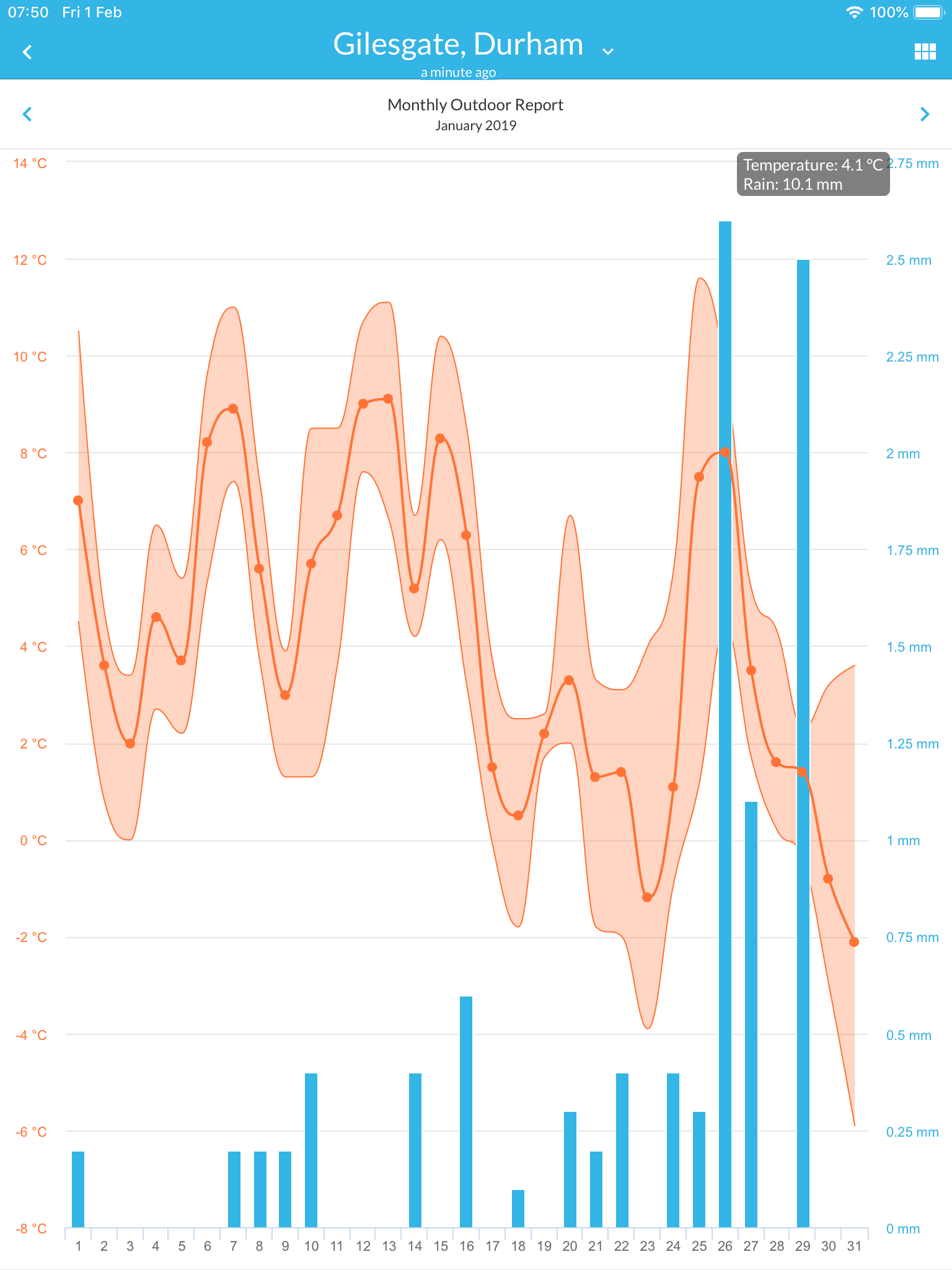