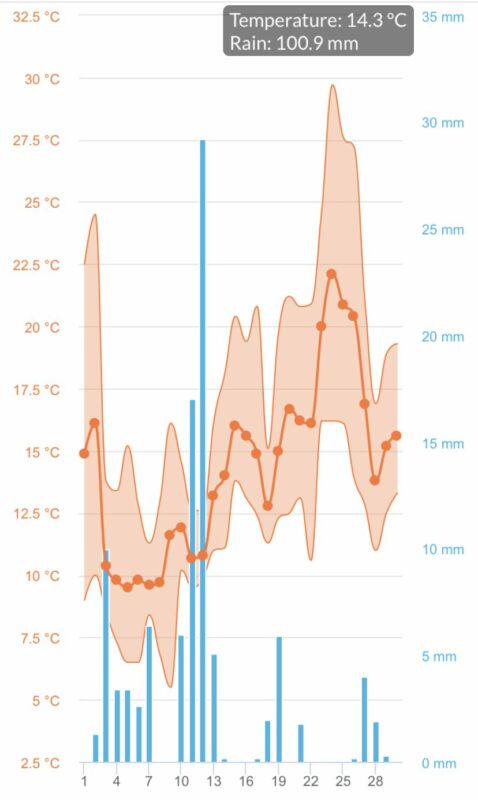 Overall, June was warmer than average, but there was a very cool wet spell in the first half of the month. The mean max was +1.1 degC above normal and the mean min +2.0 degC above.

Between the 3rd and 12th, the maximum temperature was only 16.1 degC (9th) and fell to as low as 5.5 degC on the morning that same day. A very cold day for June. It was also wet (see below).

Temperatures recovered strongly after the 14th, peaking on the 24th at 29.7 degC. In some areas of the country it was the warmest for that date, beating the record set in 1976. From the 23rd to the 26th it averaged over 20 degC in Durham. Very sticky sleeping conditions.

The second half of the month was very warm and pleasant. 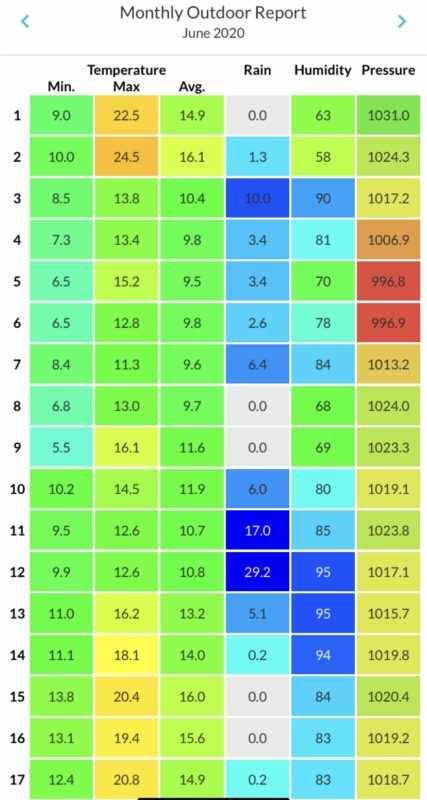 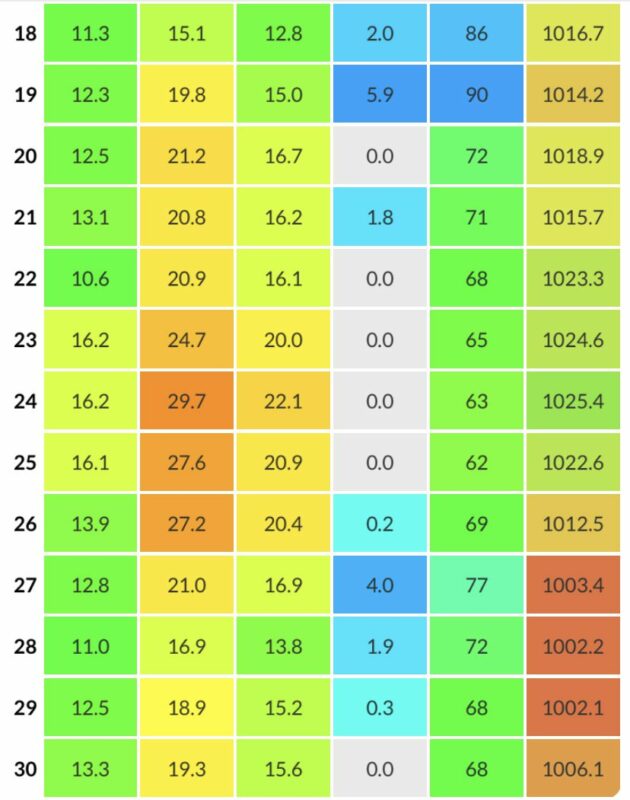 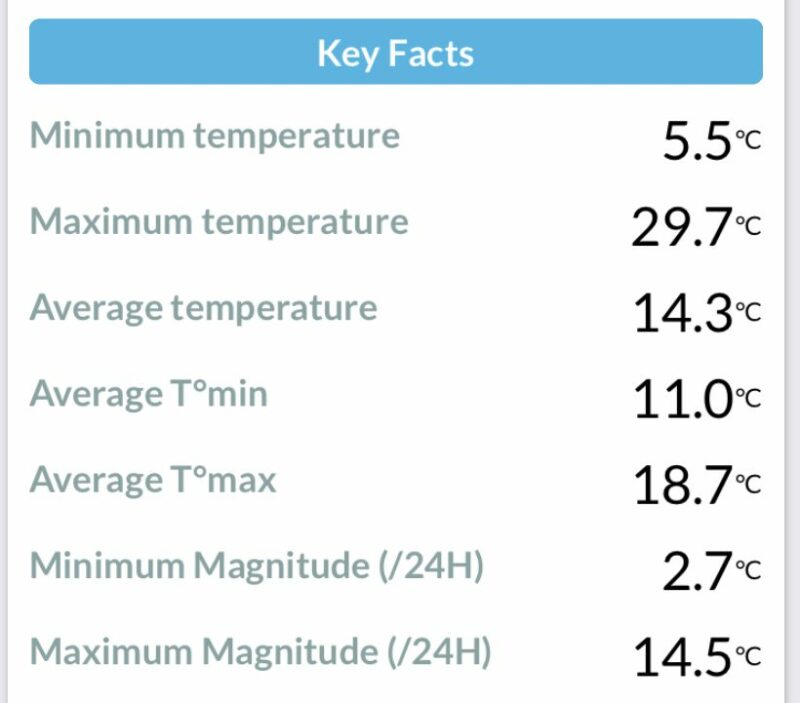 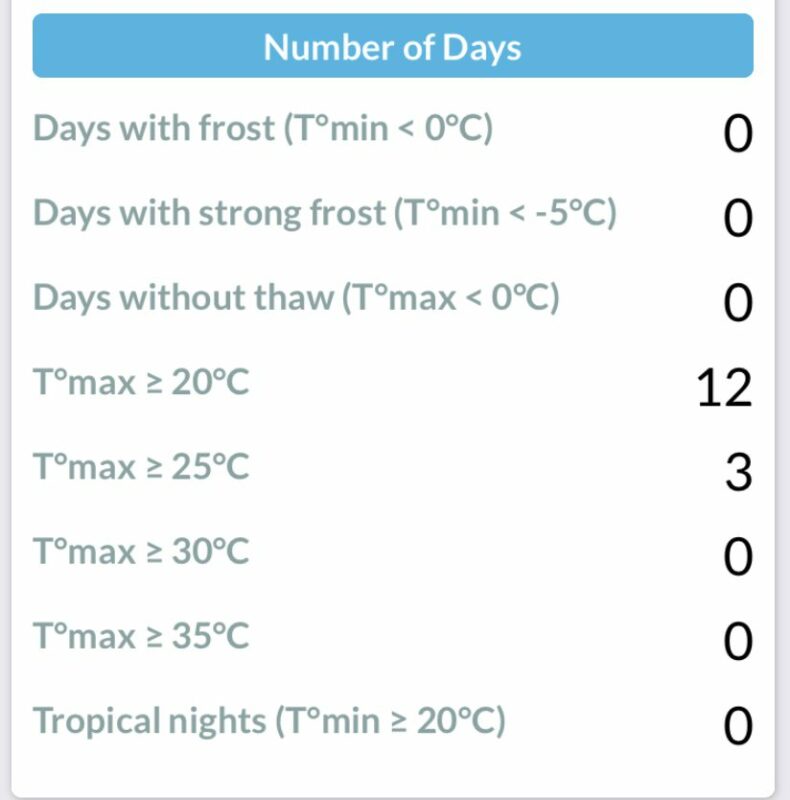 After a very dry spring, June returned to the type of previous years, particularly in the first half.

83.1mm fell in the cool spell between 3rd and 13th. This made up most of the monthly total of 100.9mm. That’s getting on for double the normal for June. There were 19 days with rain overall during the month.

The wettest day was the 12th with 29.2mm, but  the previous day was also wet with 17.0mm, giving a 48hr total of 46.2mm. Most of that total seemed to be absorbed by the very dry ground – the river didn’t rise much at all. 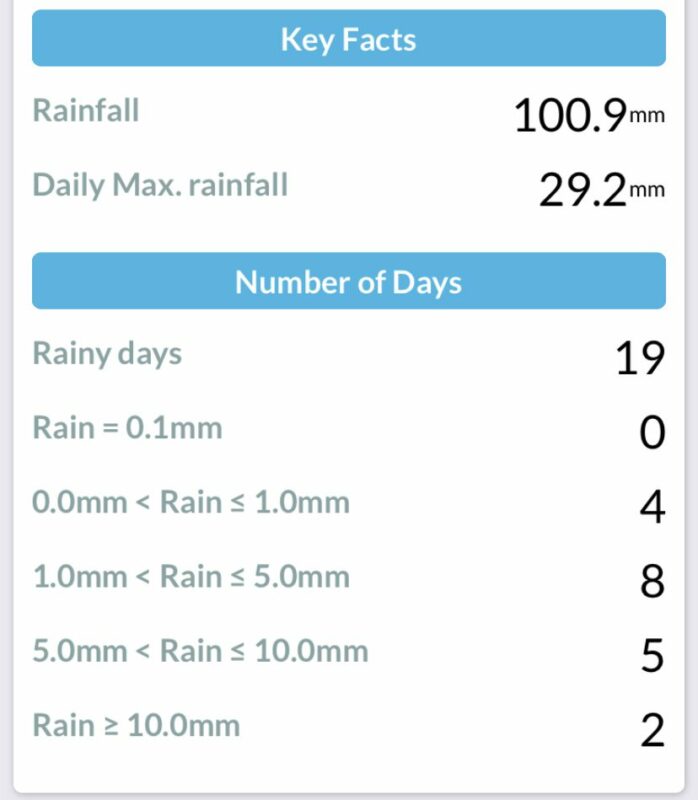 The month was mainly anticyclonic again, but there were some very stormy high winds in the cool spell in the first half and at the very end of the month too. 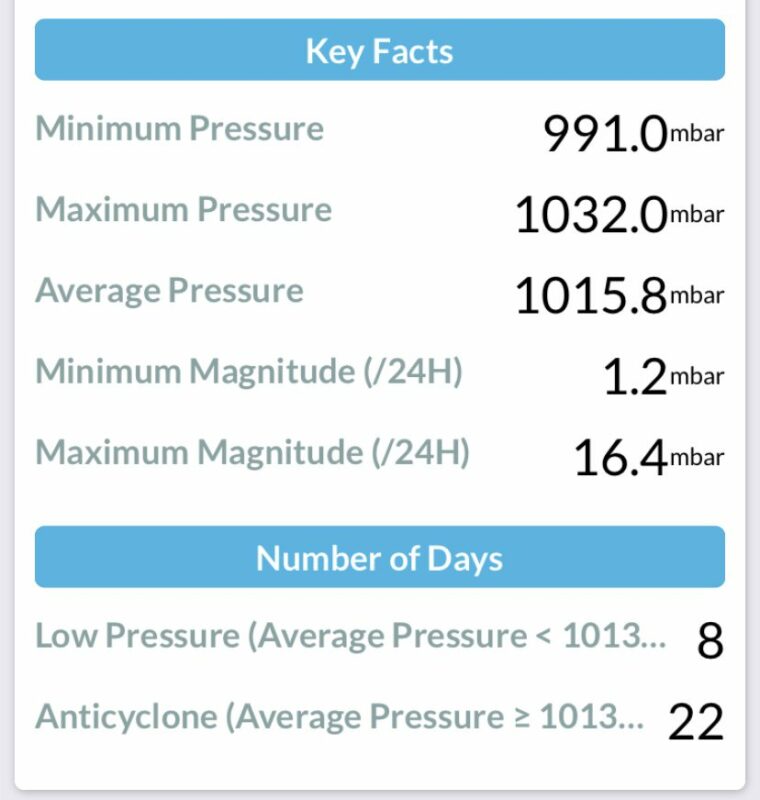