With Storm Christoph a noteable feature

After the warmth of January 2020, this month proved to be the exact opposite.

The month proved to be both wet and wintry, with an exceptional snowfall in the North East area on or around the 6th-8th of the month. Some photos can be seen here.

The month averaged only 2.3 degC, which is the coldest January in Durham since 2010.

Not unusually for a cold month, it had 13 air frosts recorded, with the lowest temperature of -4.2 degC on the 9th January. There were six days where the daily mean was below zero centigrade.

We didn’t quite manage an ice day, the closest being the 15th when the maximum reached a modest 0.7 degC.

Readers should ignore the anomalous high reading on 2nd January as this was caused by me changing the batteries in the outdoor sensor!

The monthly rainfall total of 136.6mm was notably high for a January.

The official Durham Met Office station at Durham University recorded 137.2mm, and Professor Burt tells me that this is the 2nd wettest January at Durham since 1850, only January 1948 being wetter (although by quite some margin)

The rainfall total was about 250% of average for January.

The air pressure was high for the first 18 days, before the arrival of Storm Christoph. The barometer fell to 976.8mb in that low pressure system, on the 21st.

Storm Christoph left serious flooding in many parts of the UK again, although the River Wear in Durham just about stayed within it’s banks. 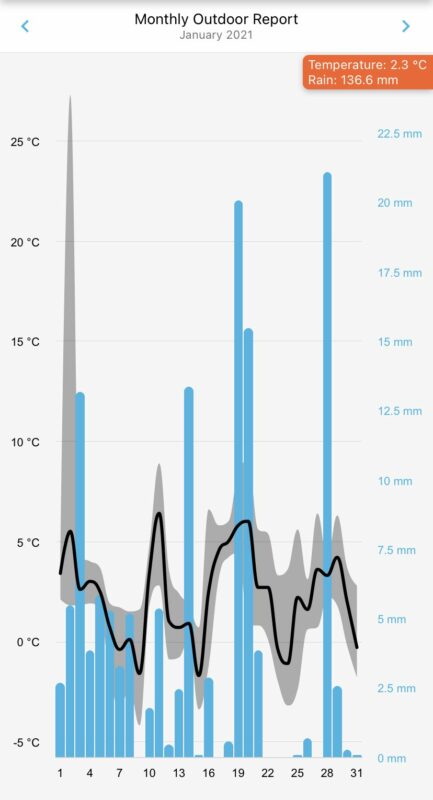 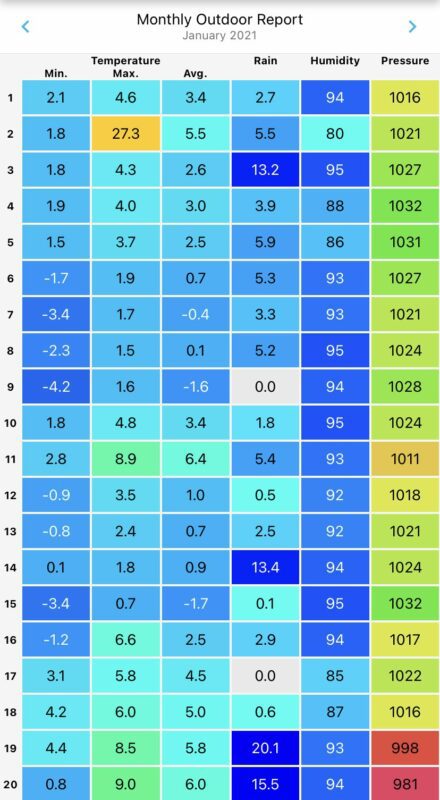 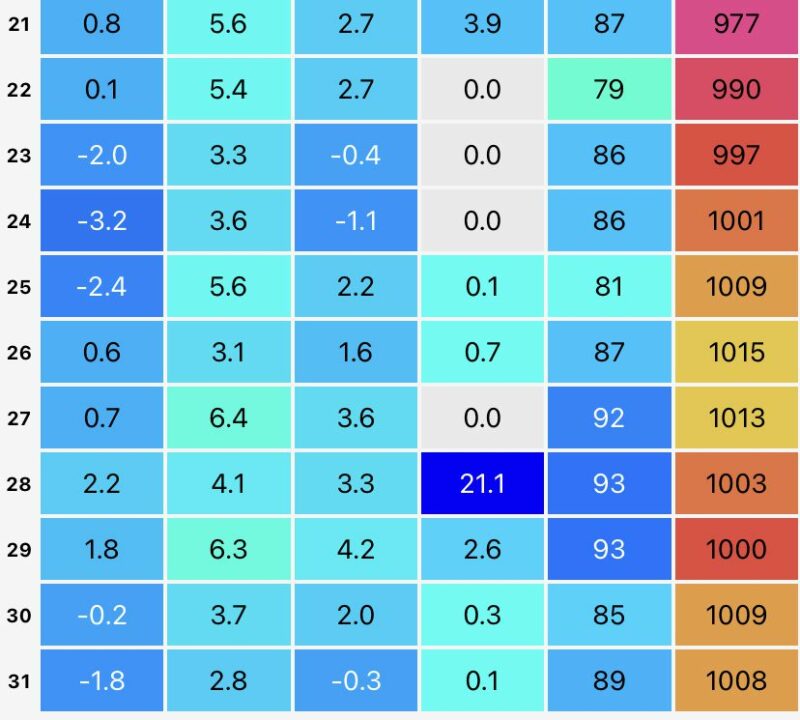 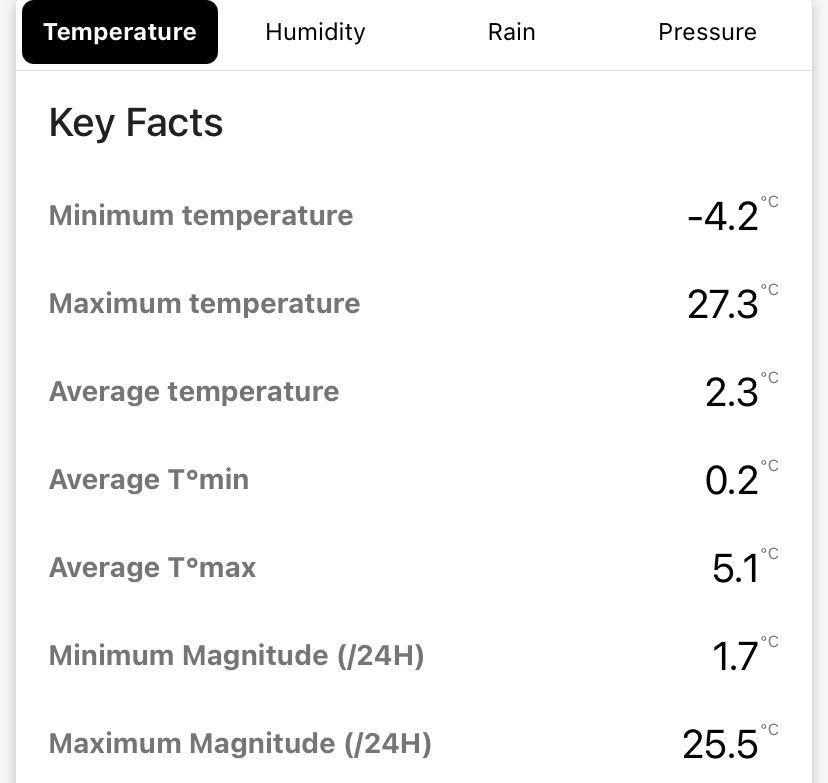 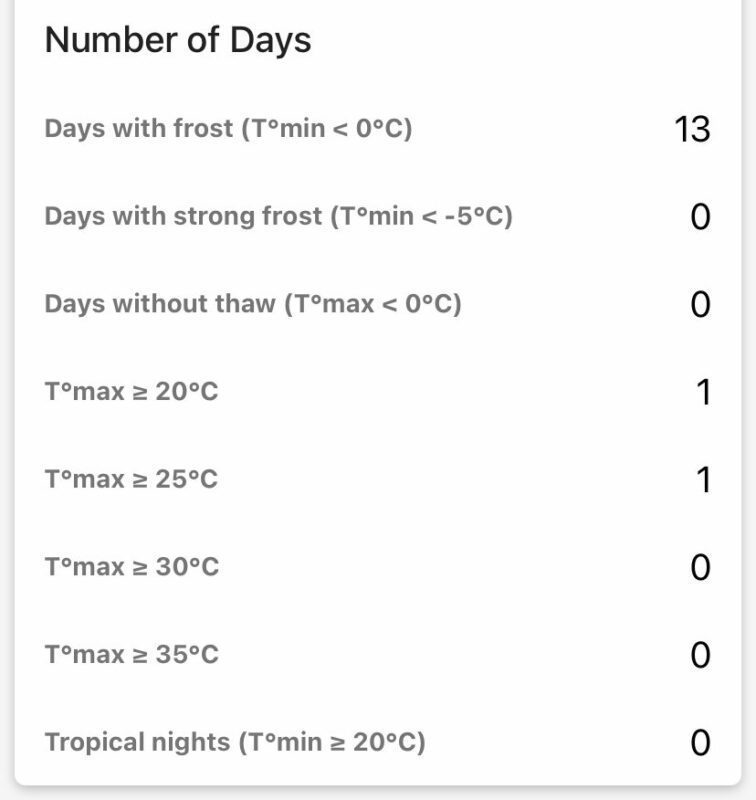 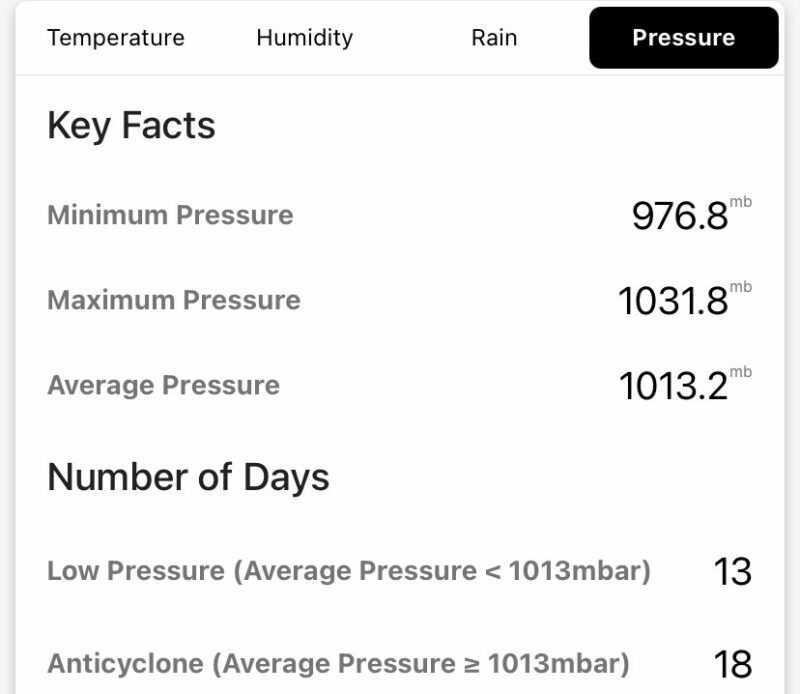 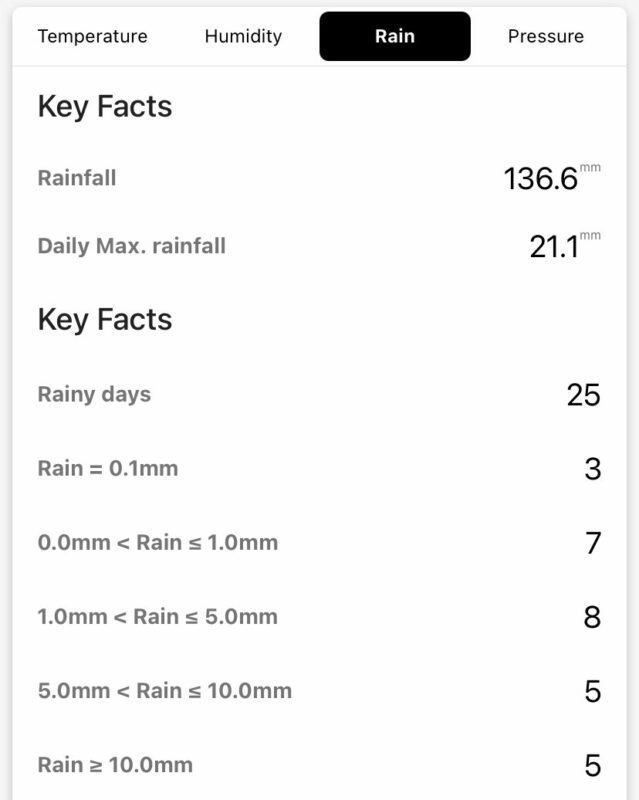