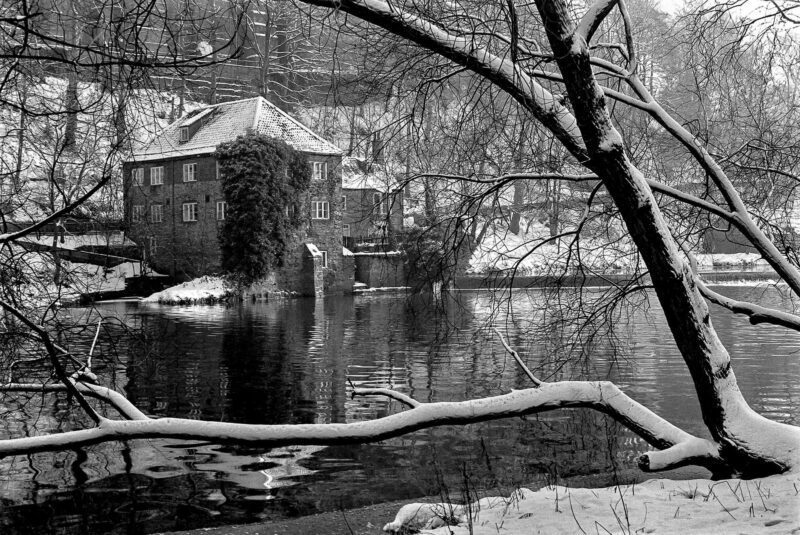 During the winter of 1983-84, there was a very snowy cold spell in the last week of January 1984. Scotland, Northern Ireland and the North of England were affected.

Here’s a nice couple of black and white photos of the Fulling Mill and Cathedral taken by Craig Oliphant, who has very kindly given his permission to publish. Ice is just starting to form in the still water above the weir. 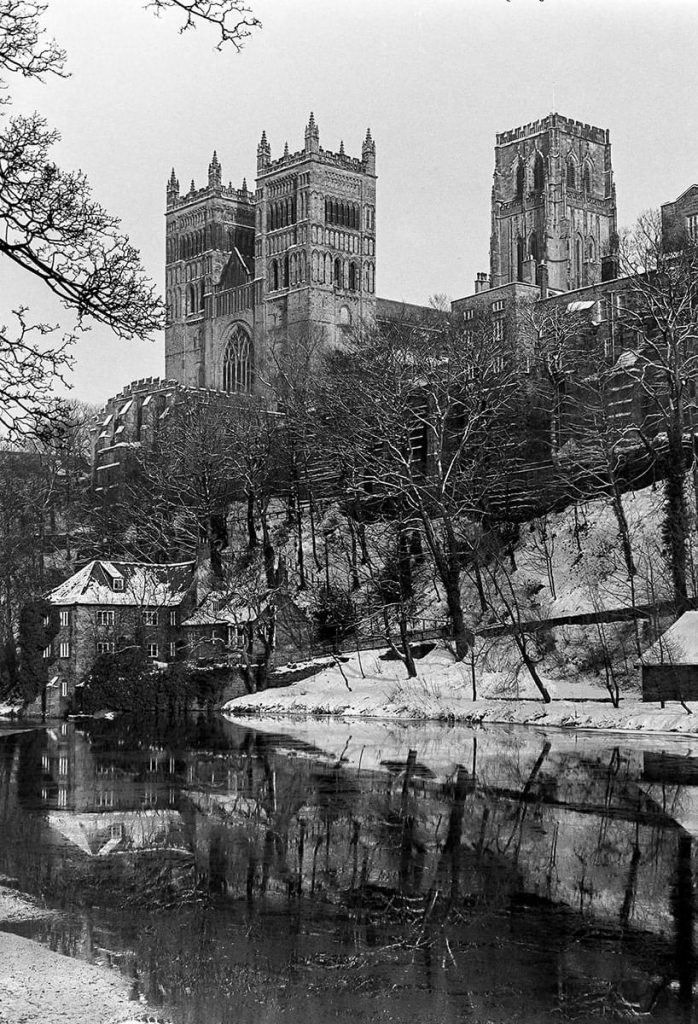