October 2019 was more akin to the typical model of what October should be in the UK. Autumn storms propelled by the Atlantic, rain and plenty of it and none of the unseasonably warm rubbish, quite the opposite in fact. If you like warm Octobers, tough luck, this wasn’t one of ‘em.

October was actually a colder than average month. It was wet again, following the trend of soggy months since June. Nearly 480mm has fallen in the June-October period. Rainfall was spread over the whole month, with the first week being the wettest. Only 8 dry days in the month, the total came to 108.1mm, which is nearly double normal (60.9mm). We didn’t seem to have any of the flooding they had in the rest of the country though, which was good.

The absolute max temperature for the month was only 14.2 degC, on the 8th, and the minima were frequently low, particularly in the last week, with a couple of mornings with ground frost and the need to scrape car windscreens. The mean for the month was 8.4 degC (max+min/2) and that was 1.4 degC below the long term average, but a calibration must be applied and that is +1.0 degC, so still slightly below average. 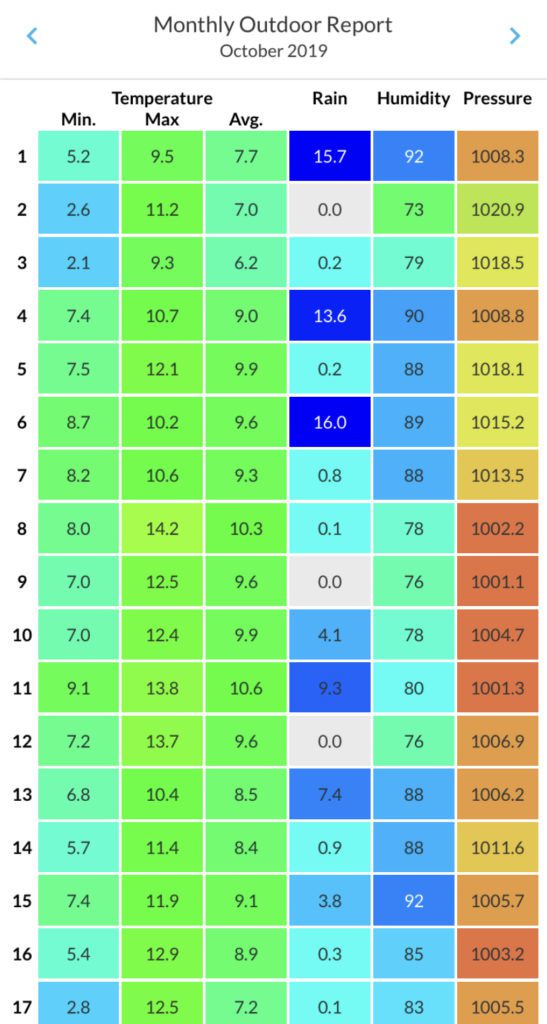 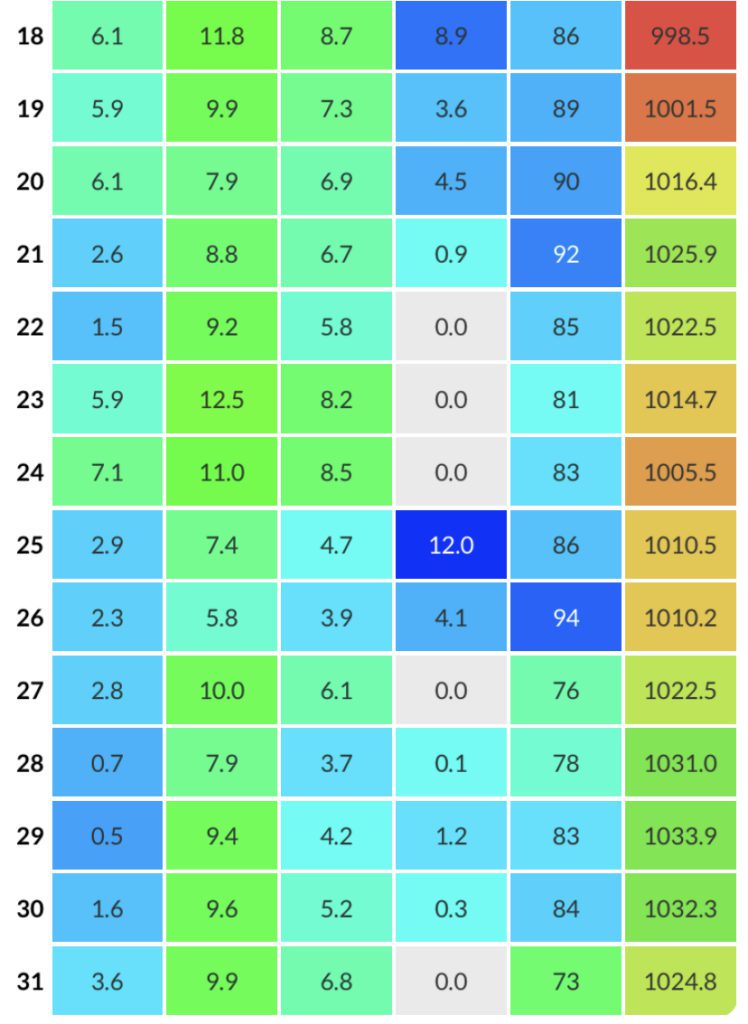 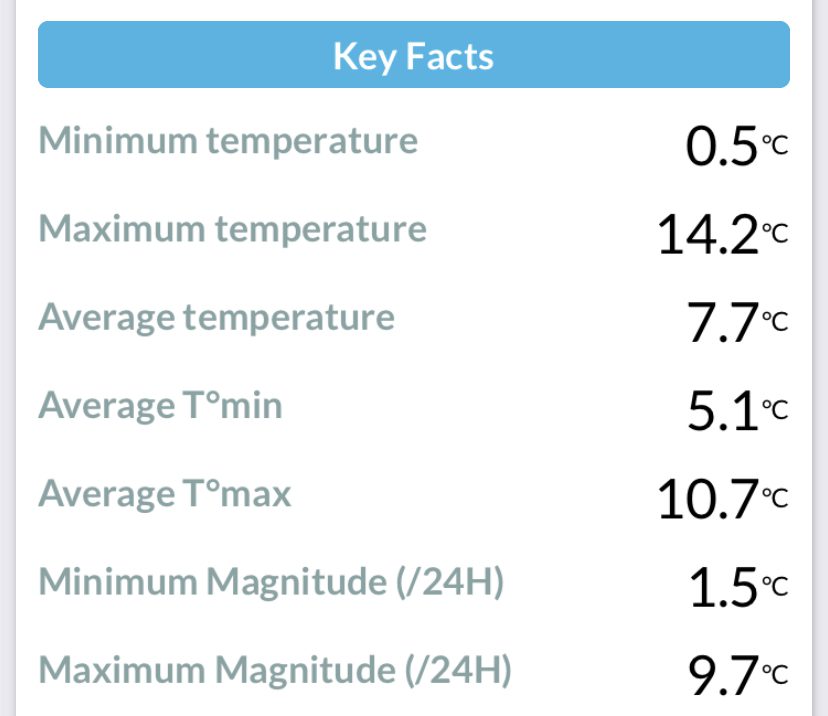 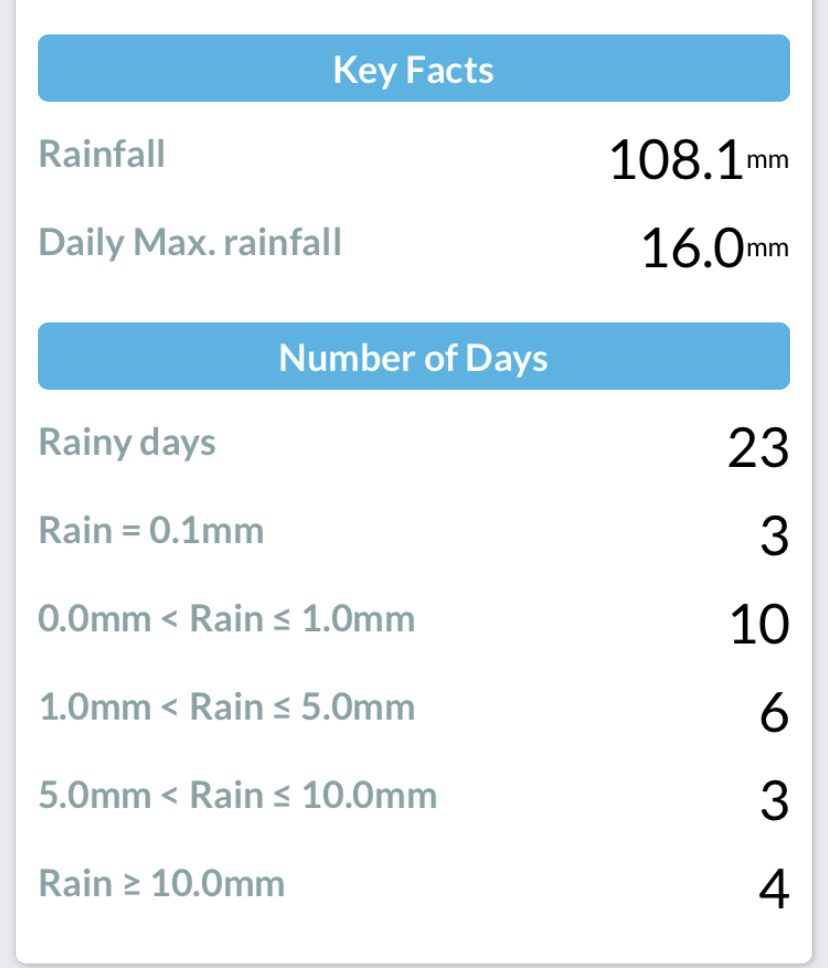 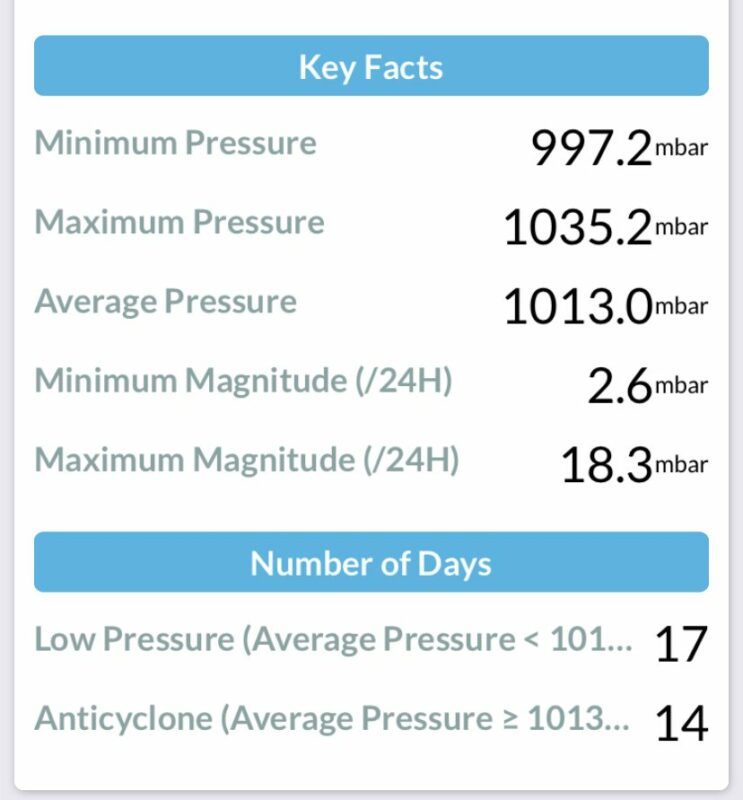 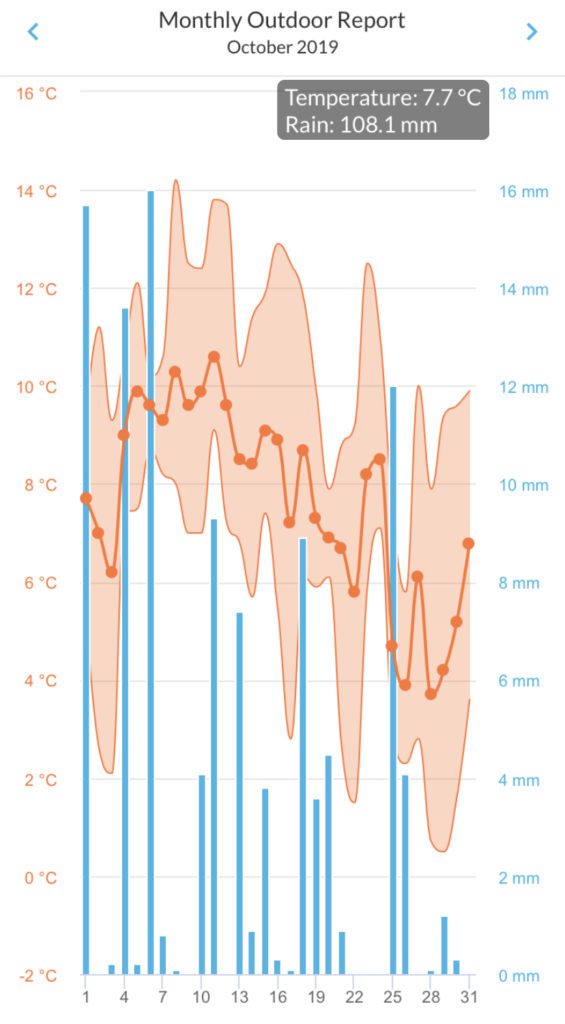