April 2020 was an extraordinary month in more senses than just Weather.

By now, you’ve probably noticed that we’re still in lockdown. The confusion of the second half of March continued into the first part of April, but I got the feeling that people were gradually getting used to it. The weather had also been tempting to those who were desperate to be outside.

See some photographs from lockdown in Durham

Although I don’t record it at Durham, the Met Office have said that April 2020 was exceptionally sunny. This was apparent to me because we’d spent a good deal of time out in the garden whilst coffee shops, pubs and restaurants were out of bounds to us.

It was also a very mild month. In fact, the mean maximum temperature was way above what I would expect for April. The normal for Durham is 11.9 degC. In April 2020, the mean maximum was 14.8 degC (+2.9). The mean minimum was also well above normal at 5.5 degC, which is +1.8 degC above average. It reached 20 degC on 3 days – the 8th, 11th and 15th. So the second week was undoubtedly the best, although the 13th was a notably cold day as the High Pressure brought cold winds off the North Sea. The maximum was only 7.3 degC. There was also an air frost the following night, the only instance in the month.

As well as the previously mentioned warmth, April was phenomenally dry. There was only 3.9mm of rain recorded for the whole month. That is probably in the top 10 of driest Aprils at Durham (I await the report from the official Durham University station as this will give the definitive narrative).

The cause of the good weather? Undoubtedly High Pressure systems which seemed to be in and around the UK for most of the month. If we define the High/Low borderline for Air Pressure at 1013mb, then April had 26 Anticyclonic days, compared with just 4 cyclonic ones (all at the very end of the month). The High Pressure did tend to wander though, and subtle changes in position made big differences to the weather we experienced. 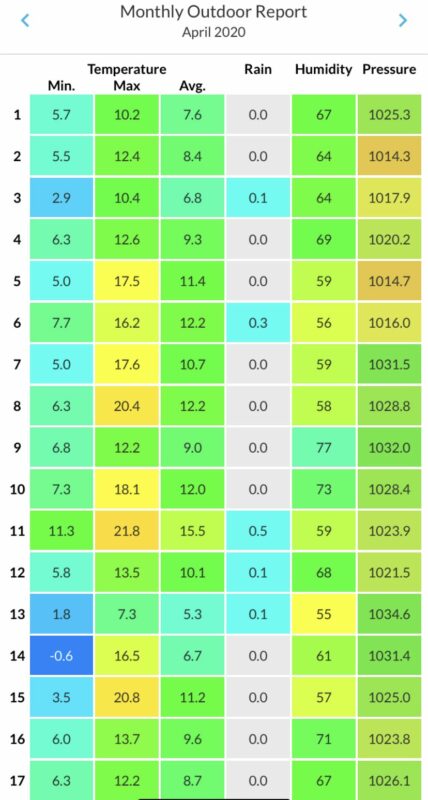 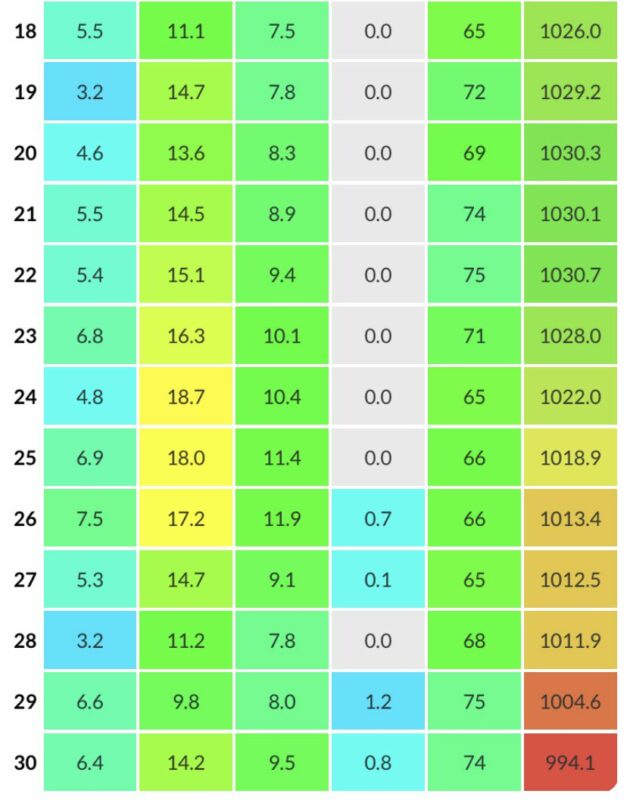 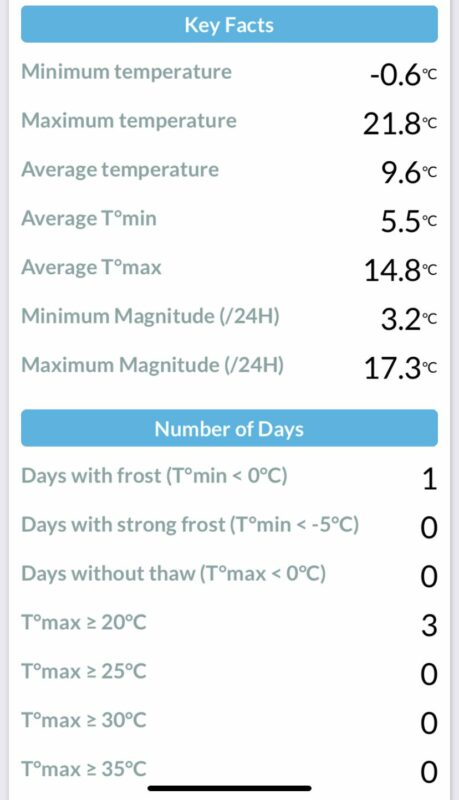 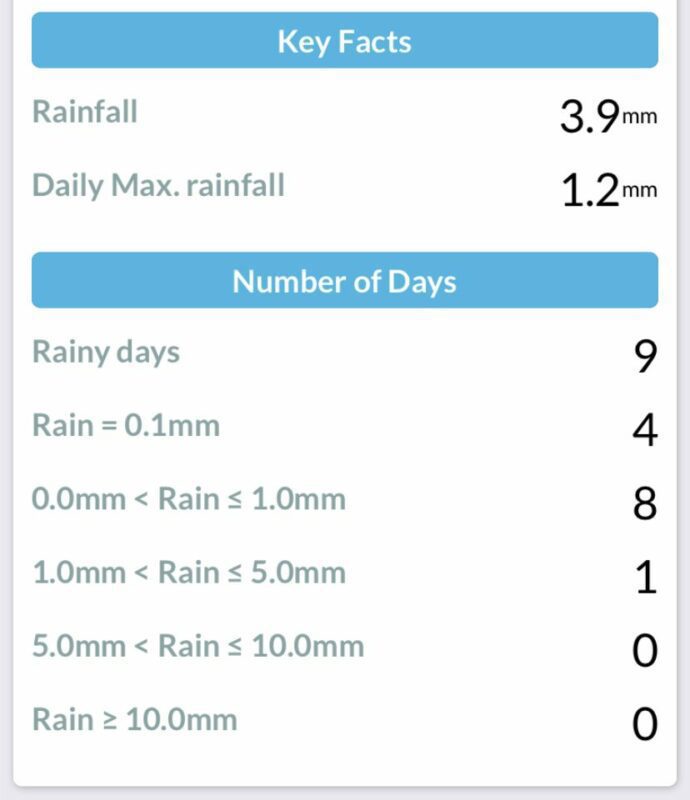 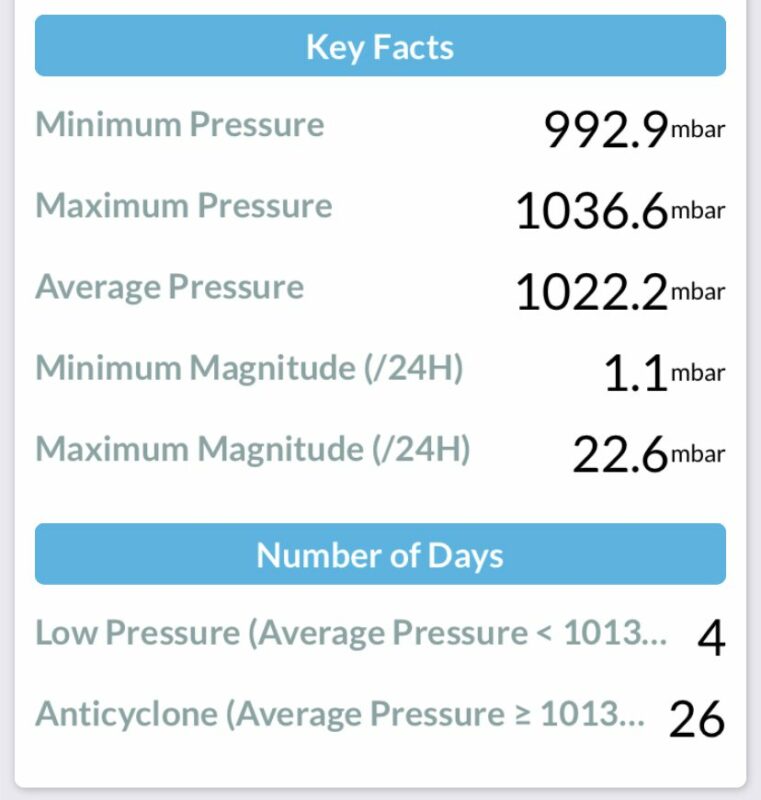 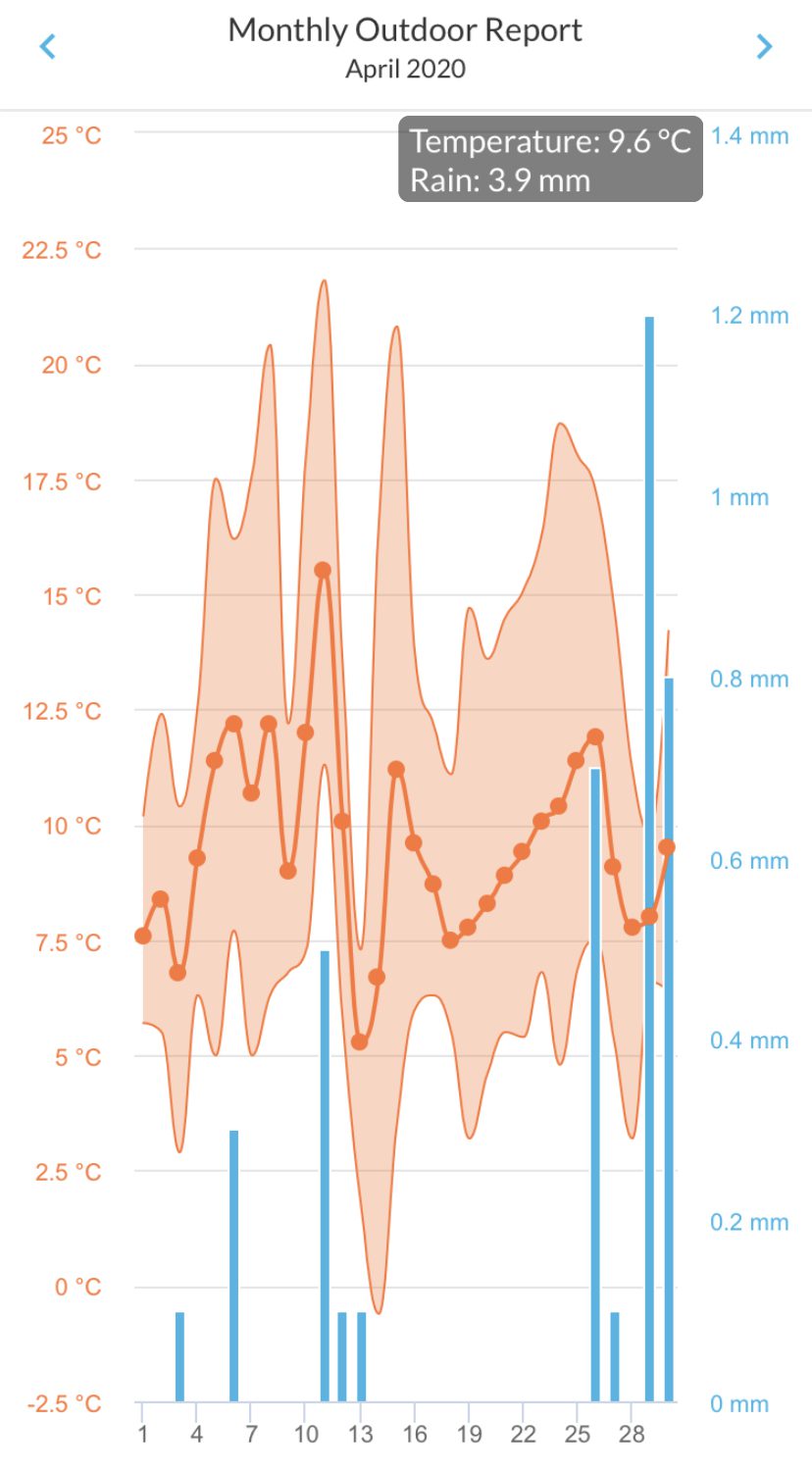