April 2007
Yet another record breaker, April 2007 was a whopping 0.6 degC warmer than the previous warmest April (1865) on the Central England Temperature series. Again, a long term record beaten. Also noteable is the fact that 2006 was the warmest year on record and the first third of this year is more than 2 degC warmer than the equivalent period in 2006. Quite incredible.

The Ferryhill record for April 2007 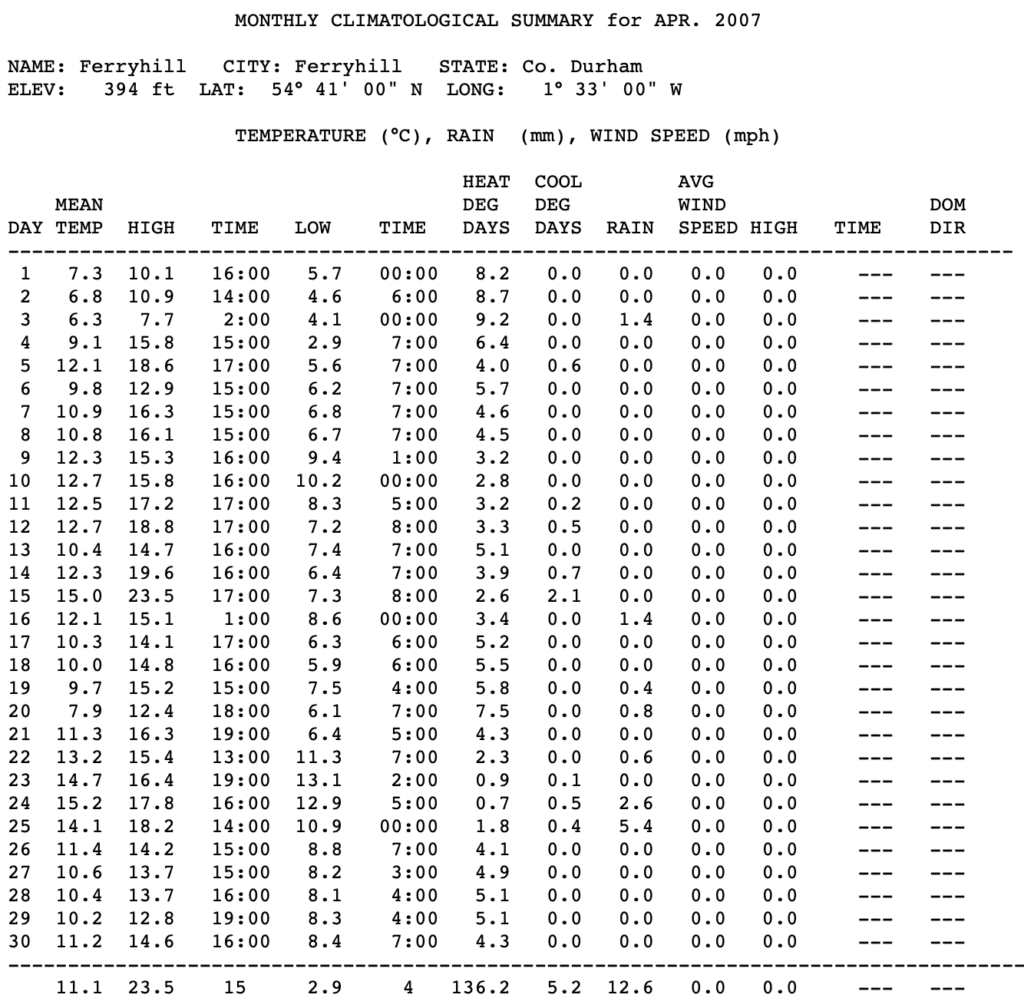